Fear the fear as an entrepreneur

In 1994 I was 21 years old, house painter and financially broke. One day I decided it would be cool to produce digital city guides on CD-ROM. Being unable to program, having little to no knowledge of design or interfaces, and having no knowledge of marketing or setting up a company was no barrier for me of starting. I was someone without fear.

A year and a half later, all newspapers and magazines in the Netherlands were filled with articles about a recently released revolutionary city guide with which you could - just like with Google Streetview - walk through the streets of Amsterdam. Discover Amsterdam was born.

We were far ahead of our time, but afterward, we could never have achieved what Google did in 2001 with Google street view. Five months later and the sixth city guide, the difference in revenue and expenditure was so significant that we had to stop. The company Quince transformed from a digital city guide builder to an advertising agency and grew into a thriving international company with 120 employees in 3 countries. 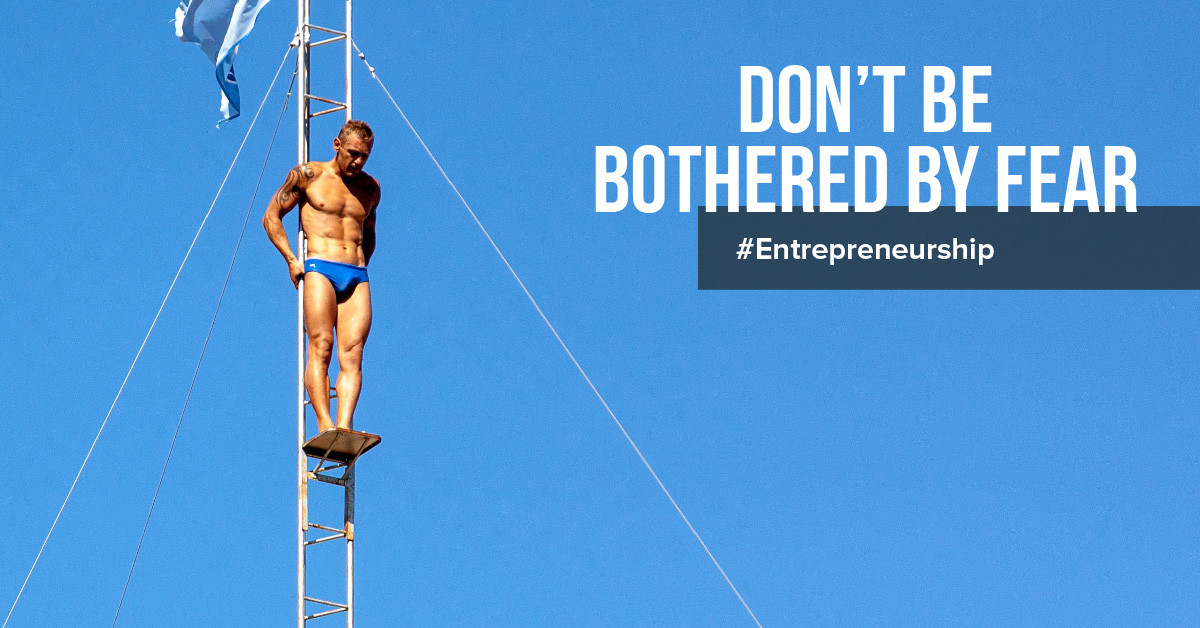 Don't be bothered by fear as an entrepreneur

Not hindered in any by any shame, fear of failure, or solid knowledge, I tried and succeeded in what so-called experts in various fields of expertise could not. That has made me, as a serial entrepreneur and strategic sparring partner of many national and international entrepreneurs and companies, argue to be only afraid of fear.

1. You can't build a team without money! That's possible.

I had no money, no network, no rich dad or family, and no knowledge required by the standards and expertise to start a business. I had an idea. A city guide on CD-ROM with which you could walk through the streets of Amsterdam based on 360-degree panoramic photos and view hotels and shops.

By placing an advertisement on the bulletin board for the idea of the project of the local software development university, a team of 33 students was created within three weeks who participated under the following conditions:

I repeated the same at other universities, gained knowledge of marketing and finance. Most of the team members have stayed for two years, and I still work with some students from that time.

2. The technique did not allow 360-degree panoramic photography in 1994! That's possible.

Nobody knew at that time how to create 360-degree panoramic photography. Not to speak about digital photography. I spoke to every photo specialist in the Netherlands, and it would be impossible.

One of the developers thought it was a challenge and developed a photo-wrapper-app (that's what we called the application) where 360-degree panoramic photos could be made with minimal manual work.

3. The press is not waiting for a few students who have made a nice CD-ROM. That's impossible

Discover Amsterdam was ready. Full of bugs and imperfections, but it worked — a little. According to the PR experts of that time, we could send a thousand press releases, but nobody would be interested.

We have sent more than 200 press releases and have been calling 800 times with the entire team to journalists all over the country. I can't remember well, but calling four times per journalist is certainly not unlikely. With our last 250 Euro, we rented a tiny room in a well-known Amsterdam hotel, hoping that someone would come too.

In the end, the room was filled with 80 prominent journalists who all wrote positive articles. The largest newspaper in the Netherlands even wrote a full-page article on it. That had never happened before in the Netherlands for a CD-ROM.

Don't be afraid of rejection

Many experienced professionals have excellent advice within their field. It doesn't mean they are right. If we want to innovate, we sometimes have to rebel with the established order. Not from naivety! From fearlessness with common sense.

If an expert rejects your idea, it does not mean that it is a bad idea or not possible. It just means that he or she does not yet know or wants to know how it could be done.

Being afraid of fear is different from becoming overconfident

In terms of product, I knew in 1994 what I wanted and believed it could work. I took charge of running a business while trying to make it profitable. If at that time I was more curious, asked and listened to what is involved in how a company attracts investors or can make a profit independently, the Discover City Guide project might have been successful. I was not afraid of the advice but became overconfident because the development of the product and team worked so well.

The most important lesson I've learned

The most important lesson I've learned over the years is that you really don't have to be afraid of anything if you meet the following criteria:

The reason for these criteria are straightforward.

If idea 1 or the effect of idea 1 fails, you will find that you get idea 2 and idea 3 or 4 spontaneously and you succeed. This is also why investors look first and foremost at the entrepreneur and secondly at the entrepreneur. Only then are they curious about the potential of the product or the company.

Twenty-five years later, I never succeeded in having such motivated teamwork for free. With all the mega budgets that companies for whom we later worked, such as Samsung Europe, HTC Europe, and many others, it has never been possible to match the 1996 PR success again.

Perhaps the rebellious edge is also a thing of the past, and I am more focused on building companies and coaching young talent than on developing and promoting a product. I don't have an answer yet. What I do know is that I believe in the fearless rebels with a clear goal who don't shy away from realizing their dream.

There are many coaches online at TheONE who can support and coach you to prevent the mistakes I made.