Follow your intuition and instincts! What we can (not) learn from Jan Timmer

In private life and business, it can be a good thing to follow your intuition and instincts. Unfortunately, this is not always the case. This article is about what we can (not) learn from Jan Timmer, the old president of Phillips.

In the 1990s, Philips was in trouble. Jan Timmer had to turn the tide and set up operation Centurion. 50,000 of the 300,000 loyal employees lost their jobs, divisions were closed, and new initiatives were launched. Some were successful, and others were a complete flop like the CDi player that hardly anyone knows anymore. How do you make a company of this size that is completely ruined profitable again and what is involved?

The downfall of Philips

It all started in the late '70s. Philips, which until then had been a leader in electronics, was rapidly overtaken by Asian companies that mainly came from Japan. Philips, for example, invested a fortune in the first video recorder and then passively watched Sony bring a copy of the design onto the market for sometimes half the price.

Especially the Chinese and Japanese played the game according to different rules. They waited until there was a new development and brought an alternative to the market without having to pay a lot of research and development costs. The business model as an innovator of Philips was outdated, and the management hadn't been paying attention for years until it was already too late. 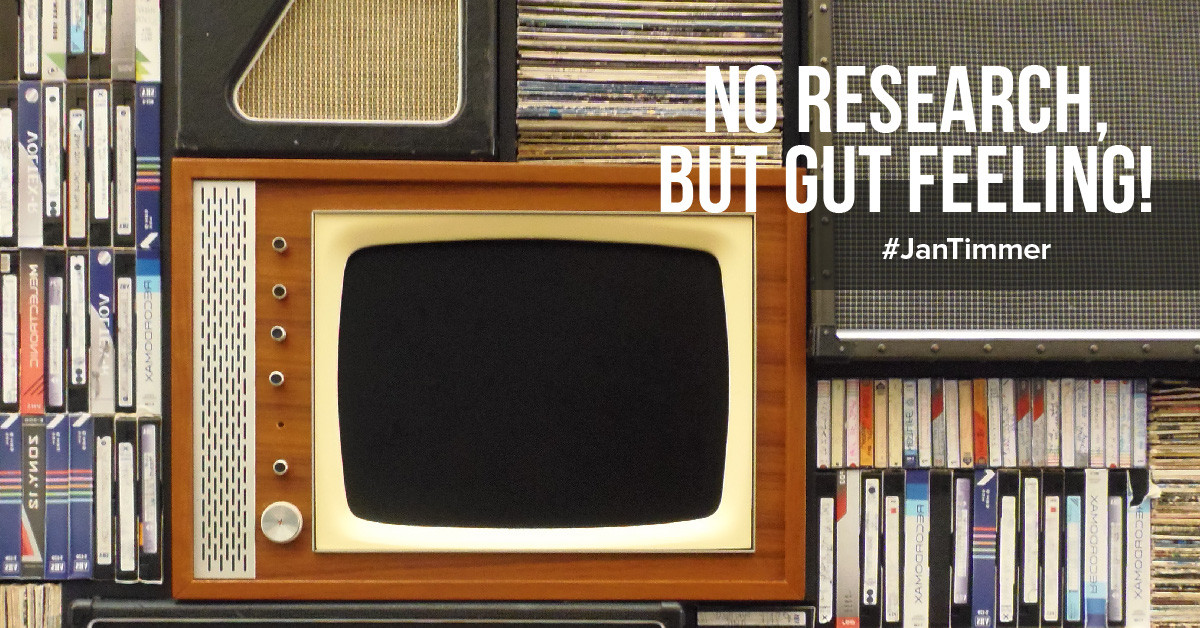 Jan Timmer relies on his intuition and instincts

Shortly after his appointment, he gathered all board members and divisional managers from all countries to tell them that Philips would go bankrupt if no radical changes were made. What was remarkable was that he did not immediately tell them what changes should be made, but he did tell them how they should be made.

Instead of expensive and long studies and heated discussions about all possible options, he instructed them to listen to their gut feeling. In his experience, they simply did not have the time for discussions and research.

No research but intuition and instincts

Timmer asked everyone who wanted to discuss and analyze the past to learn from to leave immediately. Even if it was with great reluctance, no one left.

You have to do it yourself according to Timmer

Where - especially at that time - usually an army of consultants is brought in, Timmer made the then board members responsible for the mess and losses within Philips. After all, if you make a mess of it, you have to clean it up yourself. As a result, virtually no external consultant contributed to the reconstruction of the Philips empire.

The company is more important than friendship

One of the harder choices and statements Timmer made was that the company was more important to him than friendship. At the Philips of that time, people sometimes worked there for as many as 40 to 50 years and then, of course, close friendships develop. The same applied to Jan Timmer himself, who had been there for decades when he took office as president.

However, he did not let his emotions run wild when he immediately fired many 'friends' whom he found incapable of doing the job. A termination of employment hurts, but dismissing a friend is even more painful, he would later say.

Act to the best of your ability, but act!

Timmer was once asked whether he had ever made mistakes. According to him, there is no point in looking back because you can never fully experience and consider the circumstances under which certain choices were made. The only thing that counts for Timmer is that you know for sure that you always act to the best of your ability and that you act following your conscience. If you don't do anything, you can't make mistakes, and by doing things, the wrong choices are sometimes a logical consequence.

Should we listen to the advice of Jan Timmer of Philips?

Jan Timmer's approach and method is highly disputed. The massive job losses reduced costs, but turnover also lagged far behind. When he left in 1996, and Cor Boonstra took office, Philips still made a loss. The workforce of 410,000 employees at its peak in 1974 dropped to 273,000. When Gerard Kleisterlee took office as director in 2011, Philips was still not profitable.

It was not until 2010 that, 20 years after Jan Timmer's entry into office, the first modest profit was made. The number of employees has since dropped to 119,000. Today, the company has 77,000 employees and makes a healthy profit with a turnover of 18.1 billion euros, but whether this has anything to do with Jan Timmer's approach and insights has been and remains a matter of debate.

Philips isn't what it used to be

Despite the efforts of hundreds of thousands of employees and executives, Philips is nowhere near what it used to be. Started as an incandescent lamp manufacturer and grown into a progressive electronics giant, Philips is now mainly active in the field of high-quality medical equipment. Unfortunately, this division, too, is proving to be less profitable than hoped for and 5,000 jobs will again be lost in 2019. Almost every electronics manufacturer from the crisis period in 1990 has surpassed them.

Philips is still known - particularly in the Netherlands itself - as traditional, sluggish and old-fashioned. They have not succeeded in changing the culture in all these years. And even though the turnover remains at a reasonable level due to the exponential increase in the selling price of products, at this rate, they employ only ten people by mid-2025.

Probably these are only the current board of directors who, smoking cigars in the boardroom, ignore the advice of Jan Timmer and will look back with melancholy on that 'good old time' at Philips. Luckily they still earn 5 Million Euros a year at the moment, so they won't be very sorry about the wrong choices they make today.

If you want to learn from professionals, then contact strategists and marketing experts at TheONE