Blue ocean strategy is a world-famous strategy book and strategy model of the same name. The book was published in 2005 by W. Chan Kim. Blue ocean strategy describes how a company can distinguish itself from others. Instead of competing, it is better to look for an alternative that does not yet exist.

Go from the red ocean, where everyone is fishing, to the blue ocean that is wide open. By innovating you do not have to compete, because there is no competition. Competition is not relevant.

A good example is Airbnb. Their innovative business model has even led to the demise of a company such as Thomas Cook.

Blue ocean strategy explanation. Go from the red to the blue sea. 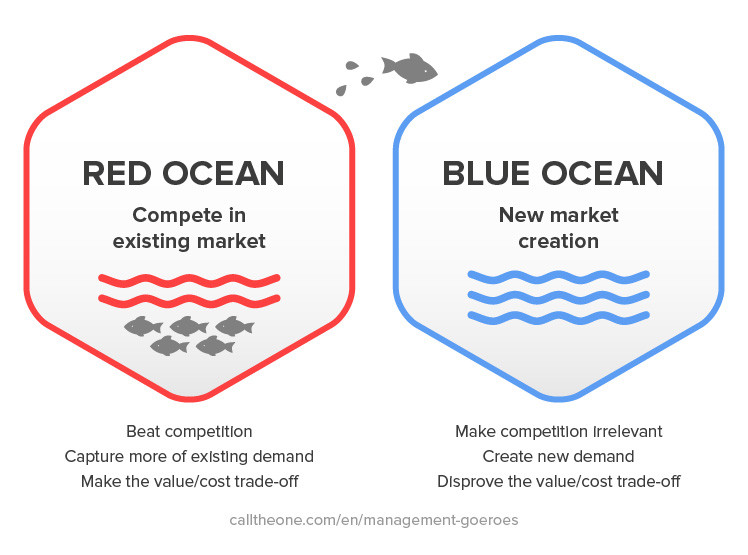 The most important parts of blue ocean strategy are the following three frameworks: