How to become proficient in interpersonal communication 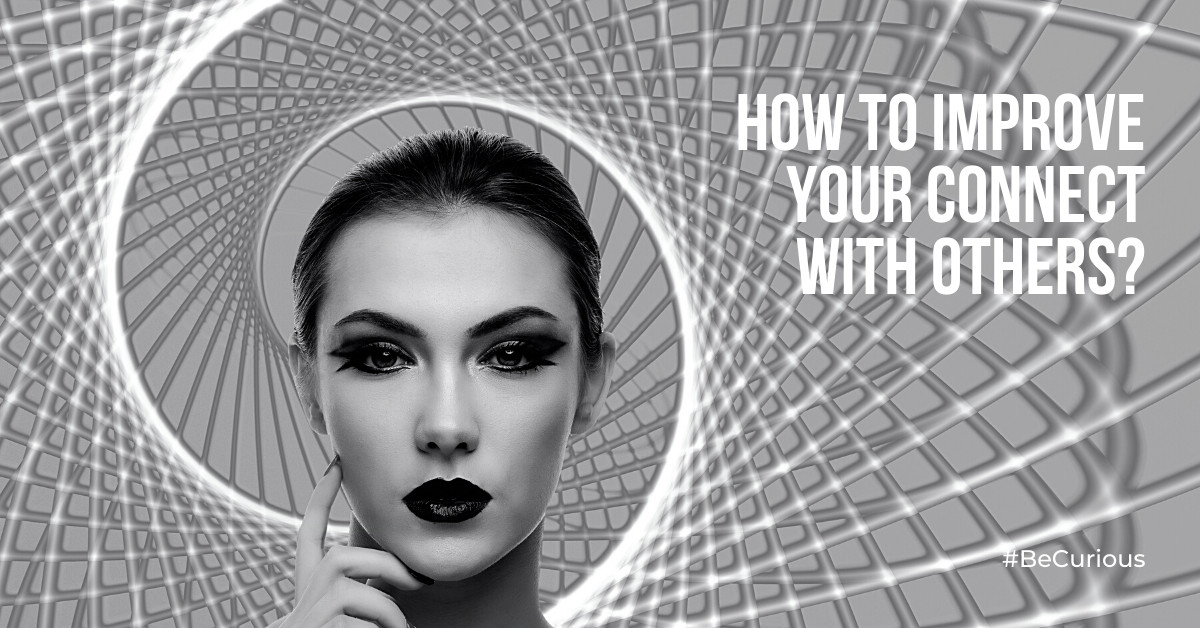 The technological revolution seems to increase the frequency of our contact with others, but the intensity is decreasing. Communication at a distance and without seeing each other is missing a number of essential elements. For instance, not being able to touch each other and read someone's body language.

Perception is projection according to Carl Jung

Swiss psychiatrist and psychologist Carl Jung understood early in the 20th century that perception is nothing more than our own projection. This means that we understand signals from outside as we have taught ourselves.

This is also how it works with people's words and behavior. We hear or see something and give meaning to it as we have learned it. If another person does not intend the words or the behavior that way at all, it is easier not to blame ourselves and to put the blame on the other person.

If only he or she should not have said or done it like that. For we want our perception of reality - and thus our projection - to be true.

The art is to listen to what is really meant

Effective listening is about being able to listen to what is being said and not how the message is being delivered. By only paying attention to how a message is conveyed, you increase the chance of miscommunication if you are not trained in this.

Coaches and therapists pay attention to what someone says and how someone says it. This is because the way a person communicates in combination with the message they are trying to convey can say a lot about their psyche.

An untrained person can quickly draw wrong conclusions by trying this. Therefore, it is usually more effective to actually trying to understand what someone is saying and might mean than the style of communication.

Why the way someone says something is often not important

If you yourself are used to being very noisy and lively when you're excited about something, you can't expect the other person to have the same communication style. Maybe the words "this was fun", are as impactful to that person as your loud and explosive burst of energy.

Some people can have so much accumulated anger or frustration during interpersonal communication that they can say the most hurtful or unusual things in that state of mind. For many people, it is not natural to say how they feel when they want to get rid of these unwanted feelings by using abusive or undesirable language.

In the latter case, it is especially important to listen not to the style, but to the content of someone's message. For example, a person can say that there will never be anyone who cares about them. If you then ask him what he would like, the answer may be that he hopes that someday there will be someone who loves him.

How this message is packaged differs from person to person. One will say, "The search for love is a waste of time". Another may say: "Love is not for me". Both may mean the same thing from the same frustration.

A racial optimist will use a completely different language. He is more likely to speak in words like 'I'm going to succeed' or 'one day my dream will come true'. In short, it should be about the content and not about the style of communication and that requires concentration, empathy, and sincere interest on the part of the listener.

Postpone the meaning you give to what you hear and see

We all live with certain taboos and desired and learned behavior. A couple consisted of a man who wanted to express his opinion with bold statements and a woman who spoke timidly and politely only when she could express something sweet.

Every time the man expressed power terms like 'you can't do that', 'you are not allowed to do that', or 'I don't like this' the woman crawled into her shell. Especially when the man used wild arm gestures or raised his voice.

But when the woman said in a soft tone that she would rather not do something or asked if it would be a good idea to do something else, this provoked a fierce reaction from the man.

The more timidly the woman began to express herself, the more vehemently and unequivocally the man began to ask what exactly she wanted and why she did not make herself clearer.

For the man, softness and modesty meant a form of insecurity and not knowing what one wants. For the woman, the power terms and the ferocity of the man's movements meant a form of anger.

Both got the meaning they themselves gave to the communication style of the other more than the content of the message.

After a number of coaching sessions, the solution turned out to be simple. Postpone the meaning of what you hear and see and during interpersonal communication first try to understand what the other person means to say.

As a result of digitization, remote communication is increasingly becoming the new normal. Sending someone an app or emailing someone is what we used to do face-to-face. That's a major handicap because we miss large parts of the information transfer.

When we see text or hear a spoken message, we miss the context such as body language and the circumstances a person is in.

Even when we make video calls to our social contacts or loved ones, we miss a lot of information to understand as clearly as possible what someone means. We do hear the words and see the lips moving, but here too we miss the full context.

The disadvantage of receiving text messages

It goes a step further when we use words like angry, uncomfortable, sad, stupid, or great. How angry was someone and in what way? Was angry, capable of murder, or did the person just didn't like it? How terrible was it and in proportion to what?

When we read a text message we have to - or can - interpret it ourselves. The real intention is difficult to find out because we only have the words and not the context.

The disadvantage of receiving voice messages

Many social media platforms offer the possibility to send voice messages. Thanks to this technology we can give more so-called meta information to a message.

This allows the recipient to hear how the message has been recorded and to draw conclusions from it. The spoken text gives more information than written words, but again this is without a context.

You hear the emotion in a voice, but don't see a face and accompanying expressions. Also, you are not able to directly ask questions about what someone means exactly.

The disadvantage of video calling

In the case of video calls, face-2-face contact provides much of the information when someone says something. A trained person who knows how to ask the right questions can use video calls to get enough information to understand someone's sufficient'.

However, it is necessary that not only your nose hairs, earlobes, or red eyes are visible in the camera. The receiver should at least see you from your waist up to your head. Unfortunately, most people are almost in the camera instead of in front of it. This leaves out crucial meta-information during interpersonal communication.

How to get better in interpersonal communication

The more you learn about communication, the more you will experience that you will never fully understand the other. Communication is an indicator of what another CAN mean. It is not an exact science.

The biggest mistake a person can make is to believe that he comprehends another.

7 tips to get better in interpersonal communication: