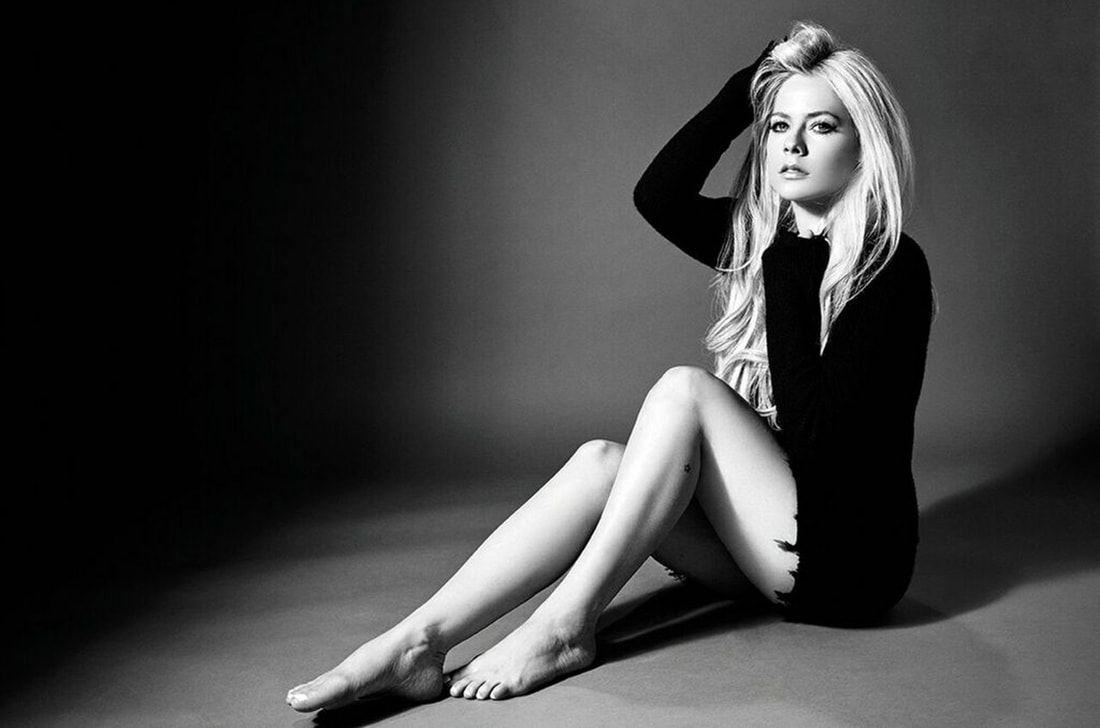 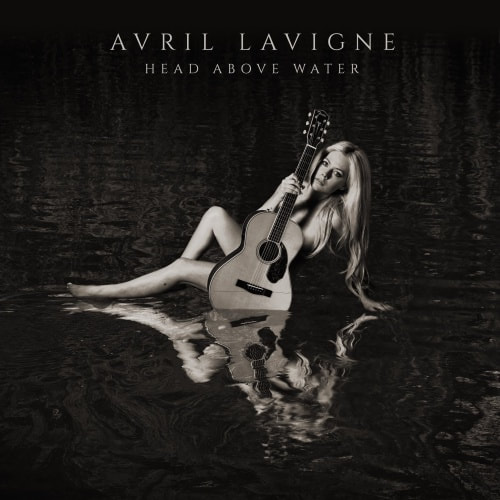 Change is something that is inevitable in life, whether it be large or small. Within the scene, there has been no greater change than that of Avril Lavigne. Within the 2000's,  she was known for her rebellious spirit and her presence as one of the most prominent punk females. However, with the release of her sixth studio album 'Head Above Water', Avril has shown growth, vulnerability and has solidified her place as a pop vocalist in doing so.

After an extended hiatus due to health complications, Avril Lavigne surprised her patient fans with the title track of her new album, 'Head Above Water'. This single established the feel of the album and explored the themes of maturing, fighting back and resurgence. Well developed vocals and meaningful lyrics have not always been affiliated with Lavigne, but even through this first single, it is now safe to say she exhibits these qualities. It is evident that the punk roots of the past may have been severed, but this all seems worth it after listening to 'Head Above Water'. This single was the start of something new, and symbolises the transition in which Lavigne has made within the past few years.

Track two from the album 'Head Above Water' is 'Birdie'. From the first verse, the lyrics are deep and thought-provoking, and perhaps relate to Avril's physical and mental journey upon the road to recovery. Through her music, Lavigne is connecting with fans personally, and shares previously unseen emotions, feelings and thoughts. The dark melodies which accompany create a truly captivating song and work to solidify this presence of growth and change. 'Birdie' is truly a beautiful song and is a personal favourite. It may have performed even better if it had acted as a single for 'Head Above Water'!

With perhaps the most intriguing title, track three is 'I Fell In Love With The Devil'. From the initial orchestral sounds, this songs proves to be one of voice and power. Within the verses that list red flags within relationships and everyday actions that should be inexcusable, it is suggested that this song may be reminiscent of a past love. With celebrity relationships constantly being under the spotlight, it is easy to be pictured as the enemy when things turn sour. By using her platform and voice, Avril gets a chance to speak out. 'I Fell In Love With The Devil' can also be considered a guidance tool for fans, educating them on what they deserve. 'I Fell In Love With The Devil' is a beautifully constructed song, working as both a warning and an open book for fans.

Following this is track four from 'Head Above Water', 'Tell Me It's Over'. This was the second single from the studio album and is accompanied by a music video. This track features more upbeat vibes with defined technological instrumental elements. In many ways, this song sounds familiar especially within the beat and climatic areas of the song. Despite this, 'Tell Me It's Over' creates a new sound within the album and as a single, shows that the whole album is not just sad and orchestral. This track is catchy, and was well picked as a single from 'Head Above Water'.

The next track is one that was quite unforeseen in regards to the new direction 'Head Above Water' has lead Avril in. Track five 'Dumb Blonde' features American rapper Nicki Minaj. If I am being completely honest, I feel this track ruins the genuine emotions that has poured out of the album so far, and makes it feel somewhat synthetic. Avril was more than an icon when she was in the punk scene, and it would be incredible for her to revisit this era of her life. However, I feel as though 'Dumb Blonde' could have been left on an album like 'Goodbye Lullaby'. Whilst it does add a refreshing twist and proves that Avril is still a fun loving blonde, I feel 'Dumb Blonde' was an unnecessary track for an album as raw as 'Head Above Water'.

'Souvenir' is next as track seven. The opening 'yeah' which is repeated is quite similar to those found in one of Avril's previous projects 'I'll Drink to That'. Apart from this, track seven includes more layered sounds than seen in previous tracks, and creates something which is different. 'Souvenir' is certainly more poppy through its vocals and beats, but still holds cute lyrics that make it the first kind of love song on the album. 'Souvenir' flips the switch on the sadness, and allows for a lighter tone to enter 'Head Above Water'.

Following this lighter theme is track eight, 'Crush'. This song poses as another relatable track, one which explores an individual's willingness to give their everything to the person whom they love. However, this song also displays the risks involved, hence the line "Baby don't crush me". Breaking down barriers leaves feelings vulnerable, and allows for them to be crushed. It is assumed that this may be another song relating to Lavigne's past relationships. This insight into personal feelings and experiences ultimately connects the audience to the artist, making 'Crush' an important inclusion to 'Head Above water'.

With the first signs of a familiar acoustic guitar, 'Goddess' is track nine. This track presents yet another side of Lavigne's voice, one which is more youthful and high-pitched. This versatility provides something fresh. This can be something favourable as it creates stand-out songs in the album; songs which prevent the album from merging together. 'Goddess' is once again an opportunity for Avril to remind fans of the standards of what they deserve. 'Goddess' is a refreshing track within 'Head Above Water'.

Following is track ten, 'Bigger Wow'. Through the vocals of this track, it feels as though some aspects of 2000's Avril is being channelled. This is further solidified through layered vocals and the instrumentals that support the chorus. Due to this, 'Bigger Wow' feels quite nostalgic and is a positive display that although people evolve, they will not forget where they came from. 'Bigger Wow' is one of the most poppy and nostalgic songs from 'Head Above Water'.

Track eleven is 'Love Me Insane'. Toning down the album once again, 'Love Me Insane' is smooth and catchy. This track allows for Lavigne's vocals to be in the spotlight, and they have rightfully earnt their position. Through this, we get to see just how far she has developed as an artist, and the maturing process she has undertaken. These songs are symbolic to her growth, and through listening to them, we are fully supporting this change. 'Love me Insane' is both soulful and catchy, and creates a powerful track for 'head Above Water'.

The finalising track from 'Head Above Water' is 'Warrior'. Through the lyrics, we can assume that from all the songs that discuss the hardships she had to endure, Avril has recognised her own strength. This is extremely important, especially for her target audience. Through 'Warrior' we learn that we too can overcome our struggles and come back stronger with a fighting spirit. The growth and change has shaped Lavigne into a strong character, and we are encouraged to do the same. 'Warrior' concludes 'Head Above Water' on a high, and leaves important messages lingering with the audience.

Within the album 'Head Above Water', many important morals and messages are discovered. As unpredictable and different this direction was, former punk girl Avril Lavigne has proven that change is often favourable and growing is a pivotal part of life. Hopefully this is the first step in a whole new direction for Avril Lavigne.

Have you listened to 'Head Above Water' yet? If not, listen below and tell us your opinions on Avril's new direction: