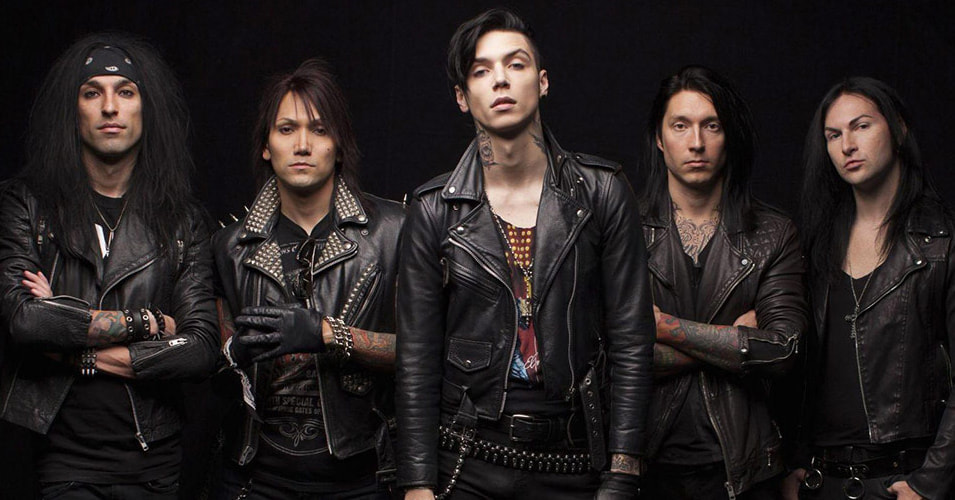 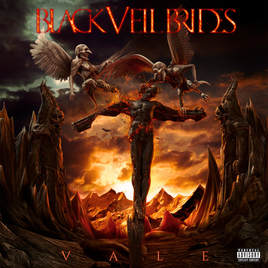 Black Veil Brides. When I was about sixteen and they were first beginning to break into the alternative music scene, it was the thing to hate them. I’m guilty of it too—despite my friend pleading me to give them a chance and not judge them by their made-up faces, I simply didn’t want to. When I was younger, they were a band that you’d never admit to liking, but were probably your guilty pleasure. But, times have changed so let’s see what their fifth studio album, ‘Vale’, brought to the table.

The album opens up with a deliberate intro song, ‘Incipiens Ad Finem’. Jarringly short, coming in at twenty-one seconds—but it sets the pace for a narrative driven album, and it opens up for a seamless transition for the album’s second track, ‘The Last One’. It opens with a melancholic piano. Painful, full of sorrow but dramatic. The bass here takes a journey from country to finally settling into classic rock, and Biersack’s vocals work brilliantly with the heavy bass that runs throughout the song. The violin addition does leave me wondering if they were perhaps inspired by Avenged Sevenfold. The song leads into a catchy chorus—but despite this, both the vocals and instrumentation sound a little drowned out. In terms of lyricism, I didn’t really feel as though the song brought anything that we haven’t heard before, but it certainly made up for it with the beautiful guitar solo near the end of the song, displaying brilliantly that a song does not have to be focused on lyricism to shine.

In terms of lyricism, (at least in the first half of the album), ‘When They Call My Name’, feels like one of the front runners. In it, Biersack explores his own relevance as he sings that ‘my 15 minutes are burned through.’ It sets the gears in motion for one of the album’s most important themes—a confession that everything cannot be done alone. In ‘The Outsider’ we hear a subtle shift when it comes to the instrumentation. The bass becomes slower, yet it sounds a lot hastier. Thematically, this song was definitely one of my favourites—it was an exploration of a feeling. The feeling as though they’ve lost everything (‘like bringing Christ back from the ash’). As you listen through this album, one of the most enjoyable, notable things is that musically—this album feels huge. The riffs go on for days, and they’re epic and tell a story in their own right.

‘Dead Man Walking’ (Overture II)’’s eight-minute run time might seem a little daunting at first, but you barely even notice it. It’s a contemplative confession where Biersack discusses being unable to take back things that we’ve said or done, but despite that—the choice is still ours. We can still change, and this song emotionally jerks you around all over the place. It reels you in with its pessimism but then gives you hope that things don’t have to stay in their current state. Biersack paints the world as it is—bleak and grey and full of people that have lost their way. The last minute of this song is beautiful. There’s no vocals—there’s just a violin and occasionally some piano, but it just fits as the perfect end for this epic song—as there’s nothing else that needs to be said.

Listening to ‘My Vow’ leaves us with some of the fastest and most aggressive songs that we’ve heard on the album. But, considering the introspective turn that the record seemed to be heading in—this abrupt shift in pace doesn’t really add up, and it ends up feeling a little out of place. The next song, ‘Ballad of the Lonely Hearts’ also feels a little displaced from the rest of the songs on this record. It shifts from a narrative driven album to addressing a collective voice, and for me, at least, it didn’t feel as though it matched with the rest of the album—as it sucks you out of this dismal and mostly hopeless world that you’ve spent the rest of the record in.

There’s no point in arguing that this album isn’t an epic, operatic metal album. However, despite riffs and instrumentation that is without question incredible and gothic, and dripping with pure talent—the lyricism for me left a little something to be desired. From a writing stand point, I was able to appreciate the narrative—but it felt like different sides of the same coin. Whereas songs like ‘The Outsider’ felt a little too on the nose, ‘The King of Pain’ showed that there was incredible song writing, as it was sardonic and full of vivid imagery. Emotionally, I struggled to connect to a lot of the themes explored on the album. Undeniably gothic and brilliantly produced, but also undeniably not an album that resonated with me.
​
Written By
Asya Kardzhaliyska