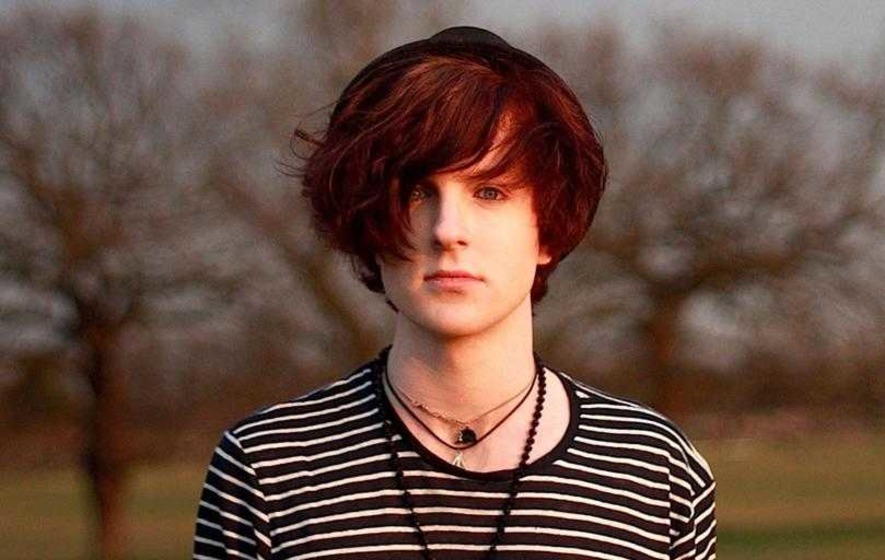 As ​most of you have probably noticed by now, November is arguably one of the busiest months of
this year regarding tours as well as the release of new music. Among these releases is the self-titled
debut album of singer/songwriter Bry which came out yesterday.

Bry, whom you might know for instance since he is currently supporting Twenty One Pilots on the
European leg of their Emotional Roadshow World Tour, has in fact been around and making his music
for quite a few years now. Since 2013, he has released a bunch of EPs that helped him build a small
but stable fan base, who stood by him since the beginning, and play his way into their hearts with an
amazing stage presence and songs such as „Care“, „Your Life Over Mine“ and „Adventure Time“.

Therefore it is not too much of a surprise that said tracks where re-recorded and made their way
onto the album along with a whole lot of new material. Produced by Greg Wells (who also produced
albums such as „Vessel“ by Twenty One Pilots), the album contains ten songs that will take you on an
emotional journey which you are most likely to enjoy just as much as I did.

Full of sweet and sometimes slightly melancholic tunes, this one is perfect to keep you warm
throughout the colder season (which makes sense coming from a guy who is known for his “Days
until Christmas” countdown on Twitter).

In a way, the record picks up where the first two singles “Don’t Go Alone” and “You’re Alright” left
off, as the most outstanding thing about it are the heartfelt genuine lyrics so pure and honest that at
times it might feel as though you are reading, or well, listening to somebody’s diary. Whether he
displays his thoughts and feelings towards himself, a matter or a person (“Disarm”), expresses his
love to his wife Candice (“Your Life Over Mine”), looks back on parting ways with somebody (“Hope
You’re Listening”) or vents about the not so bright moments in life (“Adventure Time”, “Pieces”,
“Don’t Go Alone”), the outcome is always an equally enjoyable and meaningful song.

As there are several older tracks on the album as well, I also found it quite fascinating to listen to the
remastered versions, particularly when it comes to “Your Life Over Mine” and fan-favourite and self-
proclaimed ‘sad indie song’ “Adventure Time”, since the small yet significant changes made tell you a
lot about the massive development he has gone through during the past few years. (Not to worry
though, Bry, about the whole losing your Irish charm thing: I do not see that happening anytime
soon.)

In conclusion, I would describe Bry’s first major release as a work of paradoxes: Unique yet catchy
songs and a both melancholic but also at times almost upbeat atmosphere make „BRY“ an album
that is as sad as it is uplifting (see for yourself, you will understand) and definitely worth the listen.

Therefore, feel free to check it out below and/or purchase it if you haven’t already!