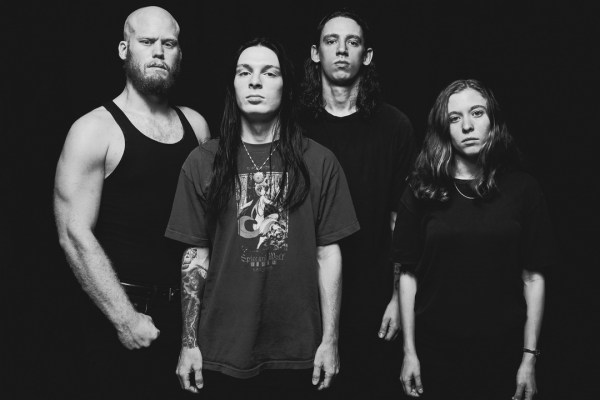 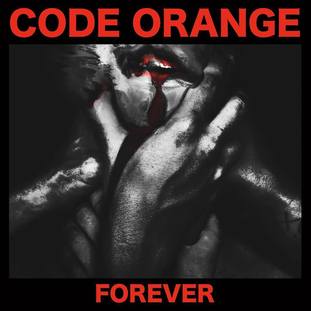 From high school students who were barely legal when they were signed, to nearly a decade later and releasing their third studio album, Pittsburgh based hardcore punk band Code Orange (formerly known Code Orange Kids) have come a long way.  Their junior studio album, and major-label debut, entitled  “Forever” demands attention, both through the compelling lyrics and musical riffs.  “Forever” is Code Orange’s way of claiming their spot at the top of the hardcore scene, and rightfully so.

Kicking off the album is the title track and first single off the album, “Forever”.  The song begins with an almost demonic, chilling whisper that pulls listeners in from the first word.  From there, Code Orange delivers with powerful lyrics and an even more powerful sound.  The guitar riffs combined with killer vocals make it impossible to not headbang along.

The second song “Kill the Creator”, another single from the album, wastes no time in kicking things off with a bang.  Immediately, the vocals are strong and heavy, backed with equally strong instrumentation that convey the message of criticizing our world today. The song ends with an ear piercing noise, making listeners question whether or not something is wrong with their speakers, much like the writer is questioning the system.

“Real”, the next song on the album, is one that should never be forgotten. This banger begins by letting the music speak for itself, making it almost a full minute before vocals are heard. When the vocals finally do come in, it is different from the previous two songs, this time a quiet voice beckoning your ear.  Much like the song states, this one is real, both in the hardcore musical aspect and the thought-provoking lyrics.

“Bleeding in the Blur” is the third single from “Forever”. It begins much softer than the other songs on the album, having a more melodic sound that twists into more of what Code Orange is known for - punk.  Although Code Orange does not have a lead singer, instead taking turns at the vocals, guitarist Reba Meyers kills it in this song by taking the lead with her striking voice and dark words. This one, although different from the rest of the album, is not one that should be skipped.

With “The Mud”, Code Orange goes back to the more metalcore feel, both vocally and musically.  The vocals this time are backed with a synth-type sound for the chorus, giving it a twist on the traditional style of the genre. “The Mud” is yet another animalistic banger off this album, at one point leading listeners to believe the song has abruptly ended, but then coming back in with a banging guitar riff and dominant drums.

With a distinct difference in the vocalists, Shade Balderose and Jami Morgan do a hand-off for “The New Reality”, backed by prevailing instrumentation and supported with lyrics filled with rage. This is one that is sure to incite a rebellion when played live. “The New Reality” also does a brilliant job in leading into “Spy”, another song that allows the instruments to speak for themselves. “Spy” definitely leans toward a somewhat Soulfly mixed with Deftones kind of vibe, which makes sense since they have opened for Deftones in the past.

“Ugly” is a much more introspective song with a very different vibe than the rest of the album with lyrics that are more reflective. “Ugly” focuses more on what it is like to live life feeling both insecure and secure at the same time. The contrast felt in the lyrics is coupled with the somewhat contrasting styles muddled in the song, but somehow it all works together beautifully.

Going back to the metalcore sound again, “No One is Untouchable” has powerful guitar and bass lines that are coupled with compelling, but simple, lyrics. Much like the song itself, the melody is simple, but incredibly catchy.

Similar to that of the title track, “Hurt Goes On” starts with whispering that will chill the listener to the bone. Not only does the quality of the vocals chill you, but the words are just as unnerving. About midway through the song, all hell breaks loose, or at least it sounds that way, from the way the vocals and instruments break out of their binding completely. Complete with eerie descents, “Hurt Goes On” is a banger for sure.

Much like “Bleeding in the Blur”, the final song of the album “dream2” begins with softer harmonies in a haunting discord.  The uncanny quality of the melody mimics the haunting lyrics, telling a story of someone who isn't sure of who they are anymore. When the album finishes on an incomplete sentence, it leaves the listener begging for more.
​
For anyone that is interested in hardcore, punk, metalcore or any type of music relatively close to those genres, “Forever” is an album to give a try.  From the very first strum on the record to the haunting ending, it is a rollercoaster of not only emotions but also music styles. Code Orange does not disappoint and has rightfully staked their claim at the top of the hardcore punk scene with their junior studio album “Forever”.