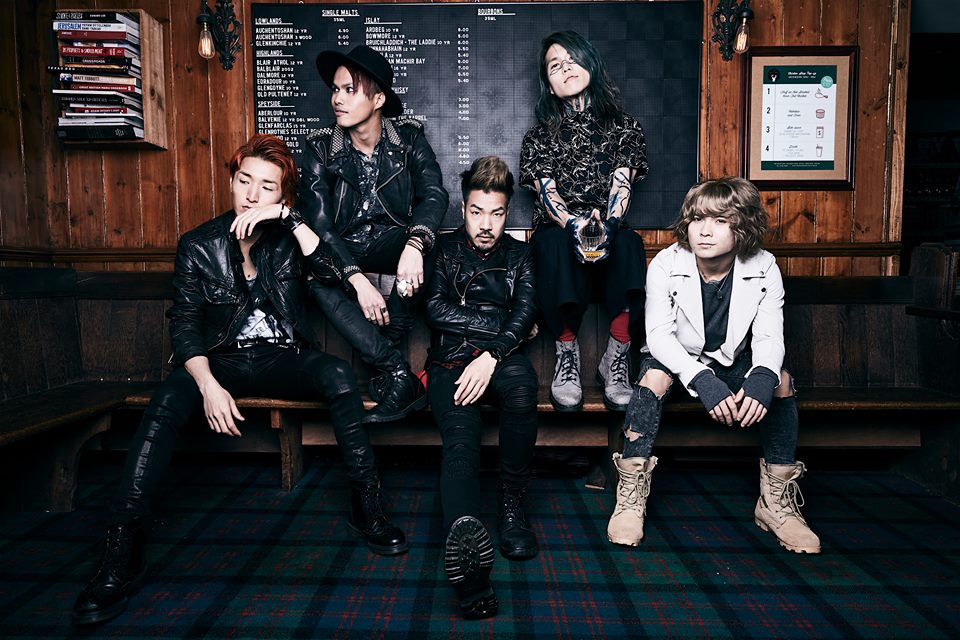 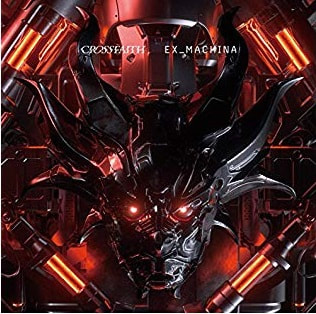 Going into this album, I wasn’t really sure what I ought to expect, and upon hearing the name—EX_MACHINA; I was intrigued. And just judging this album from the track list, I had pretty high hopes, to say the least. The titles of the songs sounded interesting, and each held a certain kind of mystique to it. However, from the first song, I became quickly disappointed, so let’s go through Crossfaith’s newest addition to their discography and figure out where it sits in modern alternative music.

The album opens with, Dues Ex Machina and the sound of thunder lends itself for an atmospheric start. Choir, electronica and violin—operatic rock. It quickly becomes repetitive, though the bits that lean towards the operatic rock side of it are definitely more interesting. The heavy breakdown, I’m not sure that it works, it doesn’t feel as though the song was building up to anything. This song is a mishmash of sounds, and though the exploration of different genres is certainly interesting—I’m not quite sure that it works, as the band doesn’t spend long enough exploring each genre—it’s kind of just thrown in together.

Leading on from that is Catastrophe. This song is a mishmash of sounds, and though the exploration of different genres is certainly interesting—I’m not quite sure that it works, as the band doesn’t spend long enough exploring each genre—it’s kind of just thrown in together. I didn’t even realise when i listened to this that it was a different song, I was convinced that it was still the album’s opening track, as there’s no clear distinction between songs. Which, in a way does work to the albums advantage, but it can also leave us feeling a little confused.

Leading on from that, we have the breakdowns on The Perfect Nightmare. However, they sound exactly the same as the previous two songs. Maybe a little more aggressive, but otherwise in terms of musical composition, nothing sets this song apart from its predecessors. The lyrics here are definitely more than a little cheesy, ‘I am the perfect nightmare’, it’s nothing new. Thematically, I really am not sure what this album is about or where it wants to go. It just seems to be angry for the sake of being angry, which isn’t a problem; but it just leaves it feeling a little directionless.

​We then hear the much more drum heavy, Destroy. The electronic influences take a back seat, and the guitars and aggressive breakdowns take the lead. This song is a strange mix between hip hop and metal. In terms of musical composition, it’s the calmest song on the record and definitely the least repetitive one. Something worth noting about these songs is that they don’t feel individual. They all have a kind of sameishness to them, which allows them to blend into each other, but not in a way that feels as though it works to the album’s advantage.

With the addition of Freedom, we definitely get the sense that they’ve gone for a post-apocalyptic vibe on the record, with the inclusion of voiceovers discussing the state of the world. The lyricism here is a little too on the nose and doesn’t leave much to the imagination. ‘There’s bots on her tail’. It does leave you wondering what these bots are and what they want, but overall, the theme of oppression and of rebellion is a little overdone.

Lost in you definitely has a radio friendly pop vibe, and it certainly stands out from the rest of the aggressive, fast paced record. So far this is the only song that has made a lasting impression on me. An anthem all about letting go of someone unhealthy. ‘Stars are falling down’, is certainly unique lyricism, and perhaps if the rest of this album was this thoughtful, it might be better.

From Milestone onwards the album goes for a more melancholic, somber vibe. The electronic breakdowns are softer, and the guitars are certainly less in your face. ‘I remember when the story changed’ is a lyric that catches the ear. From ‘Lost in You’ onwards, the album seems to take some shape and becomes a lot more confident in what its songs are about. The album quickly shapes up to be an anthem for the broken, lost and those who feel as though they don’t fit in. However, though I like this side of the album more, it doesn’t fit with the rest of it—and this poisoned, cryptic world that they attempted to create.

From the soft and almost ethereal ‘Twin Shadows’ we swing quickly back to metal on Daybreak. There’s no real problem with it, it’s just a little jarring just because it comes across as though the album doesn’t know what direction it wants to go in. Whatever little direction this album seemed to find just seems to fizzle away, and we’re thrown back into EDM leading, metal breakdowns, which is by no means a bad combination, it just didn’t really feel like it went anywhere.
The album’s closing track, Faint, doesn’t much feel like a closing song. Though it fits in musically with what we’ve come to expect from the rest of this album, it didn’t make me feel as though the album was coming to an end. For me, this record just sort of…stopped. There was no real conclusion and no real end to it.
Overall, this album felt more than a little flat. As mentioned, whilst listening to it, I didn’t feel as though there was any kind of significant growth or anything that made it stand out. And though this album certainly felt shapeless and a little lacking, that isn’t to say that every single album needs to be a thematic, conceptual masterpiece—an album can just merely be a collection of decent songs; however, I didn’t feel this with EX_MACHINA. It felt like a jumble of songs that lacked any real sort of distinguishing characteristics. There were good elements to this record, especially in the dramatic rock operatic sounds, those lent themselves for a much more interesting listening experience, but that genre was few and far between.