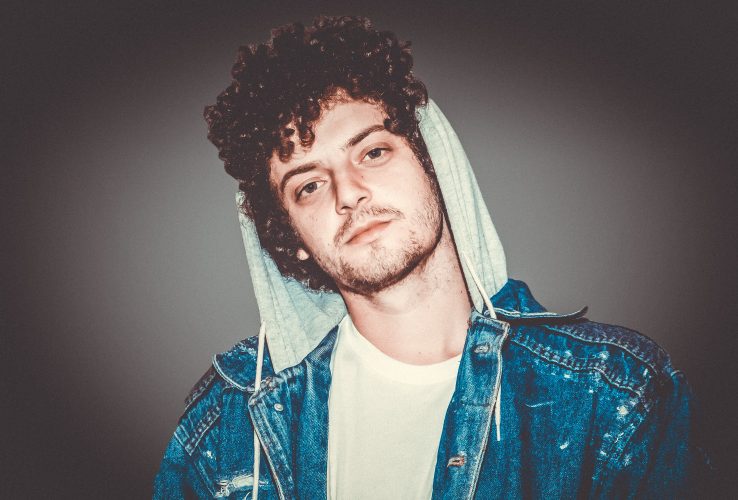 Within the modern music scene, it is evident to see the importance of creating new sounds, alongside surfacing somewhat outspoken opinions in order to create both refreshing and meaningful music that appeals to an audience. Creative boundaries have never been built for emerging artist, grandson, and it is particularly clear to see in his newest EP, 'a modern tragedy, vol. 2'. This two part EP uses its short track list to display why grandson is such an important artist.

'a modern tragedy, vol. 2' opens with the only single from the EP, 'Apologize'. With catchy riffs and considerably alternative vocals, this track captures the attention of the audience quickly. This song is a perfect single as it not only entices the audience, but provides a glimmer of insight into the style of music grandson composes. One lyric particularly captured this feeling; "I'm imperfect, no road map...". I feel this displays what grandson is all about. He is not fitting into any social standards, nor following any paths or instructions, enabling himself to create music that is true and meaningful; something which is essential in music. 'Apologize' sets a great tone for 'a modern tragedy, vol. 2'.

Following is track two, 'Stigmata'. In contrast to the previous track, 'Stigmata' is edgy and dark. This creates a sense of versatility within both the album and the artist. The chorus is most notably the standout of the song, using a mixture of sounds which are composed to induce feelings of danger and chaos. Through this grandson has not only composed a catchy beat, but has created a beat which reflects the themes discovered in the track. Few artists can reflect these themes and feelings in technologically produced beats, but grandson has excelled. Personally, I think 'Stigmata' is the best track from 'a modern tragedy, vol, 2' and depicts both the diversity and skill grandson has to offer.

Track three is 'Is This What You Wanted'. The eerie vibes established previously remain, however this track is much slower and not as forceful. It certainly shows moments of chaos, most evident in the chorus which holds intertwining layers of hard beats and vocals. The verses however are clear, deep and meaningful. The lyrics of "pretend everything is awesome, while the world burns outside" and "but I turn on the news and these kids in cages" portray a clear political stance, and show that grandson is not afraid to use his platform to call people out and stand up for his beliefs. This artist insight makes 'Is This What You Wanted' both an important and essential track from 'a modern tragedy, vol. 2'.

Following is track four, 'Fallin (Temptation)'. This track uses heavier hip-hop influences than seen in previous tracks, once again highlighting the diversity of the artist, grandson. The simplistic choruses allow for the full attention of the audience to be directed upon the verses; verses which are overflowing with personal opinions and important messages. 'Fallin (Temptation)' clearly indicates that grandson has a lot to say, and leaves the audience wanting more!

The concluding song from the five track EP is 'Darkside'. From the initial verse, it would seem this is the most stripped back and mellow song from the release. However, throughout the song, the layers and beat strength accumulate, matching with the heavier topics being unravelled as the song moves on. It is quite impeccable to see an artist intertwine such dark themes with strong beats, using two things that often contradict one another but ultimately pairing them in a perfect harmony to create influential songs. 'Darkside' is a strong finalising track for 'a modern tragedy, vol. 2'.

Through 'a modern tragedy, vol. 2', it is evident to see that grandson will only grow in popularity. His music holds all the elements which are sought after in modern day music- prominent beats and lyrical content which is both outspoken and controversial. This EP is a must listen, and leaves the audience wishing for more than just five tracks!

Have you checked out grandson's new EP 'a modern tragedy, vol. 2' yet? If not, do so below and tell us your opinions in the comments!