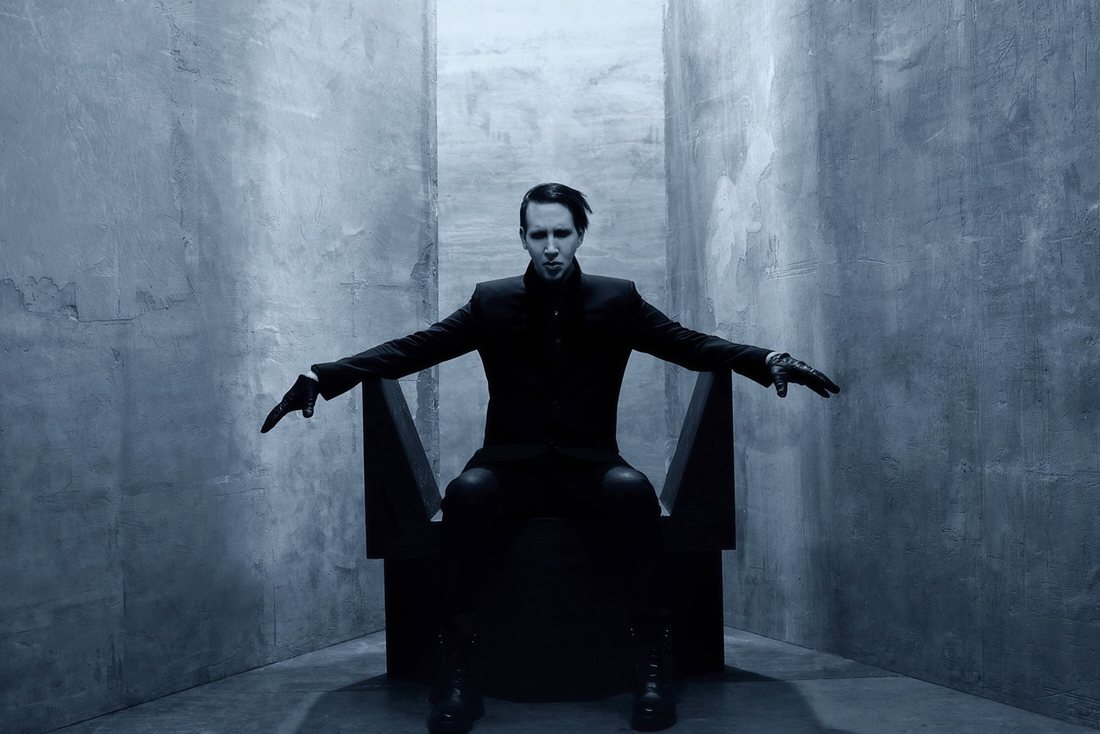 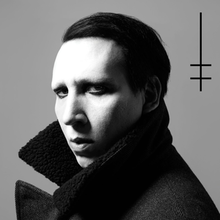 When you think of Marilyn Manson, I’m sure that there’s a lot of words that pop to mind. For me? I think eccentric, enigmatic and the epitome of goth. Perhaps that’s the beauty of being someone as eclectic as Marilyn Manson, people will have all kinds of ideals and ideas about you, but it doesn’t matter in the slightest whether or not they’re right or wrong. It’s just fun to theorize. However, this isn’t a breakdown of Marilyn Manson tropes, it’s a review for his latest record: ‘Heaven Upside Down’. Let’s take a look together and see if Manson has lived up to this gothic reputation.

The album opens up with ‘Revelation #12’. Straight from the first note, we immediately get the feel of what kind of record this is going to be. Spooky and atmospheric. Throughout the beginning of the song, we have something akin to radio presenters in the background, which only helps to heighten the feeling that we’re stuck in some kind of post-apocalyptic world (keep that phrase in mind, it’ll come in handy later). The drums kick in, giving the song an aggressive, insistent beat. It’s a song that, ironically enough, explores revelations, but the looseness of the word leads off to different interpretations. Perhaps it could be implying something about the afterlife, or it could be some kind of biblical reference. In terms of lyricism, there’s a lot of repetition of: “paint the town red”, and it honestly blends into background noise. Personally, this song didn’t do much for me in terms of an opening track—to give me a taste of what the rest of the album will be like. It felt a little by the numbers, all truth be told.

Next up is ‘Tattooed in Reverse’. It gives us that same kind of eerie vibe that ‘Revelation #12’ gave us, as though someone is trying to tune a radio or something else of the sort. This song is a lot more electro influenced than the opener (which was unmistakably metal with elements of rock). The song explores interesting themes of being ‘unregretted’, as Manson sings earlier on in the song. One of the most powerful lyrics for me were: “Your confession means nothing.” It’s an interesting lyric of throwing doubt onto religion, and exploring one’s sins.

‘WE KNOW WHERE YOU FUCKING LIVE’ is the next track. The bass here takes the lead, allowing the unnerving atmosphere of the song to build. One of the positive things about this album is the atmospheric, dramatic feel of the songs. It’s eerie and spooky, and especially noticeable in this song. It offers almost an alternative world—one where every terrible thing has happened and there’s nothing left to salvage (“I love the sound of shells hitting the ground.”) The album certainly takes a couple of tracks before it starts to feel comfortable in its own sound.

The whispering vocals of ‘SAY 10’, only help to add a sense of creepy unrealism, in the same kind of way that when you’re somewhere very quiet, it doesn’t feel right to speak in anything above a whisper. It builds slowly in intensity and noise, but when all of the instruments kick in and Manson’s vocals become a scream—that’s when the song loses its charm for me. One of the most notable things about this record is the amount of religious slander (“You say God, I say Satan), that line in particular is incredibly belittling to those who are religious. In the same song, Manson goes on to sing that: “I’m a legend not a fable.” The whole song could be making a reference to the idea that in a fable, there’s a lesson to be learned, whereas a legend is usually just an entertaining story with incredibly impossible stakes.

Skipping forward a couple of songs you’ll find ‘Blood Honey’. This is the only song on the album that has the inclusion of the piano. It brings a kind of gentleness that isn’t present in the rest of the record. It explores the idea of letting go of someone you love, with Manson questioning, “Why would I set you free?” a haunting line for a haunting idea. ‘Blood Honey’, was, without a doubt, my favourite track on the album, and for me really helped to further illustrate the themes of the album; which got a little muddy and lost in the latter half of the songs.

What’s the verdict then? All in all, the album feels a little…gimmicky. Though it has some wonderful themes and even more fantastic instrumentation—for me personally, it didn’t quite hit the mark. It’s certainly not a disappointing record, but certainly not a masterpiece.​