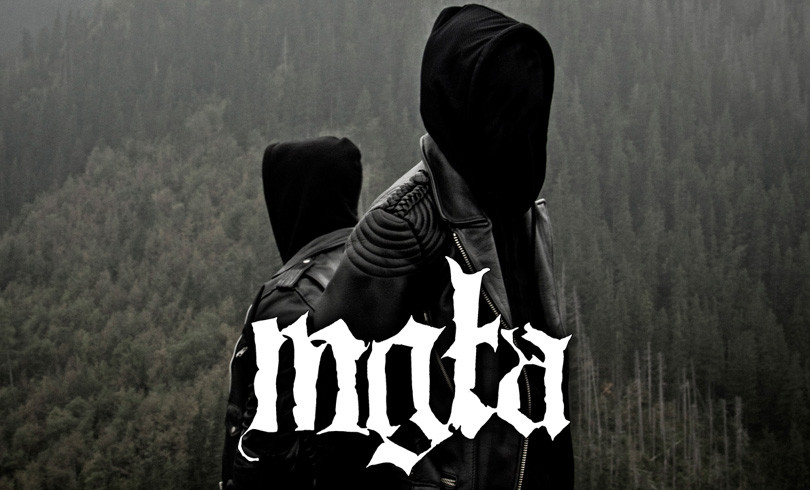 The Polish kings of straight, no experimentation, bleak black metal return with "Age Of Excuse". And if you were looking for any change of direction you will be sorely deluded. Mgła are far from an abruptly changing band, but an evolutionary one.

"Age Of Excuse" sounds like a continuation of "Exercises in Futility", which is far from being a bad thing. Their masterpiece is not surpassed by this new effort but it is complemented by it, and a solace for anybody who loved it. You will find more of the same, good, stuff in Mgła's latest album.

Definitely there's now more of an overlap between Kriegsmaschine, the side project of Darkside and M., the main minds behind Mgła. Sound is even more alike than before and it's virtually impossible to dislike one and like the other, so similar they've become. Mgła retains the speed crown between the two project, while Kriegsmaschine is of the slow kind. Perhaps in the future there will be a convergence? Who knows, Mgła are notorious for not speaking much of their music.

Usually I would make a rundown of all the songs in the album but with Mgła it doesn't sound right. Their songs flow from one into another, in the vein of Blut Aus Nord, and there's never a huge difference between them, just a few chords here and there to enhance some moments, lyrics and a slightly different pattern underneath the whole song. If you listened to the previous Mgła's efforts you know it and "Age Of Excuse" doesn't make an exception. Mgła keeps churning nihilism with a guitars and drum combo throughout this new album still.

Yet some notes about the different songs can be made. They're simply numbered with roman numerals so I'll indicate each one with just the number. "I" bring us back to the age of Exercise in Futility immediately, the tone, the singing and the tempo is exactly like a mid-tempo song from that acclaimed album, right from the very first seconds of the song. No particular changes are done throughout the song either, leaving the listener the feeling of having listened to the same chords brought on and on for the whole 7:29 minutes of the song. Not that's actually true, but there's hardly anything suggesting otherwise to a casual listen.

"II" is blacker and the highlight of the album. The drumming work of Darkside gets to the front, punching hard from the beginning of the song. The singing has nearly a ritornello, and overall the second song is way more catchy, while still being quite black metal. A lot more variegated also, with a couple of intermezzos, slowing down what would be otherwise an unrelenting succession of sounds.

"III" is an even more classical Mgła song. Darkside drumming and M. guitar work intermix throughout the 6 minutes of it, with alternating prominence. Sonically a mid way between the 2 previous songs, III is still very "catchy" yet lacking in a great moment that would make it stand out on its own. It is a filler, but a very good one anyhow. "IV" is the shortest of the album and starts with a riff that could have been present in Transilvanian Hunger and not felt out of place a bit. The rest returns on Mgła territory, being another succession of guitar/drum highlighted by the singing, which is unsurprisingly the same throughout the song (and album). Not that I would have expected anything else, this album being absolutely in the continuity furrow.

"V" is the slowest one. A voice in the background for the first minute brings us back to Blut Aus Nord efforts of the recent past, until M. shrieks return and the song is again a fully Mgła one. Faster for most of it, and then slower towards the end.

"VI" is the last one and the longest, at over 9 minutes. Possibly the best one also, along with "II": it is more complete, with more different sounds and tempos going on, merged in a very well working way. The angriest M. of the album can be heard halfway towards the end. Ending that is in the tone of a better produced Burzum of the pre-Filosofem era. Exercises In Futility was almost untouchable. Universally acclaimed, it stood as a near-perfect example of black metal in the 21st century. I don't think anybody would expect Mgła to surpass it or even to match it. They didn't, indeed. But they got close, making more of the same bleak, nihilistic, somehow catchy and unrelenting black metal as their masterpiece. And that's good. Age Of Excuse is a new step in the same direction, a good one, the same that brought them to widespread acclaim in the black metal scene. Until it will become stale, continuing on it won't be an issue. Age Of Excuse delivers what you would expect from Mgła, nothing more, nothing less.

Final bonus point for the awesome artwork from Zbigniew Bielak, of Ghost and Solstafir fame. He is creating some of the most intricate, dark and fascinating album covers in the metal world nowadays and Age Of Excuse is no exception.

You can check out the album below and let us know what you think of it! 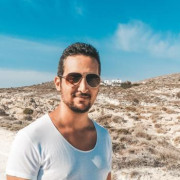