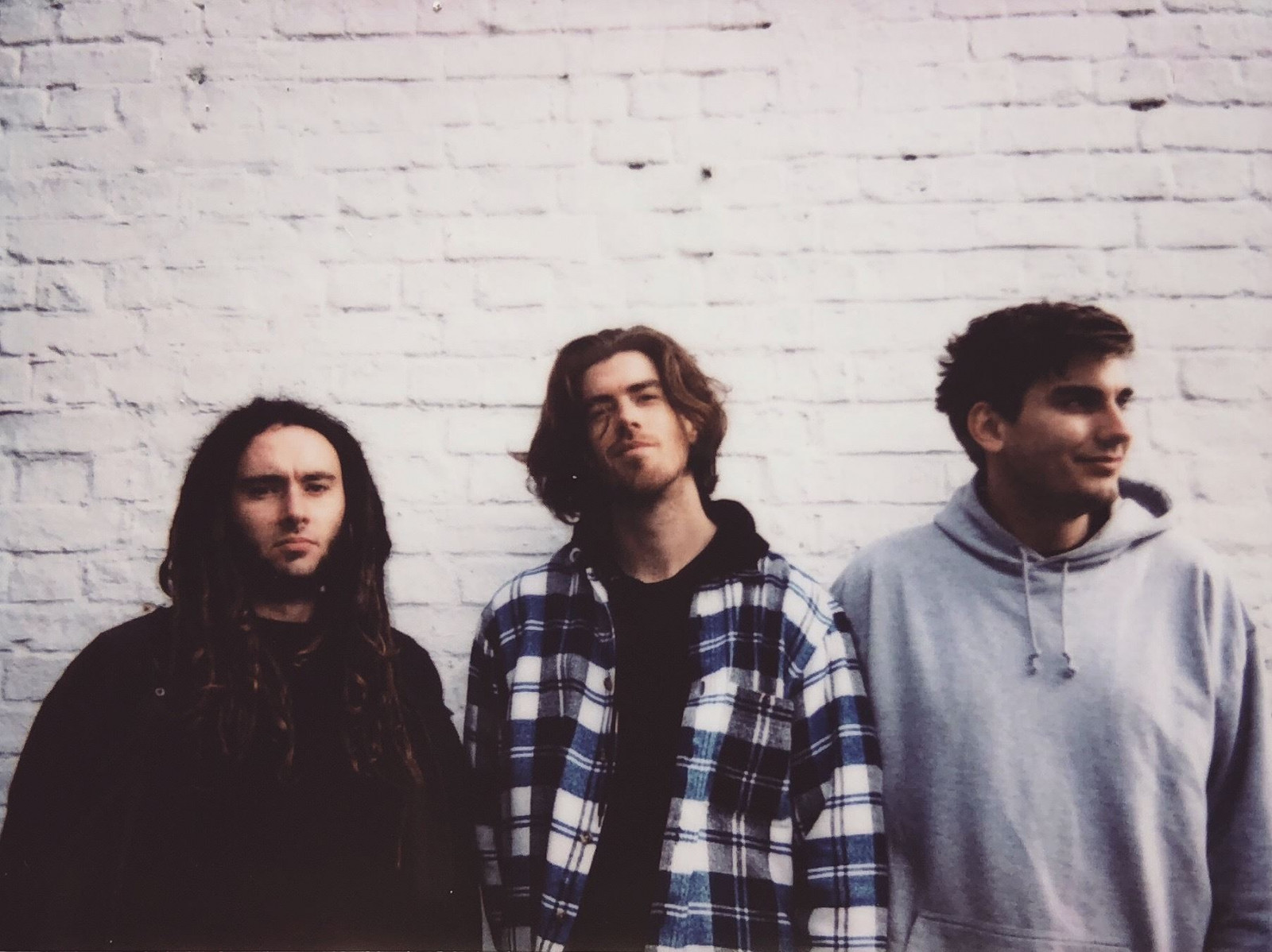 With an ever-growing population of new talent and artists, finding new sounds that are not only enjoyable, but authentic, can become increasingly difficult. Often, the modern music we seem to find connections with intertwines nostalgic and familiar sounds with modern influences, moulding it into a sound that is dynamic within the industry today. At the dawn of their career, Morale have successfully created their own sound and established their own identity, branching far from the norms and providing music that is unique and exciting. There is no greater evidence for this than the songs found on their debut EP, 'Left For Dead'.

The EP begins with a track titled, 'Hold Me Down'. From the opening seconds, the prominence of guitars, drums and other heavier instrumentals are evident. This is something quite exciting to find in newer releases as a substantial amount of music is trekking toward the electronic side of sounds. Shortly into the song, we are introduced to unique and husky vocals. The combination of these two elements create an eerie sort of track, and accompany one another beautifully to create mood and tone. Through the progression to climatic choruses and back down to surrounding verses, the transitions remain effortless, ensuring that every element fits right in. To say this song packs a punch is an understatement. Musically and lyrically the composition of the song is filled with all the right stuff, and proves that Morale know what they are doing. As the first track, 'Hold Me Down' is more than promising, and provides a high standard for the rest of the tracks on 'Left For Dead'.

Track two is the title track, 'Left For Dead'. Released in early 2018, this track has been well received and has established the start of a quickly growing fan base for the band. Apart from this, the track largely cemented the musical creativity, influences and direction for the band, aiming to create a much needed identity. Much like the previous track, the song picks up from the very start, using catchy instrumentals to introduce the track. The juxtaposition of the slightly sombre verses against the enraged yet passionate choruses create a perfect combination of emotion, portraying Morale as a band who strives for a strong connection between audience and artist. Moreover, 'Left For Dead' showcases a nostalgic sound, but remains to sound fresh and unique. This is an incredible element to produce as it it automatically entices listeners who are fond of certain genres to a track that could easily be their new favourite song. 'Left For Dead' excellently encapsulates the musical goals and sounds of Morale, making it clear to see why it was the headlining track of the band.

Track three is 'Mirrors'. Although the track is certainly an outlier from the EP, it fights for its place through the versatility it provides. A new element to the vocals of Morale are seen; they are fragile, restricted, and present the story of the song. In a beautiful way, this strips back yet another layer of the band's talents, unveiling the versatility at hand. They are certainly not one trick ponies, showcasing that they can dictate the way they encompass both voice and instrumentals into their music to create an emotive story-telling experience. With the use of heavier elements at the peak of the chorus, the song provides so many dimensions. 'Mirrors' is undoubtedly an amazing track. The emotion of the band slices through each element of the music and makes its way straight to the listener, yet again reiterating this yearning for an audience to artist connection. For this reason, 'Mirrors' is certainly my favourite track, and perhaps owns the title of the best track from the 'Left For Dead' EP.

Closing 'Left For Dead' is track four, 'Wasted'. With a gradual gain of intensity, this song captures the attention of listeners in a positive way, using the band's clearly identified skill of transitional change to create a powerful yet emotive track. Oddly, the instrumentals are reminiscent of 'Nevermind' era Nirvana, and seem to highly resonate with that sound. Personally, this created a sense of nostalgia and familiarity, ultimately connecting me to the song. Despite this, the elements of Morale's personal identity and sound are more than prominent within the track. Intertwining the use of both softer vocal elements and heavier instrumentals that have been seen in the earlier stages of the EP, 'Wasted' intertwines all these features to create a perfect summary of 'Left For Dead'.

Morale's debut EP, 'Left For Dead' is simply outstanding, and promises that the future of their music will lead to exciting roads ahead. At such an early stage in their career, their sound and goals as musicians are clear to see, enhancing the meaning, vulnerability and authenticity of their tracks. Whilst the EP may have been short, 'Left for Dead' provided a perfect taste of what the band has to offer, alongside the versatility they hold, leaving an audience who anticipate the future of their music! We can not wait to hear what Morale do next, and we hope that you will check them out... they may be your new favourite band!