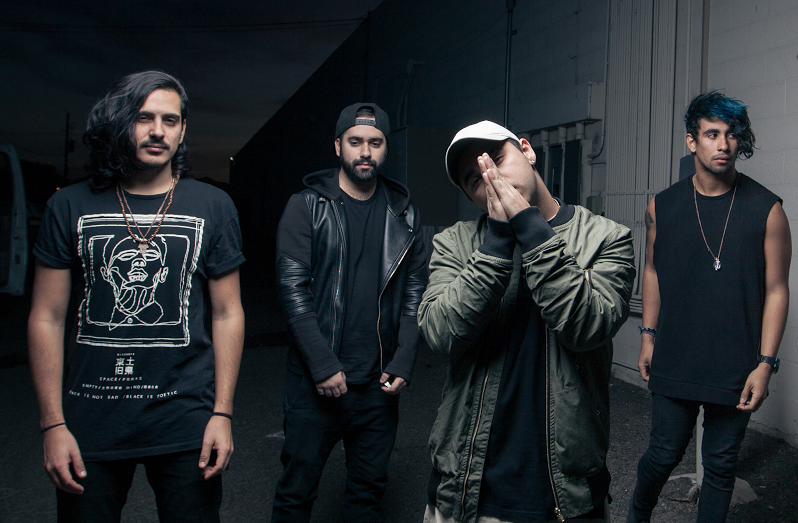 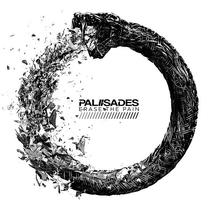 I'm not big when it comes to celebrating the New Year. In fact, the older I get, the happier I seem to be to just let it pass whilst I just get on with regular things and just have the vague excitement the following morning that there's a blank slate of a year. However, I think it goes without saying that one of the most exciting things about a new year, is all of the music that we'll get to listen to as bands either release music or bury themselves back in the studio. With that being said, the first album that I listened to this year was Palisades' newest full length, 'Erase The Pain'.  So let's see if it's a worthy album to start 2019 on.

The album opens with 'Vendetta'. It's a dramatic opening with plenty of aggressive riffs. The guitars are nice to listen to, plucky without being aggressive for the sake of being aggressive. Lyrically, however, it's nothing that we haven't heard before. The song follows an unnamed oppressor, and our protagonists finally plucking up the courage to stand up for themselves. And whilst the production of the songs sound very polished and smooth, it's not doing a whole lot to win me over.

The album's namesake, 'Erase The Pain', opens with slightly heavier guitars and the drums are more prominent too. So far, my favourite element of the album has been its instrumentals, as it's varied enough to create a more interesting atmosphere for the tracks. The lyricism, again, focuses on the ideal of being saved. It's an ode to someone close to them as they're begging to be saved.

Skip forward a track and you have, 'War'. The opening of this song definitely veers more into metal territory than rock, and though that isn't a problem, I did struggle to see how it fitted with the rest of the album. Lyrically, this song is the most interesting, and the instrumentals are matched perfectly as they lull and rise with the songs emotional message.

'Ways to Disappear' is the first slow(er) song of the record. It sounds gentle and almost ethereal. Narratively and lyrically this track was probably my favourite. Our vocalist describes how he feels like a ghost and would like to be involved in the 'normal' world, but the air is poisonous to him. This is undoubtedly the best song on the record, and I would have very much liked to have heard more songs like this. Memorable, subtle and just cleverly constructed. The instrumentals here take more of a back seat, with gentle guitars and much softer drums, matching their energy with the pleading nature of the song.

'Ghost' opens immediately with more aggressive and faster guitars. This is where I found my biggest critique of the album, that being the theme. The theme is all about redemption and second chances, and whereas that isn't a problem, every song starts to feel a little samey with its lyricism. Every song has a line or a verse about being 'saved', or asking to be saved and it starts to feel a little gimmicky. Even the instrumentals, which were so powerful earlier on in the album also start to feel a little muted and washed out.

'Fragile Bones' has a more intricate bass line than anything else we've heard on the record. Whilst there are some definite good elements to the album, they feel a little too scattered. The vocals on this track veer more to screaming, which just feels a little jarring as screaming vocals aren't all that present on the rest of the songs. The album's second to last closing track, 'Patient' is definitely memorable. It's more narrative driven and definitely feels more conceptual than anything else we've heard, and though it isn't bad, it definitely makes you wonder what sort of direction they were aiming for.

This album isn't bad, not by any means. It just feels a little flat. There's very interesting metaphors and ideas that I feel could have been explored a lot more. I couldn't help but think whilst I was listening to it, that perhaps this album would have worked very well as a conceptual album. One with a protagonist as he wanders through a world that he no longer understands or feels welcome in. The lyricism has powerful moments, but for the most part, it feels a little too repetitive, and the same can be said for the instrumentals. Though the guitars are intricate and work well with the emotional messages of the tracks, they too start to feel a little samey. Overall, a record that had a lot of potential, but ultimately felt a little aimless.