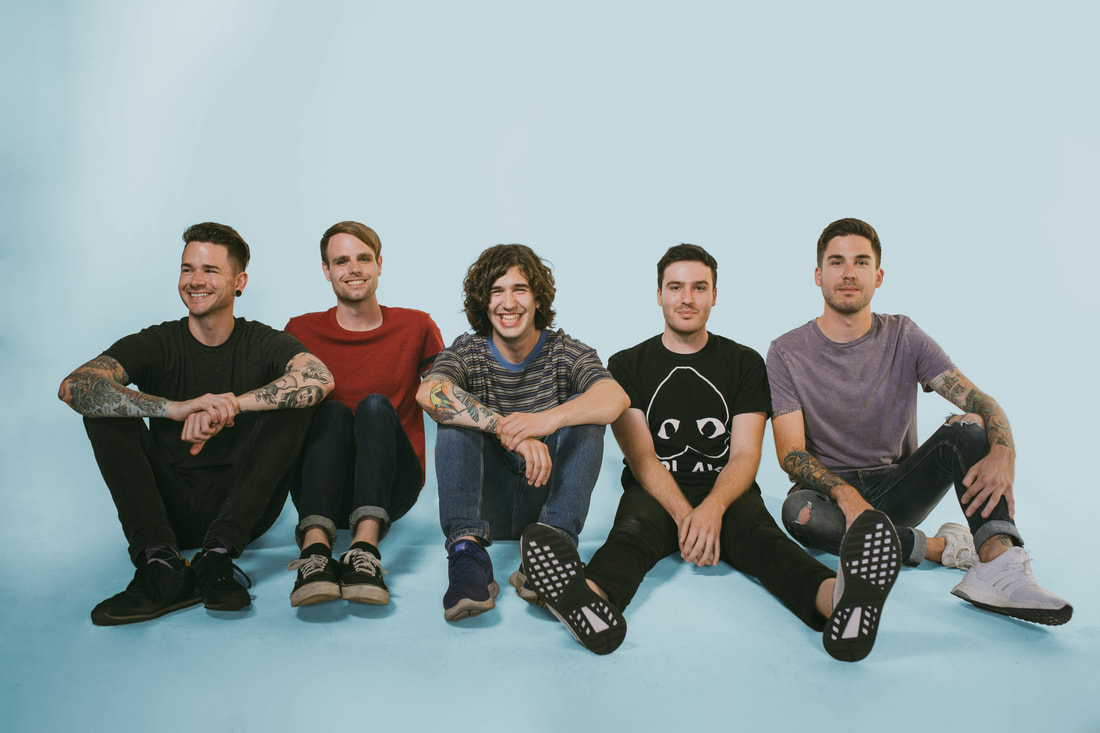 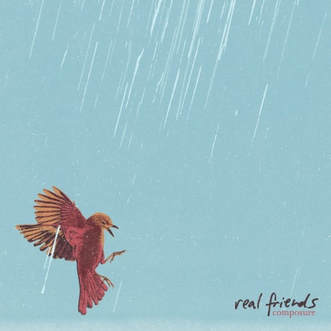 "Composure (noun): the state or feeling of being calm and in control of oneself."
Real Friends has always been a toss up for me. While listening to their pasts albums I found it hard to listen the whole way through without getting bored or distracted. There are a few gems such as “Loose Ends,” “I Don’t Love You Anymore,” “Mess” and the iconic sad girl jam, “I’ve Given Up On You,” that I adore and will happily scream the lyrics out to. In fact, Real Friends is one of my favorite bands to watch live because of their electric energy on stage and the excitement behind knowing they will play those songs I mentioned. But often times, I found myself unable to sit through a full album without getting tired of hearing their-- dare I say?-- whiny and repetitive lyrics. In the past I admit to finding the majority of their music forgettable, always struggling to memorize lyrics and song titles. After the release of their mediocre sophomore album, The Home Inside My Head, I was wondering if I would ever find something I enjoyed as much as their debut EP Put Yourself Back Together.
And on July 13th, I did.

Their third studio album, Composure is a breath of fresh air that I think everyone needed from Real Friends. It is honest, upbeat, catchy, clean and the lyrical content is more mature than their go to “I’m so sad, sleepy and my knees are boney” trope that-- let’s be real-- was getting old. Not only did they grow lyrically but the musicality of this album is a step above the rest.
Growth is extremely evident within the full band for this album and writing these songs was clearly cathartic for the them. Dan Lambton, vocalist, is not afraid to open up about the dark cloud shrouded over him while creating this record. He has explained that his bipolar disorder, smoking and drinking habits almost tore apart the band. And Kyle Fasel, bassist and chief songwriter, admitted that they wanted to create a record significantly better than The Home Inside My Head. And now that this band has finally found composure within themselves, they were able to share Composure with the world.

​The opening track “Me First” is one I’m definitely excited to see live. The punchy chorus and high energy tempo mixed with catchy lyrics gives me visuals of crowds singing “I’m your best second option.” Right off the bat Real Friends want you to know that this album is different. There are various tracks on this album that are colorful in lyrical content and backed by unique sound that is a lot of fun to listen to. This song also has my favorite lyric from the entire album: “Lean on me, don't knock me over.”

Another standout track is the lead single “From The Outside,” a funky tune a about the façade of happiness when on the inside you are not okay (“on the outside I seem fine, on the inside I feel sick, the pills a temporary fix.”) I am a big fan of songs where the subject matter is dark but the music behind makes you want to get up off your feet-- and that is exactly what this track is.
But don’t be fooled, the Midwest sad boys are still-- you guessed it-- sad.
​
Tracks like “Ripcord,” “Hear What You Want” and “Smiling on the Surface” bring back their usual sad boy vibes within the lyrics but where it lacks in lyricism it makes up in musicality.
All in all, Composure is a great album, and a very good example of what Real Friends is capable of doing. With this newfound maturity and unapologetic vulnerability, this 10-track record makes for an interesting listen and I certainly won’t be getting tired of listening to it anytime soon. Though I will say I really hope they do a couple versions of these songs. There are a few deep cuts on this album that would be gut wrenching if they were played with an acoustic guitar. I am excited for this new chapter of Real Friends’ music and I applaud this band for committing themselves to growth and change without losing what makes them Real Friends.
Composure is out now, on all streaming services and you can pick up a physical copy online or grab it after watching their set at the final run of Vans Warped Tour.
Listen to Composure below.