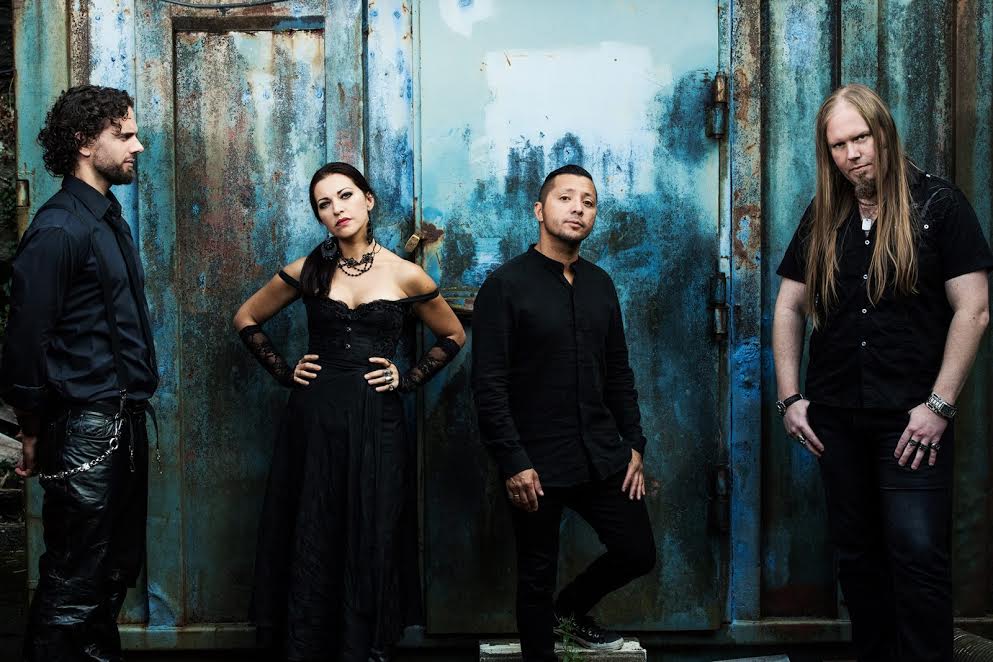 ​One of the most anticipated records of 2016 in gothic metal was definitely Sirenia´s 8th studio album "Dim Days of Dolor". Not only because everyone was curious whether the band can repeat their success of their two latest records "Perils of the Deep Blue" (2013) and "The Seventh Life Path" (2015), but mainly because of the change on the position of their singer.   After four studio albums Sirenia parted ways with Ailyn Gimenez in September and announced that Emmanuelle Zoldan would take her place. Zoldan had previously worked with the band regularly for 13 years as a part of their Sirenian Choir and contributed to lead vocals on their Sirenian Shores EP in 2004. Now, it´s time for her to take the lead.

The album starts with "Goddess of the Sea", the typical Sirenia song with dark lyrics, atmosphere and choir. From the very first second Emmanuelle´s first note leaves her mouth, we can hear that this new (old) alliance works well. She´s a perfect fit!

The title track is the most melodic song you can find on the record. It´s a more standard rock track with classic Sirenia elements and male clean vocals done by Joakim Næss.

The third song "The 12th Hour" was the first song released off the album. We can hear Emmanuelle´s beautiful operatic voice in contrast to Morten´s harsh vocals. This song is heavy, catchy, melancholic with an amazing technical structure full of amazing twists.

"Treasure N´ Treason" is also heavy track with piano melody in the background, pleasing to your ears throughout the whole song. The best part comes with the choir towards the end of the song.

"Cloud Nine" starts with a weird electronic sounds and ringing bells evoking the atmosphere of some kind of an old haunted house or asylum filled with restless and lost souls. The distant spoken words (both male and female) add to the gloomy atmosphere, which is underlined by choir vocals. These play the prime role in the song. I need to praise the drum work as well as the guitar solo which is just icing on the cake. One of the strongest songs of the album and the band´s discography.

Moving on to the next track "Veil of Winter" . This track offers a nice duet between Joakim Næss and Emmanuelle.

"Ashes to Ashes" must have one of the catchiest choruses you´ve ever heard from Sirenia. The line "Ashes to ashes and dust to dust" sticks in your head long after it´s over. Besides that, the center of attention is mainly on the guitars and orchestrations and this combination is excellent.

"Elusive Sun" starts as a slower one. It´s characteristic by Emmanuelle´s emotional singing, followed by choir, heavy guitars and drums in the middle of the song to be later replaced by piano and strings.

"Playing With Fire" is a well written song with brilliant tempo changes from middle to faster. We can hear some of Emmanuelle´s modified voice. The killer guitar riffs in combination with heavy drums take this song to the next level. You can even hear Emmanuelle speaking French for a second and some more harsh vocals. Great song to headbang to.
"Fifth Column" starts with orchestra. Soon, guitars and drums take the lead exploding with a massively huge sound. Little details in the instrumental part of the song like sounds of soldiers marching, shooting, police sirens and helicopters go hand in hand with the lyrical part talking about war and traitors. The vocal lines are perfectly written as you get not only operatic and more catchy lines in the chorus , but also Morten´s almost demonic vocals perfectly fitting the song´s mood.

A ballad is closing the album. It´s an emotive game of piano, Emmanuelle´s weeping voice and more orchestra in the end. "Aeon´s Embrace" comes  with French lyrics also as a bonus track. This one will leave you with tears in your eyes.

In comparison to previous two records, this one is more easier to listen to. "Dim Days of Dolor" seems to be more polished. We hear less Morthen´s harsh vocals and less choir, which is, in my opinion, not the best choice. Emmanuelle´s vocals fit Sirenia´s style perfectly. There are better and more average songs. To name just a few most outstanding (master)pieces I can say The 12th Hour, Cloud Nine or Fifth Column. In overall, the faster and heavier the songs, the better it works. Unfortunately, even though the songs are more diverse, something is amiss and we will have to wait for that "wow" effect which is more likely (and hopefully) to come with Emmanuelle on vocals pretty soon.