Album Review: Sleeping With Sirens - How It Feels To Be Lost 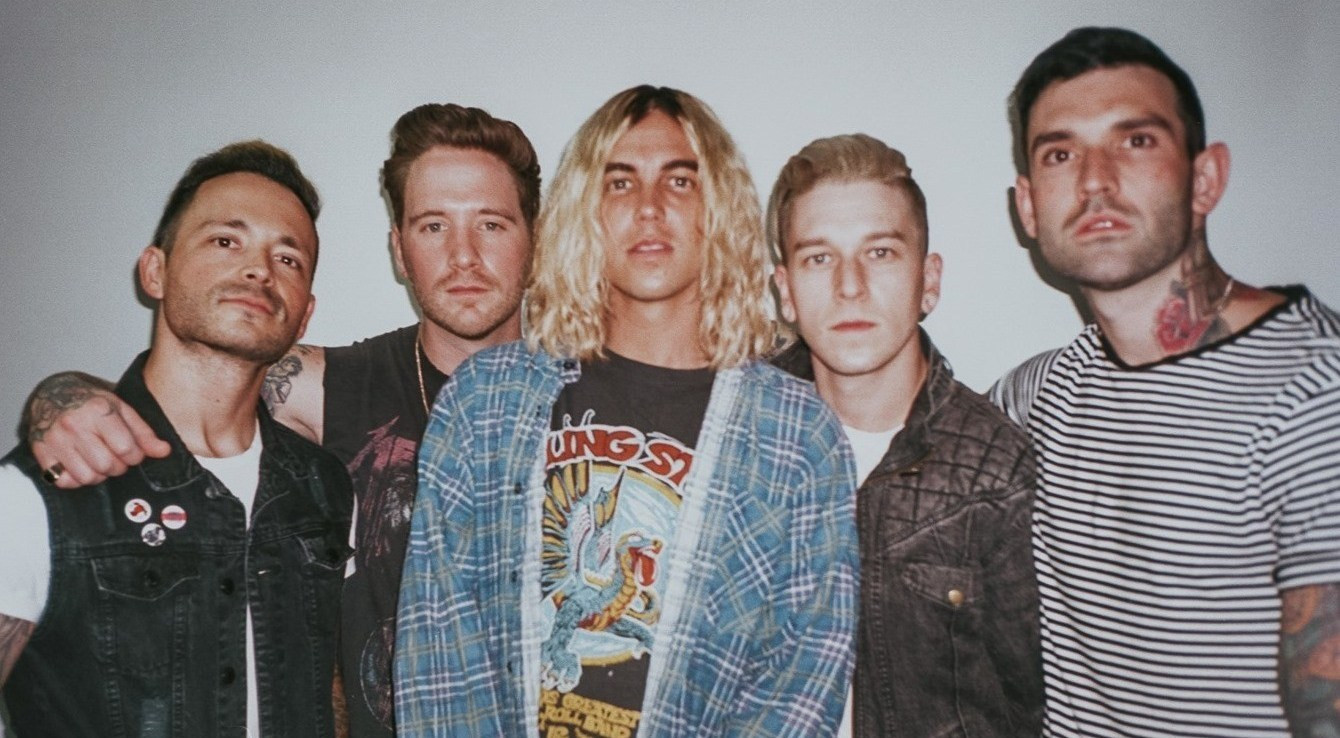 It’s been two years since Sleeping with Sirens last released an album. After predecessors “With Ears To See and Eyes to Hear”, “Let’s Cheers to This”, “Feel”, “Madness” and ”Gossip”, this ten-year’ group from Michigan with members Kellin Quinn, Justin Hills, Jack Fowler and Nick Martin have made their return with “How It Feels To Be Lost”, an album that while shows a certain change in their sound from tracks such as “If I’m James Dean, You’re Audrey Hepburn” or “Empire To Ashes”, it also proves they definitely haven’t lost their touch.

"How It Feels To Be Lost" is one of those albums that leaves you with so much to say that you find it difficult to summon the right words to describe just how amazing was the experience of listening to those songs. It is one of those albums that makes you empathise from the start, and by the end leaves you unable to handle your feelings. I have been obsessing over these newly released eleven tracks, and now it is finally time to review this outstanding album.

Like the title implies, this album provides us with a full-circle study of what happens when we feel adrift. The feeling of uncertainty, struggle, chaos, guilt and sadness that comes with mental issues such as anxiety and depression. While I will expand myself later, I need to say this now: they did a wonderful job in pouring all this feelings into this album.

"Leaving It All Behind" and "Never Enough", the first two tracks, provides us with a fascinating contrast between their chaotic, fast rhythm, and the actual darkness and depression poured into the lyrics. They discuss what would happen if we were adrift or gone, not only from a first person’ point of view, but also from the spectator’ perspective.

About the first song, Quinn has said: “It’s all about depression and anxiety. It’s something that I think needs to be talked about, and it’s something that I struggle with and deal with all the time. I wanted to make a record that was just purely honest about it, and I think that it’s for those people that need that record”

If the first two tracks function as the album’s introduction into the subject, the real glimpse of what angle will be discussed by the band through the album is given by the title track. While it may not be ideal for the more sensitive listener, it explains perfectly how it feels to be anxious or depressed. The struggle that comes with both issues, the guilt, the self-blame, the mental chaos, it is all so well explained that, as a listener, I was completely and utterly emotional by the time it finished.

“I wear my heart on my sleeve like a worn-out sweater / But with a needle and some thread, I've been keeping it together” are my favourite lyrics out of this album, and they are from the fourth track: “Agree To Disagree”. While its lyrics may be less deep than its predecessors, it certainly stands out when it comes to its tune, definitely becoming the catchiest one yet, as far as I see it.

While “How It Feels To Be Lost” was perhaps more explanatory of the issues in discussion, track number five - “Ghosts”, is in a certain way more moving. This track talks of how it is to feel as if we faded away, seemingly unimportant and invisible to the rest. Again, this may not be the best track for a sensitive person to hear, but this issues are so important to be discussed and Sleeping With Sirens do so remarkably well, so it goes without saying that I have quickly grown obsessed with this song.

With “Blood Lines”, the sixth track, what is discussed, instead of the issue per se, is one of the infinite problems that can derive in mental and emotional disorders. What I like best about this track is that it also provides with words of encouragement, something that I have noticed as quite usual throughout this album. With lyrics such as “You can't change what you were born into / Don't let it bury you”, while I may have been hit a little bit too close to home, I also couldn’t help but feel supported and understood.

The seventh track, “Break Me Down”, is the first in which there is a feeling of post-battle. While the chaos and pain has never been more obvious, there is also an implication of progress, of acceptance that things happen and that we have the strength to rise above. It admits that the struggle is still ongoing but the tune, the lyrics and even the voice all speak of a feeling quite different than in the first six songs.

If there’s a feeling not mentioned so far, that’s melancholy. That changes with the following two tracks - “Another Nightmare” and “P.S. Missing You”. While the first seems to call for a loved one disappeared from their life, the second one is quite more emotional, because it seems to ask not so much for another person, but for our happier, pre-battle’ self.

Though it didn’t get to bother me, if there was a song I could have done without, that would be “Medicine (Devil In My Head)”. Musically, it goes back to the chaotic rhythm of the first songs and while it is adequate considering how unpredictable the matter in discussion is, its lyrics weren’t too great in comparison to previous tracks, so I believe that as a whole, the album would have done much better without it.

Now, my absolute favourite was the final song: “Dying To Believe”. The track changes completely into a more acoustic sound than the one we've become used to in this album. There's still the same chaotic feeling, but there's an addition of hope and faith that none of the previous songs have. Not for the first time it is discussed what it is to accept the struggle and slowly overcome it, but there is a newly feeling of tiredness, which implies a new progress made and, in a way, it closes beautifully the topic opened with “Leave it All Behind”

All in all, this is one hell of an album. All eleven songs had me absolutely entranced, their lyrics deeply emotional and their sound completely obsessed. I’m enthusiastic to see where they go from here, and I encourage everyone to give this album a try.

Feel free to leave your comments below!