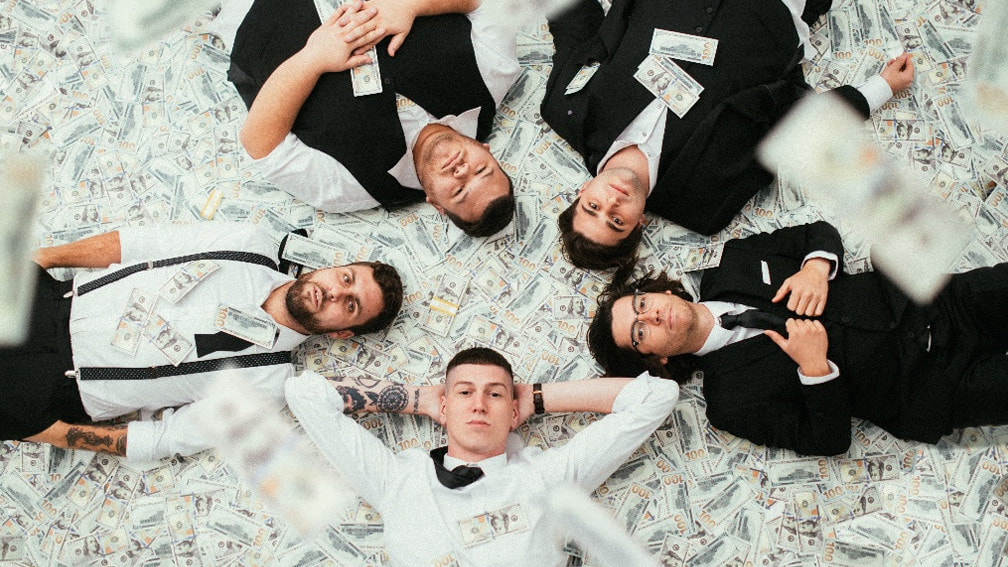 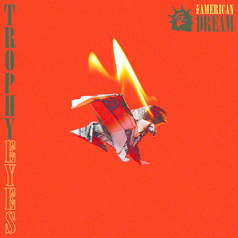 Trophy Eyes are most certainly a band on the rise. Their first two records have allowed them to play tours with some big names and embark on their first ever US headlining tour, and their name is one that's becoming familiar in pop-punk scene.

Their growth hasn't just been in recognition and audience, however, as they've proven with their third studio album 'The American Dream.' The record is their first release with their new drummer, Blake Caruso but despite the lineup change the sound is solid - in fact it's fully developed, unique, and incredibly exciting.

Woven with dark themes such as a real-life story of a suicide (Something Bigger Than This), low self-esteem, heartbreak, and low moods along with songs telling of the nostalgia of imagining a future even if they don't know what's to come, this record feels like reading pages ripped out of a journal. Each song is brought to life and paints a picture that immerses the listener into the scene completely with a soundscape that incorporates atmospheric recordings of the world around them and illustrative instrumentation. It's a different and refreshing listening experience.  It's not often an album can transport you to the desert for an hour or to wild jungles filled with life.

The record screams 'summer soundtrack' with songs like You Can Count On Me, which was the first single release and our first taste of the collective art piece. It hypes you up with passionate chanting which gives a sense of unity, community, and excitement, then continues to hook you in with a drumbeat that feels heavy and somehow still upbeat. This song was a perfect way to introduce us to the brutal, poetic honesty of the lyrics while keeping us uplifted with a cheeky wink and half-joke with lines like, "Thanks to everyone who bought tickets to my shows / I put all the money that you spent right up my nose."

The second single, More Like You, is a perfect example of the illustrative composition which makes this record so special. The drum beat sounds like feet hitting the ground as you run through the jungle. The punchy hits of guitars make the song feel full and create a fighting spirit. Then the addition of layers of tribal chanting and singing just add to this imagery of a community out under the hot sun. This imagery is comforting against the lyrics telling a story of someone feeling uncomfortable in their own skin and wanting to be more like someone else. It's a feeling that most people experience at some point. While it's heartbreaking that anyone could feel this bad, this song provides a setting for those who understand to sing along and vent their frustrations in a way that makes it easier to be honest because of the cushion of instrumentation. If used well, this song could be a useful tool for people learning to love themselves.

The American Dream isn't all fast and loud, however. There are songs like A Symphony of Crickets which are calming artistic masterpieces. Immediately you're transported onto a back porch on a warm summer night listening to crickets chirping in a way that feels like listening to a gentle song. Their calls seem like bright twinkles in the landscape reflecting the stars in a dark sky. The heavenly harmonies and smooth string sections rising in pitch in soft but full choruses make you feel like you're rising into that night sky on a cloud, feeling completely weightless. Meanwhile the low guitar and deep, soothing voice of John Floreani keeps an warm tone reminding us of the earth below and keeping us from being out of reach of home.

Trophy Eyes have created something truly special with The American Dream. This is a journey that nobody should miss out on. There's only so much words can do to describe the work of art that is this record. This band creates paintings with sound and invites you into their world, their minds, their hearts, and their community in a raw and artistic way that no other band could pull off. If you only listen to one record this summer, make it this one.