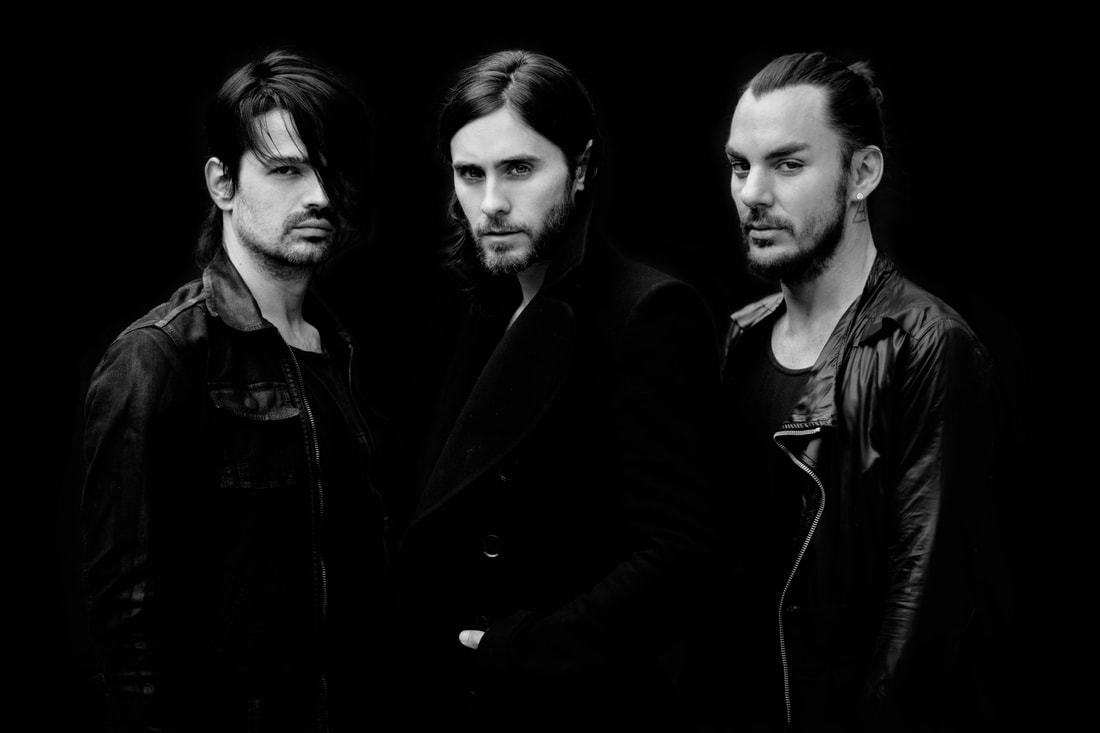 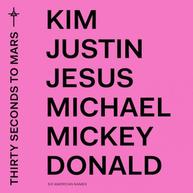 American rock band Thirty Seconds to Mars continues their experimental rock/electronic sound on their latest album “America”, released April 6th, 2018. With renowned musician and actor Jared Leto (lead vocals, guitar, bass, keyboards) as frontman of the band, he is joined by his older brother Shannon Leto (drums and percussion), and Tomo Miličević (lead guitar, bass, violin, keyboards). Having released five albums since 2002, Thirty Seconds to Mars has not only dabbled with a variety of musical techniques and styles, but their sound has really evolved and matured over the years.

Well known for their radio hits such as “Kings and Queens”, “The Kill”, and “Walk on Water”, Thirty Seconds to Mars has really made a name for themselves in the alternative rock scene. Compared to albums they have released in the past, such as “A Beautiful Lie” and “This Is War”, we can see that the band has drawn influences not only from their old sound, but also from modern electronic styles, which balance out the album quite nicely.

I would say a majority of the songs on the album evoke a feeling of empowerment. They give off a sound that is intense and escalates throughout the album. The songs off of this album that represent the evolution of the band’s sound the best are “Rescue Me”, “Hail To The Victor”, and “Rider”. Not only do these songs bring out the classic sound of Thirty Seconds to Mars, with Leto’s voice powering through each track, but they also show the band’s experimentations with electronic sounds that really help the album progress in an interesting way.

“Rescue Me” really takes me back to the Thirty Seconds to Mars sound I remember hearing in 2009, while also appealing to a new taste in electronic music. This song includes hints of heavy electric guitar backing its high-pitched electronic melodies. It also still features Leto’s one-of-a-kind vocals which really guide the song. This song does the best job of balancing both elements of Thirty Seconds to Mars’ old style, while also experimenting with a matured electronic sound.

“Hail To The Victor” reminds me a lot of EDM music, as the majority of it is instrumental. This song differs significantly from Thirty Seconds to Mars’ old sound, as it does not feature a large dependence on Leto’s vocals, but rather makes room for the band to further experiment with a new sound. With sounds that emphasize a deep bass, this song really seems to mimic a modern electronic style.

“Rider” closes the album on a grand note, almost reminding me of a movie soundtrack. This song also does not rely too much on Leto’s vocals to carry it through, but rather uses both electronic sounds, as well as what sounds like marching band style snare drums, as well as classical sounding violin and choir-esque background vocals. These elements really build up the album to a larger-than-life ending.

While fans of Thirty Seconds to Mars may miss their old, heavy rock sound, it is evident through their latest album “America” that they have worked hard in modernizing and evolving their sound through an electronic style, while also remaining true to their old sound by continuing to use Leto’s powerful vocals to guide a majority of the tracks.