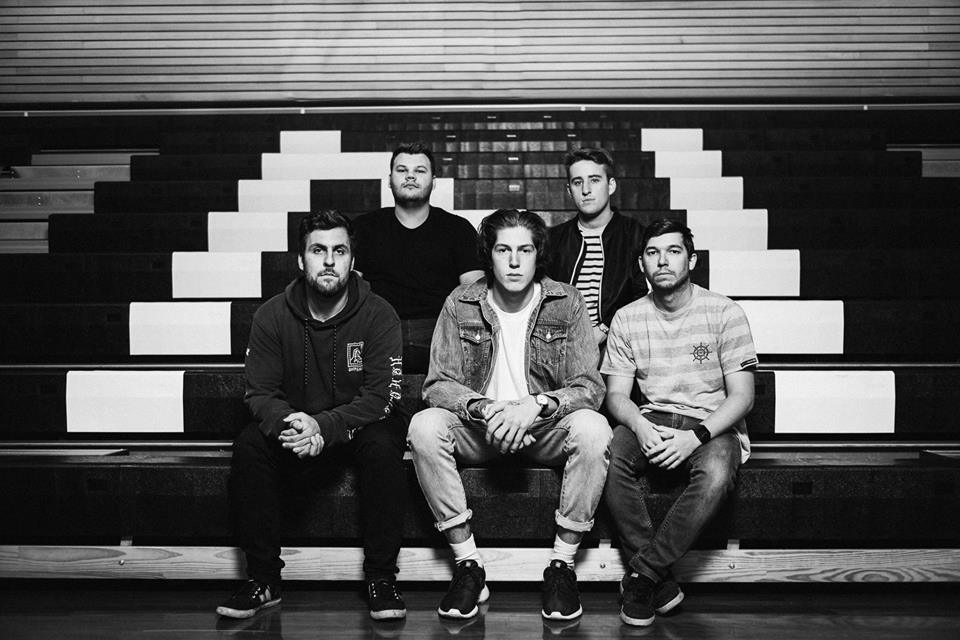 As the first track on Chemical Miracle, Chlorine begins with the lyric of "I'm still breathing,” along with determined guitars and drums. We meet Floreani's lead vocals as a scream (“WATER RAN FROM MY BODY”), before softening to cleaner vocals, still with a strong edge of emotion. Soon enough, you realise just what this song is actually about, and that realisation drops powerfully. It's a tribute, a remembrance, a statement of confusion, an expression of grief, and a message of gratitude all in one. I honestly wasn’t prepared for anything of this depth in this album and certainly didn't expect to be brought to tears by what could be considered 'just a punk rock song'. It’s much more than that, and is an impressive start to Chemical Miracle.

Counting Sheep is track two and we are immersed in strong guitars and a raw description of desperation. While sitting and listening to this great song, I felt perplexed how Trophy Eyes again managed to weave such an emotional story in with such kickass catchy beats and melodies. I started to think that Floreani may be some kind of heartstring tugging wizard of punk vocalisation, nevermind the impressiveness of the whole of the song, barrelling along confidently throughout until slowing down to finish.

Track three, Nose Bleed doesn't disappoint and pokes a knife in toward father-son relationships, and does so with a slick and cohesive rock sound. It occurs to me in listening to Nose Bleed that not all screaming vocalists are created equally. Floreani's screams seem to be an extension of emotional expression, not any kind of superfluous decoration.

In track four, Heaven Sent, we continue to see this in action. The emotion is light, flat and wavering in the first verse and therefore so are the vocals. As it builds (in the lyrics "Stay away from me!" "You should have listened to me!"), so too does Floreani's voice. The fluctuations across the song are organic and feel authentic, which takes the listener along on the emotional journey. This is a beautiful song; a rock song warning against a serial badass boyfriend.

Rain On Me starts with Cramp going ballistic on drums (in fact all band members going off, but Cramp in particular) and features an amazing lyric; "every rain drop that touches my skin makes a sound like your name". It's a heavy song but there are still sweet interludes with “stay” echoed calmly behind the call of “I’ll be your favourite mistake!”. The sudden time changes and guitar focus have Rain On Me remind me of Soundgarden. Lyrically, Rain On Me feels like an impassioned plea to be loved. (As a side note, the lyrics of Rain On Me seem to be adapted from the story White Fang by Jack London.)

Track six, Chemical, starts with scratching, chains and vocal effects and vocally has a Beastie Boys edge, which is probably not intended. This song is amazingly unique. Blink and you'll miss its one minute, nineteen seconds of raw honesty and venting of confoundments: What is time? What makes our thoughts? Why is death taboo?

Breathe You In touches on this theme of water and mortality that seems to flow through the album. It seems like an ode to a lover and never wanting to be without them. Seeking guarantees of their love as permanence (“If I could I would stop the whole world / To grow old with you and die in this moment”). And again I am unapologetically misty eyed. There's such a beautiful contrast with this song compared to the previous track, with an unchallenging and comfortable (and really good) sound. It is impressive that Trophy Eyes are this flexible sonically and have this ease in playing around with genre (or lack of).

Home Is has a different sound to the other tracks so far, and I don’t think it’s just the 3/4 timing. To me it feels like there is some awkwardness, in particular with the first verse and some disjointedness musically when Floreani starts singing “Make new friends who don’t know anything about you” (are we still in 3/4 timing here?). But the song describes awkwardness and disjointedness emotionally too and it is a good fit with this. It describes moving house to move away from difficulty, and not necessarily ever fitting in, in a number of ways, with numbness a (temporary) solution. The coolest part of this song is the conclusion including a time change, and backing vocals saying what sounds like “this time I care”. To me it feels like it all might be okay, finally(?).

Track nine is Miracle at one minute and 45 seconds. It’s short, like its Chemical friend, but not sweet, deliberating loudly on death and suicide options. “Who the fuck’s gonna miss me?” screamed passionately along with aching guitar, thumping drums, and a repeated backing vocal chant hits. hard. “Where is the miracle?” I wondered, and then got my answer, feeling instantly grateful that this song exists despite this suicidal sentiment dripping from it heavily.

Collective sigh is needed right here. You and your message matters, friends.

Without so much as a pause on the album though, we’re thrust into track ten, Suicide Pact, where punk rock beats curl around a mate telling a mate to stop hurting himself (“What a stupid way to see / If your friends can keep their promises / Aren't you tired of hospital beds?”). If you weren’t touched by this album already, maybe you will be now? Or maybe your emotional receptors are just waking up (and that’s okay). This stuff matters, and to have it expressed so honestly, versus glorified or tiptoed around is important. The outro is so amazing that I almost don't want to mention it as a spoiler. I will admit that I played the last one minute, fifteen seconds over and over (and over). It is sheer perfection and bliss to my ears; instrumentally, vocally, lyrically.

Chemical Miracle’s last track, Daydreamer, is a sombre close to the album with soft vocals and slow and easy guitar. The feel of the song is similar to Home Is, with the lyrics describing a person arriving home and not feeling welcomed, connected or a part of things. When Floreani describes being alone with cigarettes at the airport, the guitars and drums all but disappear, fittingly, leaving Floreani solo before the lyric “I’ve got friends” seems to call the band back in, leading to another impressive outro with guitar closing the song.

What an album! Eleven tracks down and it’s clear that Trophy Eyes have put their all into the musical experience that is Chemical Miracle. Their willingness to create honesty has produced an album that wraps important emotional concepts in exceptional music. Released on 14th October by Hopeless Records, Chemical Miracle has already debuted at #8 on the ARIA charts, an impressive (yet unsurprising) start for this amazing album.

You can listen right now below!