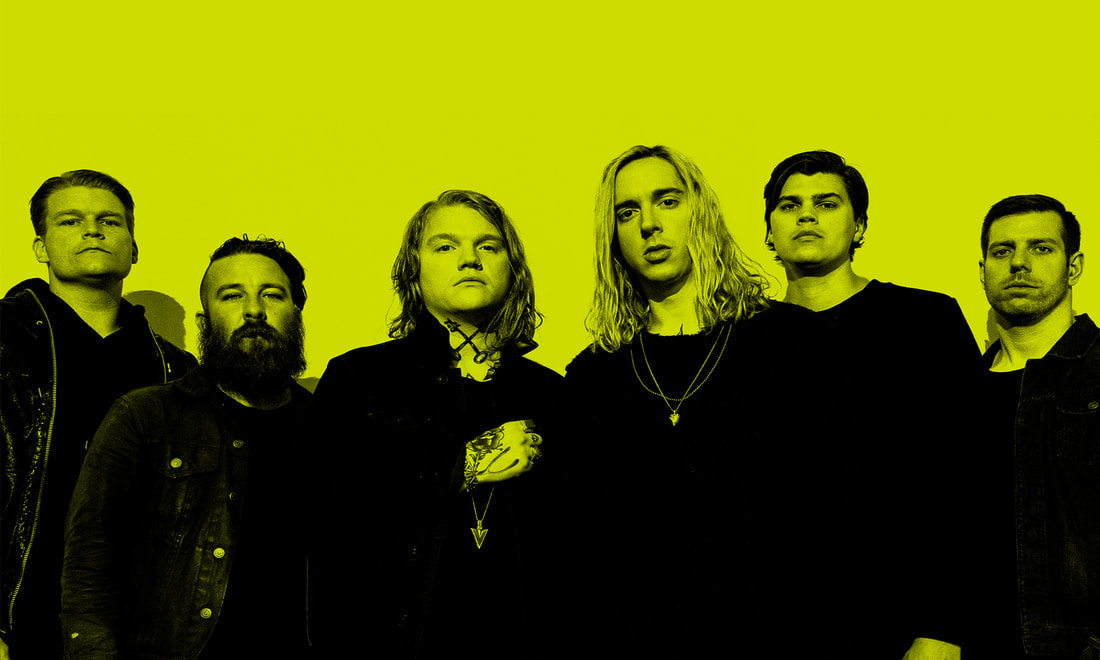 Underoath have finally made their eagerly awaited comeback this year with their 8th studio album “Erase Me,” their first release of new material since 2010. Formed in 1997, Underoath have made their mark in the post hardcore and metal core scenes, with their previous albums boasting thrashing rhythms and raw vocals, and their sound becoming more distinguished with each album. “Erase Me” signals a change in direction and a more standard approach to song writing from the band, dividing opinions amongst fans.

The first single “On My Teeth” sets the tone for the album, with the looped drums in the intro creating a primal energy and the building guitars adding a sense of anticipation. The title seems to reference tooth damage as a side effect of cocaine use, as the lyrics create a sense of defiance and almost betrayal, potentially kicking against the band’s Christian past and their mixed experiences with religion, as vocalist Spencer Chamberlain has linked the song with his parting from Christianity after struggles with addiction. For me, the single was an exciting hint of what was to come in the rest of the album.

Opening track “It Has To Start Somewhere” explodes into clean vocals after an atmospheric intro, with the powerful drum beat setting the pace for the song. The melodic verses add coherency less present in the band’s earlier albums, signposting their development. The contrasts between the lighter and heavier sections make an interesting listen, with the strong rhythm guitars driving the song and making it a head banger.

The lyrics to “Rapture,” the second single and track, portray a twisted love affair. Notably, they are sung, and the song lacks screaming, flagging a more “normal” approach to song writing which has bothered some fans. The chorus is definitely the best part of the song, and I can imagine it being very strong when played live. Although the song is enjoyable to listen to, it seems to lack individuality, and isn’t the strongest on the album.  Similarly, the slower pace and softer sound to “Wake Me” comes across as almost generic and without the rawness in their older albums. The mournful lyrics are certainly genuine and the chorus is catchy, but the song has a repetitive feel to it, both thematically and sonically.

“Sink With You” was a stand out on the album for me, with the high energy intro being more reminiscent of their previous sound. Between the heavy guitars, sung vocals and screamed refrains, the song echoes the rollercoaster like experience of their longer old songs, and at 4.45 minutes, it’s the longest track on the album. After a fade out and a few beats of silence at nearly 4 minutes in, the song suddenly explodes into one final breakdown. This genuinely caught me by surprise on my first listen, with the darker sound of the ending raising the song up as one of the strongest on the record, and one that I will certainly put on repeat.

The following track, “ihateit,” is a good song by any means, but I personally found this track to be one of the least interesting on the album, as it is quite similar to the others, with the lyrics creating the same bitter anger found in most of the tracks, with this making it repetitive within the album. Despite this, I think the track is redeemed by the screamed breakdown, which adds some vitality and dynamism.

I think that “Hold Your Breath” contrasts this by bringing back the strength behind classic Underoath songs, with the screamed verses creating a much more primal atmosphere echoing their prior albums. However, the chorus still seems to show their newer approach to song writing. As this is melded with the older sounding verses, it creates a really interesting sound which demonstrates the advancements made on this album.

The closing track “I Gave Up” adds a sense of depth and variation to the album, with the light piano and vocals creating a sound stuck somewhere between calming and haunting. The lyrics seem to hint at struggles with identity and life, creating a sense of relentless hopelessness, with the softer drums ensuring that the vocals are the main focus of the song. Overall, this song adds a thematic end to the album, with the quiet fade out contrasting the bold sounding choruses. This causes the listener to reflect on the album as a whole, and left me almost dazed after my first listen, as the rollercoaster like album leaves you on a down and contemplative tone.

“Erase Me” is certainly an interesting listen, with the band’s newer stylistic elements being a positive change, as the best tracks on the album are those which mix more sophisticated elements with their older energy and vitality. As an awaited comeback, this album does not disappoint, and should open the minds of complaining fans who have approached the record expecting an exact replica of their old sound. I think these songs would sound amazing live, and would definitely enrich the setlist of upcoming concerts.