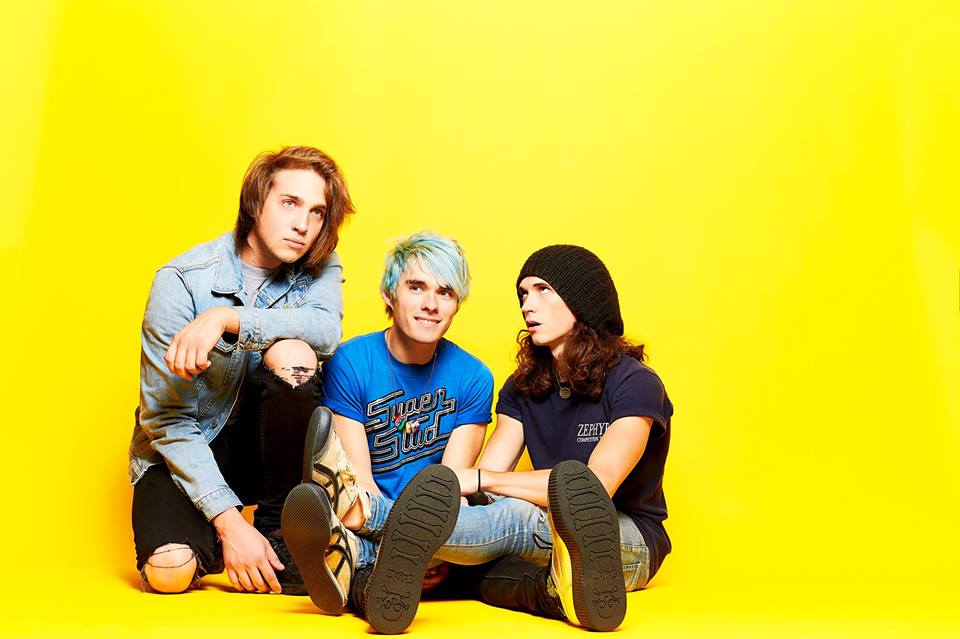 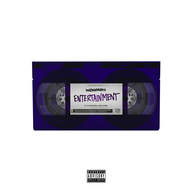 What do I know about Waterparks? Almost nothing, I’ll be completely honest. I know that their lead singer Awsten Knight dyes his hair crazy colours. I know that they released their debut, ‘Double Dare’ on November 4th, 2016. And I know that the album received a lot of high praise, did I listen to it? Also, no. Before sitting down to write this review, I had heard a total of one Waterparks song—that being ‘Stupid For You’. Let’s see if their newest record, ‘Entertainment’ will match that praise.

The album opens with 11:11, as we’re immediately greeted with an electronic keyboard, telling us straight from the off that Waterparks might have swayed from their innocent friendly, pop-punk sound. 11:11 is a sweet enough love song (‘you got me feeling like a walking love song’) as the song’s narrative explores being completely and utterly infatuated with someone. Perhaps there’s a darker undertone in the song, as it hints that the relationship might not be necessarily healthy. In terms of instrumentals, the chorus stands out for sounding messy and chaotic and it only serves to slow the song down, instead of helping it flourish. Personally, this track didn’t do much for me in terms of opening up the album and giving us a taste of what we can expect on the remaining nine songs.

The album’s third song, ‘Peach (Lobotomy)’, opens up with a carefree whistle and an acoustic guitar, making you think of a summers day or strolling along the beach. Stylistically, the sound is very different from the songs that preceded it—as Knight sings about ‘feeling dumb’ for needing someone so much. Each song on this album is a cute, quirky love song—a declaration of adoration towards someone, and even the most hardened cynic would have difficulties not feeling all mushy hearted when listening to them.

‘We Need to Talk’ is the first proper introduction to the two genres that carry this album. The merge of synth, electronica and friendly punk really mash well together on this album, each genre feels balanced and brings something new to the tracks. ‘We Need to Talk’ is the first track on the record that veers away from cotton candy sweet love and instead turns its attention on a relationship gone south. Knight’s clean vocals sing that even though the mother liked him, none of the friends did—and even though he was smitten, it obviously wasn’t meant to be. (‘I really thought you were my four-leaf clover/I know I’m lonely, but I won’t come over’). It’s an infectiously catchy banger and one of the songs on the album that relies more on techno, but it works.

‘Not Warriors’ has this definite retro 80s disco vibe, and with TV shows like ‘Stranger Things’ bringing back retro, it’s easy to see the inspiration behind this song. The latter half of this album sheds its pop-punk skin, with the songs balancing instrumentals and electronica. In terms of fitting well with the rest of the album, this song feels a little jarring after the slightly darker ‘We Need to Talk’—and in terms of themes, it doesn’t really feel as though the album grows or goes anywhere narratively. Whilst the songs before, ‘Not Warriors’ were catchy but didn’t feel repetitive—this was the only song on the record that felt repetitive by the time you got to the halfway marker.

Thankfully, ‘Lucky People’ doesn’t allow any room for criticism. It offers us the first acoustic track on the record, (‘I’ll be your optimistic black hole’). The lyricism here, though it was certainly worth noting before, is really given the chance to flourish on this track. It’s witty, sweet and insightful. It’s a delightfully sugary overload of positivity. The lyricism here offers a certain measure of self-awareness (‘You’ve got me writing sappy songs/I used to laugh at on my own’). It is without a doubt my favourite track on the album.

‘TANTRUM’ starts off with a sardonic Siri like voiceover: ‘Fuck these fuckboy boybands that can’t think for themselves/ Let’s put away our black clothes and start cutting up our voices/That’s what’s cool now, right?’. This track is aggressive, fast and dripping with angst—about staying relevant, injustices, unoriginality and double standards (‘If I wasn’t thin and white with blue hair would I be here’). It’s certainly jarring, given the calm, lovey-dovey tone of the rest of the album (‘Maybe if I kill myself you’ll know I’m sincere’) and it certainly sounds like it wouldn’t be out of place on a Neck Deep or Knuckle Puck record.

The record’s closing track, ‘Sleep Alone’ doesn’t feel like a closing song—I personally felt that ‘Crybaby’ felt and sounded like a better track to close up the album, as ‘Sleep Alone’, for me, didn’t feel as though it tied up the themes that were explored on the album.

Musically, and especially when it comes to genres, this album is incredibly strong—proving that bands can swing effortlessly between techno and punk. Lyrically, again, it’s a strong album, and perhaps I’m too much of a cynic for this but on an album bar a couple of exceptions (‘TANTRUM’ and ‘Blonde’), almost every song is a sickeningly sweet love song. It was simply too cute. The songs that went for a more aggressive, angsty feel didn’t feel as though they thematically meshed well with th rest of the album: overall the album is good at what it does. Sweet, innocent, love—proving that love songs don’t need to rely on clichés.