Album Review: While She Sleeps- SO WHAT? 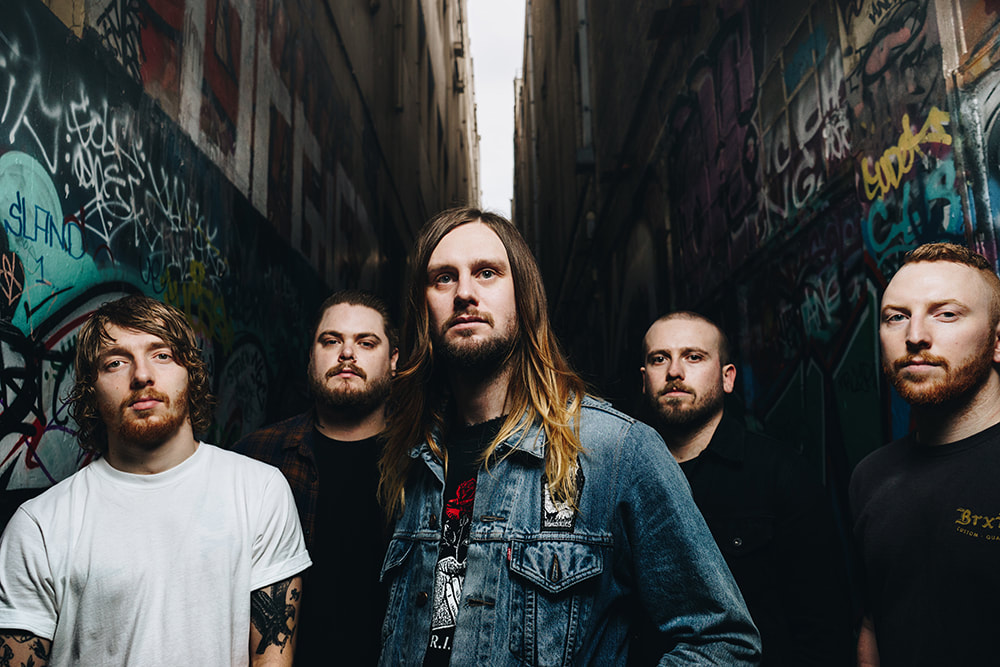 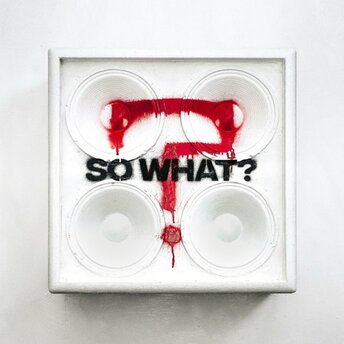 The dawn of the new year saw many fans anticipating new albums from some of their favourite artists. Perhaps one of the most talked about of these albums, While She Sleeps recently dropped their fourth studio album, 'SO WHAT?' The release of the album proved that the mystery and hype surrounding it was worth it, and demonstrates a favourable experimental change within the band. Furthermore, the development of lyrics and themes within 'SO WHAT?' heightened the importance of While She Sleeps as a band, and puts this track list of music into the running for one of the best albums of 2019.

The album 'SO WHAT?' opens with the single that started it all, 'ANTI-SOCIAL'. In 2018, a clip was posted by the band, urging fans to go out and find the track around areas of London. Its later release on BBC's radio show saw a very positive reaction, and a well deserved one of that! From the opening riff, this song grabs the audience. The emotion found within the vocals make this track both genuine and thought-provoking. No matter the strength of the instrumentals, While She Sleeps make their message clear; "do you want the truth or do you want to assume it?" Track one holds a heavy political and cultural stance, and clearly shows that the members of the band are not here to mess around, but to voice their opinions and fight against a corrupt, modern society with the large platform they have. 'ANTI-SOCIAL' is an excellent track, and sets a great tone for the rest of the album, 'SO WHAT?'

Following this is track two, 'I'VE SEEN IT ALL'. Opening with a chant and signature riff, this track already creates notions of a political viewpoint. Although a majority of this song is more timid, I feel it was a worthy inclusion on the album. Using the softer verses creates a sense of vulnerability and a loss of the feeling of invincibility found within the heavier tracks. This allows the responder to connect in a different way, and perhaps rethink their sense of strength and openness. Considering both this connection and the lyrics, this song was a perfect one to strip back. "Our lives are so fragile but we live like we're invincible." This song acts as a call to fans, a call charged by emotion, symbolising a deep artist to audience connection. 'I'VE SEEN IT ALL' is an important song that establishes connection within 'SO WHAT?'

Track three is 'INSPIRE'. This song itself feels different from the others, thus establishing a sense of diversity within the album. It seems as though this song has taken inspiration from many genres, creating a shockingly perfect fusion of technological elements with classic hardcore elements. 'INSPIRE' is certainly a track which showcases the power of the instrumentals of the band; both vocals and instruments. While She Sleeps have used their own inspirations to create a refreshingly new track, and pose as an inspiration to their fans to branch out and try something new!

Track four is the title track of the album, 'SO WHAT?' The versatility within this song's vocals gives an indication to the diversity of sounds which are to be discovered in the rest of the album. Furthermore, the lyrics foreshadow the themes of political stances and the truthfulness between the band and fan which are discovered in the album of 'SO WHAT?' "It's a false sense of security that will tear us apart". While She Sleeps are evidently not here to tip toe around issues, instead ripping apart areas of sensitivity and reaching into topics other bands fail to go. 'SO WHAT?' gives an excellent insight into the album, and clearly depicts the band's 'so what' attitude to the exposure of many topics.

Following this is track five, 'THE GUILTY PARTY'. This song was the first single released in the new year, reaffirming the anticipation for the upcoming album. The somewhat angelic backing vocals at the start of the track almost seem misplaced, but ultimately brilliantly juxtapose to the heavier elements later introduced. 'THE GUILTY PARTY' is easily one of the more brutal and emotive songs on the album, creating various layers of depth within the single song. Due to this, not only was 'THE GUILTY PARTY' an excellent choice of a single, but a personal favourite from 'SO WHAT?'

Track six is an earlier released single, 'HAUNT ME'. Throughout the duration of this song, the lyrics are consistently thought-provoking. Yet again, a vast majority of the lyrics are outspoken, and questions the roles of authority and leadership within our modern world. Personally, I feel the most important lyrics were "I'm intoxicated, lead astray by the fake". I feel as though this is a representation of the many issues within society. We are constantly force-fed fake news and uneducated opinions, that it becomes almost impossible to differentiate fact from fiction. Slowly, this is leading to our own destruction. Due to the fantastic lyrics and composition, not only is 'HAUNT ME' a standout song from 'SO WHAT?' but another personal favourite!

Following is track seven, 'ELEPHANT'. This track was yet another single released in 2019 to promote the release of 'SO WHAT?' Once again, the political controversy oozes out of this track, bluntly questioning both higher authorities and life itself. While it may not seem credible to listen to a heavy rock band for life advice, the issues they bring to life are real and relevant. The light that While She Sleeps sheds on important issues is necessary in the modern world, and has the potential to get newer generations interested in the issues unfolding around them. 'ELEPHANT' is a very important song from 'SO WHAT?'

Track eight is 'SET YOU FREE'. Although it shows the occasional metal element, this track is far more timid and slower than previous songs.  However, this is a good thing. This new style of sound prevents relapses of the same beat and avoids any feelings of repetition within the album. It also acts as a break to fully focus on the emotionally charged lyrics that the band provides. The placement of 'SET YOU FREE' is important to the listening quality of the album 'SO WHAT?' and was a wise inclusion on behalf of While She Sleeps.

Following is track nine, 'GOOD GREIF'. Much like the juxtaposed title, this track combines softer vocals with heavier metal elements to create  dramatic effects. The end product can be described as a track of empowerment, displaying a 'win of the battle' type feeling. This contrasts to the feelings of pain, despair, loss of hope and corruptness explored in the previous tracks. The new sensation and newly discovered feelings rehatches the feelings of excitement surrounding the album, and builds anticipation for the final tracks from 'SO WHAT?'

Track ten is 'BACK OF MY MIND'. From the beginning, the apocalyptical feelings are reopened and the use of metalcore elements are once again evident. As convinced as you may already be, I believe it is important to reiterate just how skilled While She Sleeps are at combining lyrics, feelings and music together. Further to this, they manage to convey these emotions into the hearts of the audience, creating a personal connection and providing a slice of their mind to the fans- a skill which many popular bands have not yet mastered! 'BACK OF MY MIND' is certainly an emotionally charged song.

The concluding track from the eye-opening album 'SO WHAT?' is 'GATES OF PARADISE'. To say this track finalises the album with a bang is an understatement. All the elements seen in the entirety of the album are somehow thrown together, but in a non-chaotic way. While She Sleeps miraculously manages to create a track that not only sounds amazing, but summarises the feelings, sounds, thoughts and ideas found within the album. 'GATES OF PARADISE' is an excellent concluding track to the brilliant album that is 'SO WHAT?'

Through their fourth studio album 'SO WHAT?', While She Sleeps have solidified their importance within the scene. It is safe to say they are not like other bands, and they tread heavily on fragile ground. The way in which they tear apart modern issues within modern society is impeccable, and the opinions they share on said issues should be heard by not only music fans, but every member in society.  While She Sleeps are truly a talented band, and have created an album which is already in the running for one of the best albums of 2019. 'SO WHAT?' is a must listen!

Have you listened to 'SO WHAT?' yet? If not, do so below and comment your opinions down below!