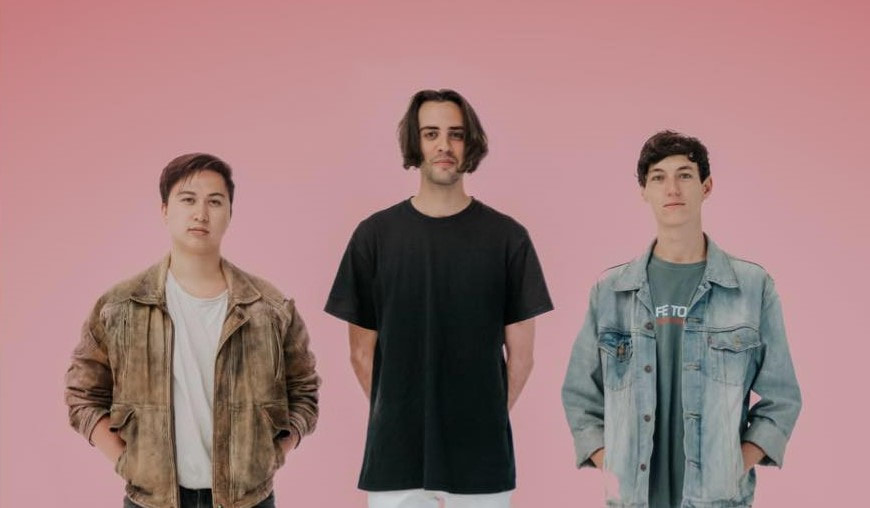 The album’s opening track, ‘That something’ is very reminiscent of State Champs, something off Living Proof. Cheerful, peppy punk. It’s got a real summer vibe to it. The song introduces us to the idea of having found ‘something’ that they don’t want to lose. It’s a sweet love song. It’s loud without being aggressive. It’s a simple enough hook, easy to remember, but that doesn’t in any way demean the song or its narrative structure.

Sing to me opens with a more prominent bass. It is immediately slower and more introspective. I can see a lot of influences from other bands, for some reason this reminds me of All Time Low’s latest track, ‘Everything is Fine’. It’s a very bittersweet song, about the vocalist being willing to give up everything, but the person in question being unsure of making that same jump. It’s an interesting juxtaposition of the cheerful background vocals and the undertone of the darker lyricism.

‘Moving Boxes’ we delve into a darker side of the album that wasn’t present on the opening two songs (‘these days I’ve been a burden’). It’s a catchy break-up song, about a fling that really has no future. The bass is ton of fun to listen to, and that’s something of note on this record. These songs all invite you into singing along, and if Warped Tour was still around, I could definitely hear them being played live there. It’s hard to describe, but they feel like festival songs.

‘Jaded’ is my favourite song on this record. The fast paced guitars and drums really work to its advantage. The songs on this record alternate between bittersweet and peppy love songs. ‘Jaded’ focuses on a relationship gone south, questioning why it didn’t work and wishing that they could be enough for them. ‘And I wish I could be everything you need’. Perhaps the most pertinent thing about this album is that it’s relatable. Almost everyone has a story of heartache, someone that they loved more than life itself and unfortunately, it just wasn’t enough.

From ‘Better’ onwards, the latter half of this album really focuses on the ‘loathing’ part of the album. It’s also a more confident sound, the more cheerful and peppy songs—though catchy and balanced between pop and soft punk, felt a little teenagery. The lyricism on these songs definitely feels a tad more mature. However, catchiness of songs aside, the themes do become a little well worn. With almost all of these songs focusing on the idea of not wanting to be worthless, or wanting to be worth something—the way of expressing that becomes a little repetitive and as a cohesive album, it falls a little short of the mark.

After a couple of acoustic tracks (‘Bruise’) and (‘Paquerette’) we swing back to the very bass driven ‘Icarus.’ Very reminiscent of Paramore’s ‘Ain’t It Fun’, actually uncannily so. During the chorus they go for a much louder and definitely more aggressive sound, and it doesn’t work. No other song on this album sounds anything like this, and it ruins the mood of the record, and it just ends up sticking out like a sore thumb.

Moving onto ‘Dopamine’ and I have to be a little nit-picky here. ‘Icarus’ was a spiteful, spitting song where they wished for the person in question to, ‘break their neck’. So this complete 180 degree singing about how someone is their ‘dopamine’ and is really their better half comes out of nowhere, and after the pure wrath of ‘Icarus’, this just doesn’t seem as though the album makes any progress with themes.

I liked this album, I really did. But this is my biggest problem. I heard far too many influences, and whilst that in of itself is not a problem, arguably originality is dead. The problem stems from the fact that the whole time I listened to this album, I just heard State Champs. I really feel that With Confidence have created a pretty decent album, there’s catchy songs and some memorable hooks, but I think they still need to take some time and find their own sound.