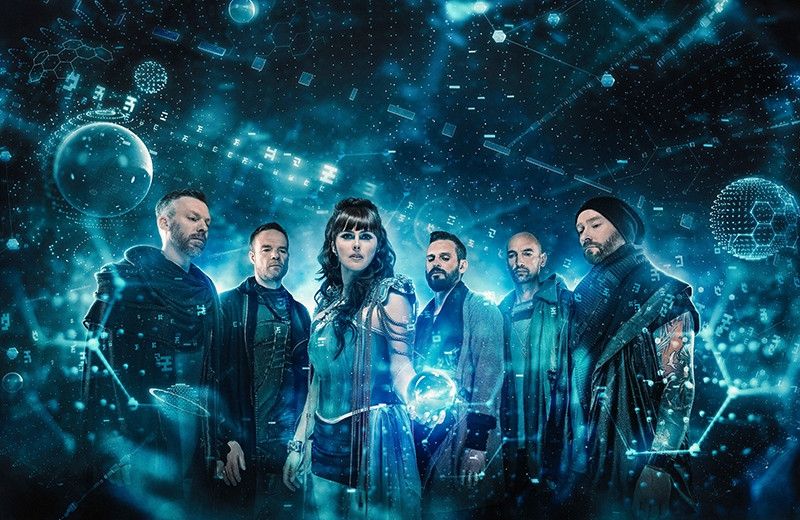 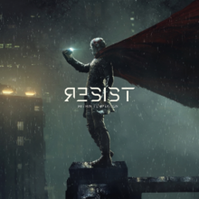 Prior to listening to this album, my only knowledge of Within Temptation was from a singular 'Vampire Diaries' episode that I watched when I was fourteen. It's a scene from the first season where Elena and Damon are at some ball and Stefan hasn't shown up so Damon has to be her dance partner; and even though she hates him, she finds herself having a good time. I remember listening to the song and thinking that it was beautiful. Unfortunately, I can't say the same thing about the band's newest release, 'Resist'.

The first thing that popped into my mind as I listened to the album's opening track was that it sounded like the theme song you hear at the beginning of Nintendo games. But on a serious note, the song starts with immediate screams and the instrumentals drip with operatic rock. It even has a bit of a folklore feel to it. The instruments all sound kind of chaotic and messy, and it didn't leave me with very high hopes for the rest of the album. The lyricism was honestly not the best I'd heard, but it sets up the theme for the album. A post apocalyptic wasteland, where it's every man for himself.

The lyricism on 'Endless War' was slightly better, but not by much. This song is a mix of electronica, piano and even a trumpet in the background, if I'm not horribly mistaken. Honestly, over half of this album doesn't make a lasting impression. It isn't until the last four songs or so that the album finally feels that it's found its feet, but by then, it's too little, too late.

'Raise Your Banner' follows hot on the heels of similar instrumentals that run throughout the entirety of this album. Though the songs, at least in terms of instrumentals, sound distinctive, that unfortunately, isn't enough to make them good. They all feel kind of samey and repetitive.

It's not until 'Holy Ground' that the album starts to feel like it has some form of shape to it. However, I don't hate this album, and there's definitely some interesting elements to it. The background piano on some of the songs is beautiful to listen to (if you can even pick it out amongst the cacophony of electronic mess), and the vocals are soaring and wonderful. The thing that I dislike the most about this album is that it's soulless. When a band with as much longevity as Within Temptation make music, I expect it to stand out. I expect them to know better. I expect them to blow me away, and this album barely leaves an impression. I expect them to be trendsetters, not sheep.

However, having said that, from 'Holy Ground' onwards, I found myself actually quite enjoying some of the songs. The ballads don't sound as overproduced and there's even some interesting instrumentals, but even then, the positives wear a little thin.

Overall, this album was chaotic in its choice of genre and theme and the songs seemed to serve no purpose other than just existing. I would say that Within Temptation have definitely missed the mark with this album.