ALBUM REVIEW: You Me At Six - VI 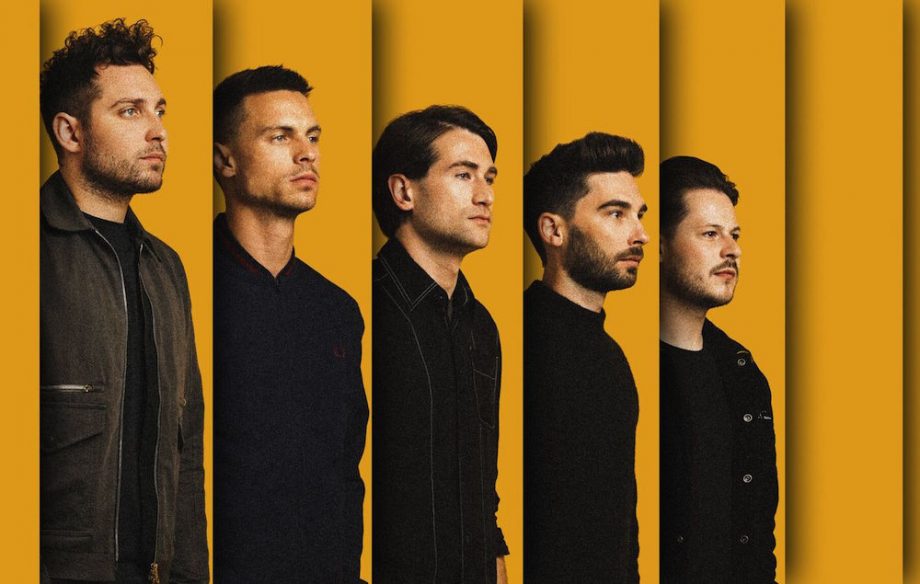 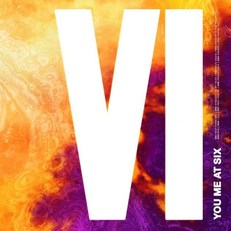 English rock band You Me At Six are back with their sixth studio album 'VI'. Whilst still being a popular album amongst fans, 'VI' has solidified the new influences which You Me At Six has worked with and showcases the growth and development in which the band had to undertake in order to create the album that they did. This ten track album is a rollercoaster, but is worth listening to for more reasons than just the hype.

'VI' opens with hard hitting instrumentals, followed by the unmistakable vocals of Josh Franceschi in the track "Fast Forward". This track is enticing, capturing the audience from the beginning- which is exactly what track one is supposed to do. In a short space of time, "Fast Forward" has managed to remind older fans that a new direction could be something favourable, and introduces new fans into the strange world of You Me At Six, where pop and rock influences can peacefully coexist to create something beautiful. "Fast Forward" offers only a small taste of what is to come within the band's sixth studio album, but sets the scene for the incredible album which follows.

At the fading of track one, fans are met with the softer, welcoming beat of the second track, "Straight To My Head". This track is rightfully inviting and serves the purpose of being the relatable song on the album. The already emotive lyrics are charged even further by the almost pleading vocals of Franceschi, accompanied by a comforting beat created by the rest of the band. Throughout this captivating song, the lyric "a screenshot of youth" seemed to resonate with me most. Was this lyric purposefully created in order to remind fans who are caught up in social media to enjoy life and their surroundings, or was it simply just another lyric created by the writers? Either way, the overall lyrical content intertwined with the subtle instrumentals created by You Me At Six make "Straight To My Head" one of the standout songs off 'VI'.

The winning formula of 'VI' continues into the retro vibes showcased in track three, "Back Again". The beat is packed with nostalgia and is supported by the signature vocals of You Me At Six. The upbeat and high noted choruses descend into the verses of the song with ease, making the transition smooth and natural. The elements on this track consisting of high notes and a catchy beat are the perfect recipe for a great song, and show that You Me At Six are truly 'Back Again'! If this track was released as a single, it may have not only climbed the alternative charts, but the mainstream charts too! "Back Again" is a song for everyone!

Proceeding to track four, we are met with the track with one of the more intriguing titles, "Miracle In The Mourning". This song slows the pace of the album down, however this is not a negative thing. The relaxed elements allow the band to truly showcase the power of their music when vocals and instruments combine. This chorus picks up and demonstrates the band's iconic ballad like features coming into full swing. Whilst "Miracle In The Mourning" may not be as strong or as lyrically deep as other tracks, something about the song leaves an impact within the listener. This track is also suspect to leaving the chorus on repeat within your head.  "Miracle In The Mourning" is yet another example of how You Me At Six successfully incorporates elements from a variety of genres to create a song which is unique, fresh and different.

In track five, the audience revisits one of the original singles off 'VI', "3 AM". It is evident to see why this particular song was selected as a single. In typical You Me At Six fashion, their catchy and vibrant instrumentals slightly distract from the deeper meanings and lyrical content, leaving it to be unravelled by the fans who really listen. Much like the rest of the album, "3 AM" is not a typical pop-rock song, and further solidifies the promising new direction the band is heading in.

The album slows down once again with track six, "I O U". The vocals on this track are slower and far softer than what is seen on the rest of the album. However, this new sound is welcomed with open arms and revives the album, making sure "VI" does not become too repetitive with similar guitar sounds and overly used notes. Personally, I found this track to be a personal favourite due to its calming nature, and the unexpected twists which follow the build-ups of each chorus. This song falsely advertises a climatic peak on multiple occasions, but was a wise decision on behalf of the band. By doing this, You Me At Six not only keep the listeners on their toes, but creates a break within the already jam packed album. The song comes to a conclusion with some stronger electric guitar riffs, satisfying the rock elements before moving on to track seven.

"Pray For Me" offers yet another insight into the vast array of You Me At Six's talents as it opens with a small form of remixed accapella. The smooth vocals of Franceschi capture the audience, and the beginning 'barely there' drumming by Dan Flint allow for the full attention of the audience to be directed toward the lyrical content of the verses. "What happens when the body's gone, does the soul live on?" It is apparent that this track was intended to be listened to, not just heard. The thought provoking tune is on the slower side of 'VI', but still manages to solidify its place within the album due to a variety of stronger elements found within "Pray For Me".

At track eight the audience is met with "Predictable", a recognisable crowd favourite. The opening is strong, with the somewhat effortless mumbles of Franceschi grabbing on to your attention and not letting go until the conclusion of the song.  The synced guitar and bass elements create a spine-chilling vibe, which is certainly showcased within the chorus. As the instrumentals climb, so too do the vocals which create yet another powerful ballad. The rollercoaster of sounds is ridden throughout the entirety of the song, but leaves the audience feeling anything but sick. The showcase of the band's strong working dynamic, paired with the extra You Me At Six touch greatly demonstrates the talent of the band, and makes "Predictable" anything but predictable. This track is a favourite off 'VI'.

Track nine, "Danger", picks up the pace from the previous tracks. From the initiation of the song, the beat is constant, outgoing and is one that is hard not to love. The poppy beat is accompanied by a diverse range of vocals which is the perfect mix for a carefree, funky dance track. Despite the cautionary name and meaningful lyrics, "Danger" is perhaps intended to be the fun track off 'VI'. The beat invites the audience to join along and forces the song to become one of the tracks that plays on repeat within your head. If "Danger" does not get your toes tapping, we don't know what song will!

The spectacular album is drawn to a close with the track "Losing You". This song is strong, yet soft. Lyrically it is deep, but it can still be depicted by those who are not major fans of the band. In my eyes "Losing You" was the perfect track to close 'VI'. It calmly concludes the album within the mind of the listener and leaves a beautiful feeling upon it finishing. Whilst I am not aware of the circumstances revolving around this story, I believe some of the lyrics could be directed towards the fans. "I can't stand losing you, after all that we've been through". This may be a small thank you and act of reassurance to the older fans for their constant support during the band's growth and development. They want to grow together, and hopefully the changes they have made does nothing to jeopardise their special connection. You Me At Six and their fans have experienced so much together and have grown together as people. "Losing You" highlights the important connection between You Me At Six and their fans.

The ten tracks on You Me At Six's sixth studio album 'VI' demonstrate how the growth of a band can often be favourable. With the support from their fans, You Me At Six were able to play with new sounds and influences in order to create an album that was true to themselves. Whilst 'VI' may not have a particular standout song or a song that hit the charts, it encompasses ten songs which truly capture the essence of You Me At Six. The tracks are emotive, catchy and showcase the talents of all members of the band. 'VI' once again proves that You Me At Six are incredibly ground-breaking in the way they can incorporate multiple elements from different genres into their sound, and demonstrate that pop-rock is not generic and boring, but exciting and fresh.

​
Feel free to tell us your favourite song off "VI" in the comments! If you have not already listened, make sure to stream the record in full below: