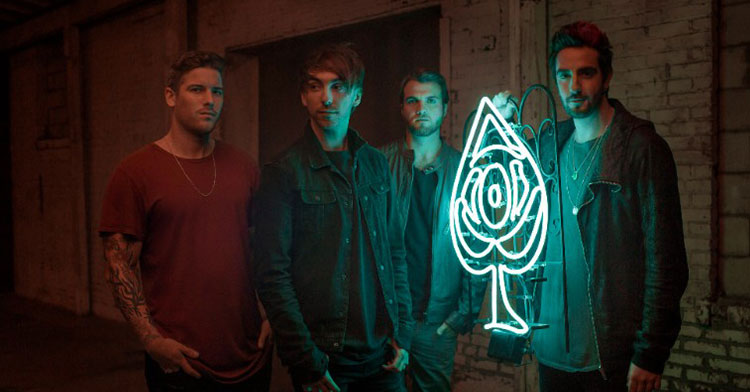 All Time Low released their highly anticipated new record 'Last Young Renegade' on Friday, June 2nd! On the road towards this release, the band has been doing a ton of press, and did not skip us in the process! We chatted with Alex Gaskarth and Jack Barakat and our conversation can be read about here.

In addition, they've also sat down with Popbuzz and discussed a great variety of topics, among which also artists they'd like to collab with from their new record label's roster Fueled By Ramen.

Jack Barakat said the following, revealing he would love to collab with Twenty One Pilots:
"Personally I think Twenty One (Pilots) because they have a different dynamic from what we do and I think together could be pretty cool."

Vocalist Alex Gaskarth revealed he would prefer to collab with 'his boy Brendon', from Panic! At The Disco!
"I gotta go with our boy Brendon. Brendon's my dude. But there's no wrong answer is there?"

Which one of the two collabs would you like more?
Vote for your preference below!