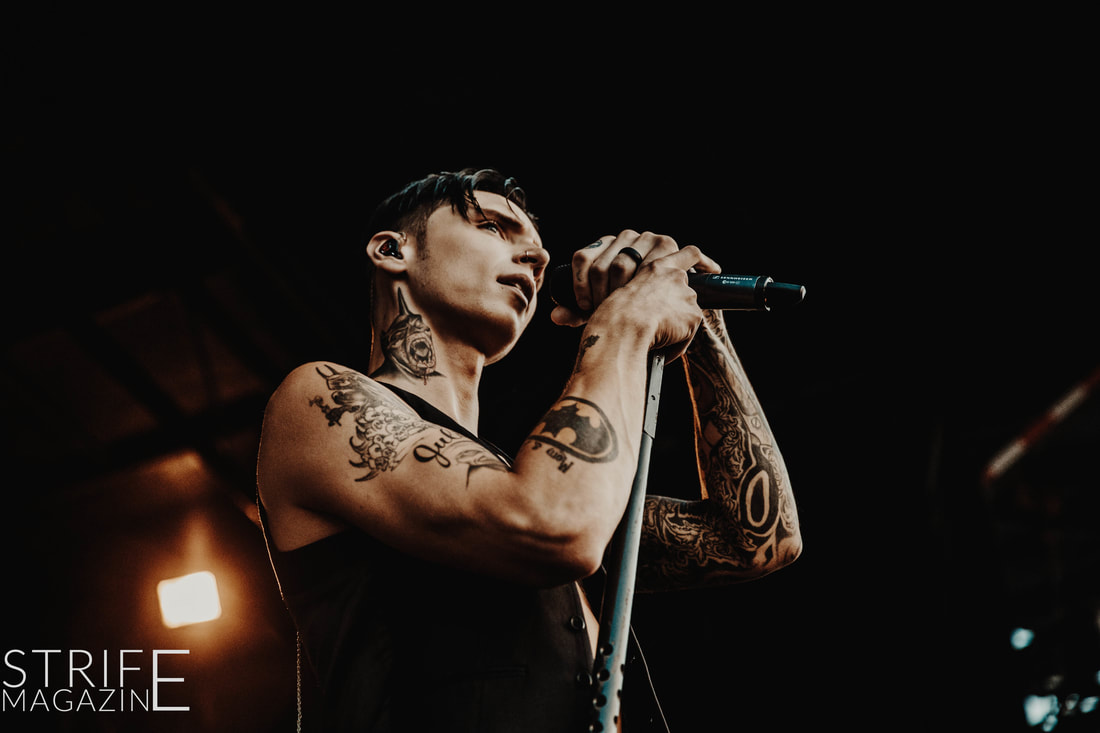 Biersack will start recording the second Andy Black record this Fall, which at this point is already in a few weeks. Biersack shared in a recent podcast with Rock Sound that the label reached out to him, sharing that they like what they saw on debut album "The Shadow Side" and that they are interested in a second Andy Black record. Biersack was happy to cave for that request!

For the sophomore record, Andy Biersack will once again join forces with producer John Feldmann, who's produced the debut album "The Shadow Side'. John Feldmann is also the producer for the upcoming Black Veil Brides record.

Below, you'll be able to find what Andy Biersack shared in the recent podcast with Rock Sound. The entire podcast can be listened to via Rock Sound right here.

“Feldy and I are starting on the new Andy Black record in the Fall – so literally in a matter of weeks at this point. It will be completed by the holidays.

“About four or five months ago, the label hit us up and said they were very interested in re-examining Andy Black for a second go round. They seemed to like what ‘The Shadow Side’ had done and they were happy with the critical success - or whatever you want to call it!"

"I’m really excited to get back in the studio and expand on this. One of the things about the first Andy Black record is that it was uncharted territory and I was trying to make something that, to me, felt representative of the emotions and ideas that I had and I think in a lot of ways that’s why the record had so many different flavours and tastes on it.

"Obviously we had a lot of different people come in and help us instrumentally too. It was just a fun time.