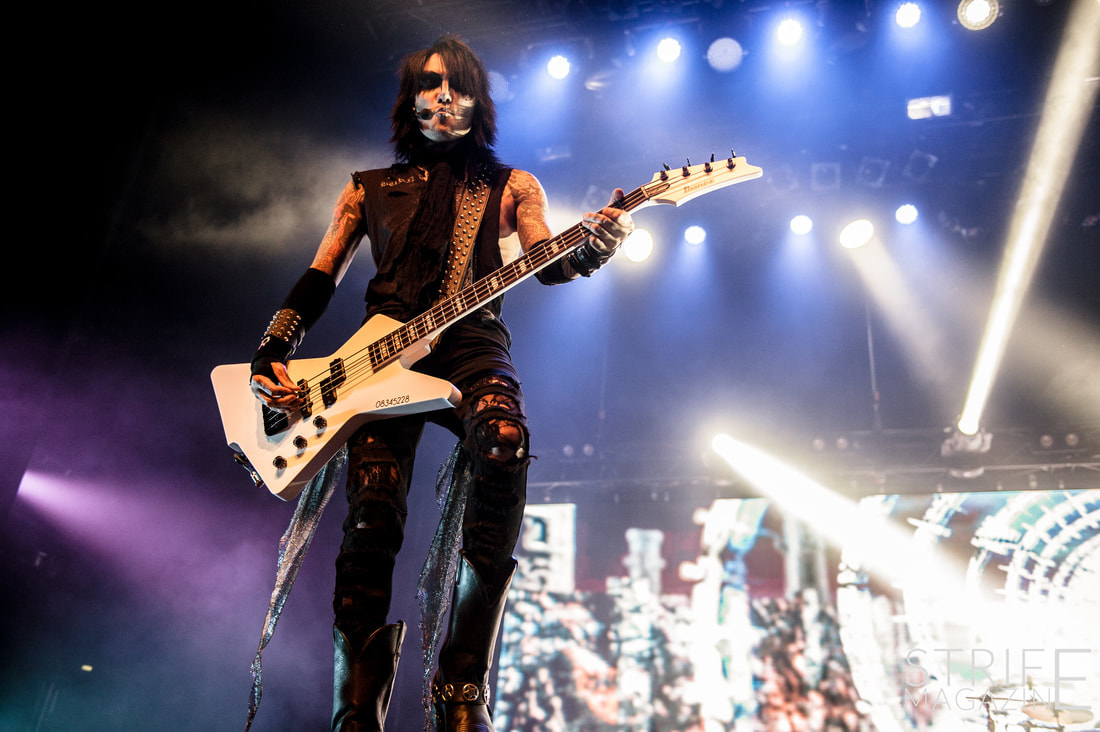 ​Ashley Purdy has commented on his statement in a podcast earlier this week that has sparked the discussion about the band's supposed break-up.

As Andy Biersack shared in a few interviews since, the band isn't breaking up.
Ashley Purdy has taken to Twitter now to explain the remarks he made, sharing that what he said was taken out of context.

Here's what Ashley Purdy shared in his statement on Twitter:

"Just for the record and clarification: And this is expressed in great humour..
I never once said, “the band is breaking up”, as news outlets used as their headline to click bait you basically into reading way more into a story than it actually was.
The miss information came from a podcast that I was going with a fellow musician and another industry colleague where we we’re just having a discussion about music and laughing and having a good time. It was basically a friendly discussion and less of an interview but when someone did ask what’s on the horizon for Black Veil Brides the honest answer is still the same. We have eight shows left on the Final Warped Tour ever, so again, yes, that’s the last time you’ll see us play there, and again, come see us now as this will be the last time. See the context.
We have one festival show out in October and that’s it, so yeah thats all thats on the calendar and that’s kind of how all of that got taken out of context.
Very few listened to the entire podcast in it’s entirety before that headline quote of the band breaking up got blown outta proportion, of course for something news worthy it played into the dramatic.
But honestly it was a lighthearted and fun discussion that one news outlet just writes Ashley says “the band is breaking up” and then so on and so forth everyone just takes that and runs with it again out of context from the entire discussion and not the literal words i’ve ever said.
Anyhow, Day 1 of Warped and we’re all excitedly looking forward to performing for you all. ‘See is there now cuz you won’t see us there again.’ Lol"

His entire statement can be read in the tweets below as well.