Bad Religion  Guitarist Calls Out Bring Me The Horizon, Says They "Suck As Humans" 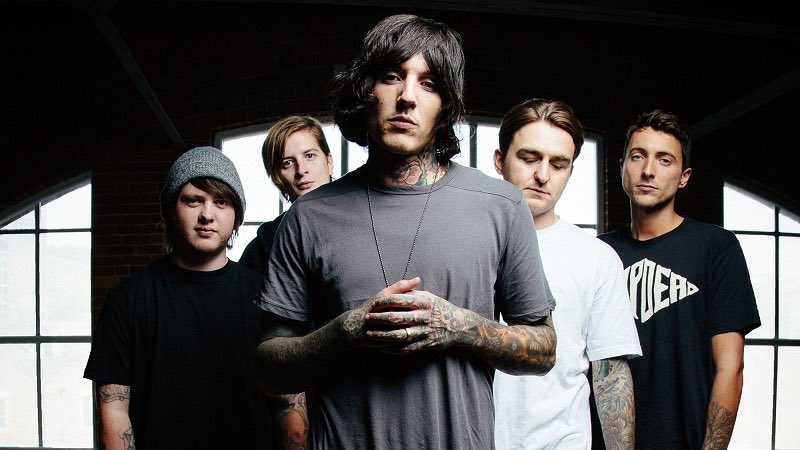 div class="paragraph" style="text-align:center;"> Last night, an Instagram post from Bad Religion guitarist Brian Baker was posted.
On this poster was a photo of Bring Me The Horizon displayed on a piece of paper.
Below the photo there was written:
"THESE PEOPLE ARE NOT TO BE STOPPED EVER
THEY MAY NOT HAVE A PASS
THEY CAN ESCORT WHO THEY WANT WHERE THEY WANT WITH OR WITHOUT A PASS"

It didn't take long before Bring Me The Horizon got wind of this post and both vocalist Oliver Sykes and Matt Nicholls felt the need to comment on his Instagram.
Here's what both of them wrote:

Oliver Sykes:“You should of I could of asked you why you’ve been going before Christ and you are playing under us you sorry old wrinkly bastard. P.s saw you a couple of times & you said nada. Willy Woofter”
Matt Nicholls:“haha I can’t imagine being as old as you are and still acting like a 14 year old girl. Saw you at least 10 times and you didn’t bat an eye lid” – – “You got bigger things to worry about nowadays anyway like ya pension, or cold weather” –– “Dickhead”
Oliver Sykes:“Yeah we are not your enemy, winter is your enemy”

It didn't take long either before Brian Baker saw the responses from the members of Bring Me The Horizon and closed the argument yet again the comments by saying the following:

“It seems you’ve missed the point entirely. The issue here is entitlement. My post was a comment on your collective delusion that working local crew at a thirty band festival should be required to memorise your faces to spare you the indignity of breaking stride on the way to your backstage oasis or even worse, the humiliation of carrying credentials.”
Barker closed by saying: “Your literal display of arrogance (and the hilariously unrecognized irony within it) was what I was sharing with my followers. I honestly don’t know if your music is bad or good – it’s not for old people! I meant that you suck as humans. Sorry for the confusion.”

Later on Oliver Sykes tweeted that his phone had broken and that he was sad over it, as he really wanted to argue with a 51 year old who still uses social media.