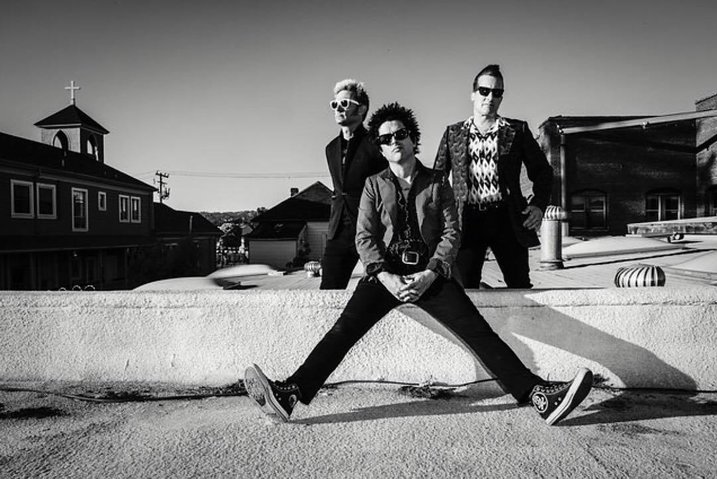 This weekend, a horrible accident happened at the Mad Cool Festival in Madrid, Spain.

An acrobat fell to his death minutes prior to Green Day's performance. Eventhough the gravity of this incident, Green Day performed as if nothing happened. This did not sit well with a lot of the fans, which resulted into Green Day getting some critisism for performing. Green Day's Billie Joe Armstrong released a lengthy statement on the band's Facebook page, in which he explains why Green Day performed as if nothing had happened.

Once again, we here at Strife Mag would like to extend our condoleances to Pedro's family and friends.
​
Billie Joe Armstrong's statement can be read below.

"Last night at the Mad Cool festival in Spain there was a horrific accident. An acrobat by the name of Pedro was killed during his performance before Green Day played our show. We are so sad for Pedro and his family and we pray for them in this time of grief. I can't imagine how much suffering the friends and family are going through. Many of you are wondering why we continued to play our show after the accident. Green Day did not hear about the accident until after our show was over. We didn't even know there was an acrobat performance at all. these festivals are huge. There are so many things happening at the same time it's impossible to keep up with every performer/artist.. We were in a back stage compound about a half mile away from the main festival stage. We were warming up ready to go at 11:25 pm. 15 minutes prior our tour management was told by local authorities to wait to go on stage because there was some sort of security issue. Security issues are a normal occurrence and procedure at any show.. we were NOT told why which is also normal. we waited as we were instructed. Still, We had no clue there was any such accident. We were given the ok. The band jumped into vans and drove to the main festival stage. This was to be the last show of our European tour and we were all so excited to play our hearts out one last time. We were on stage at around midnight and played around two and a half hours. Everything seemed normal. the crowd and fans had a good time. We got off stage and drove back to our artist compound. It was there when we were told the shocking news about Pedro. All of us were in disbelief. I don't know why the authorities chose not to tell us about the accident before our concert. All we know is what was said after our concert. This has never happened in the 30 years Green Day have been performing live. If we had known prior to our performance we most likely would not have played at all. We are not heartless people. The safety and well being at any of our concerts absolutely comes first. What happened to Pedro is unthinkable. Once again we are heartbroken for his friends and family.
We are also shocked and heartbroken for anyone that had to witness this tragedy.
sincerely
Billie Joe Armstrong"