Blink-182 & The Chainsmokers Are Releasing A Collaborative Song This Week 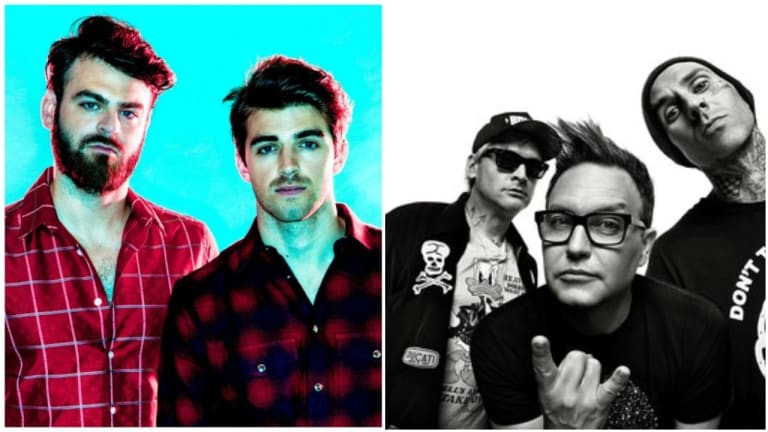 The Chainsmokers and Blink-182 revealed a long time ago that they jumped into the studio together to work on a song.

Last week, Blink-182 joined The Chainsmokers on stage to perform a yet unreleased track together and it turns out, this song will see its official release later this week.

The song is called 'P.S. I Hope You're Happy' and is indeed a collaboration between the EDM duo The Chainsmokers and Blink-182. The track will be part of this week's New Music Friday and will be released on the 6th of December.

Check out the announcement below and let us know if you are excited for the release.