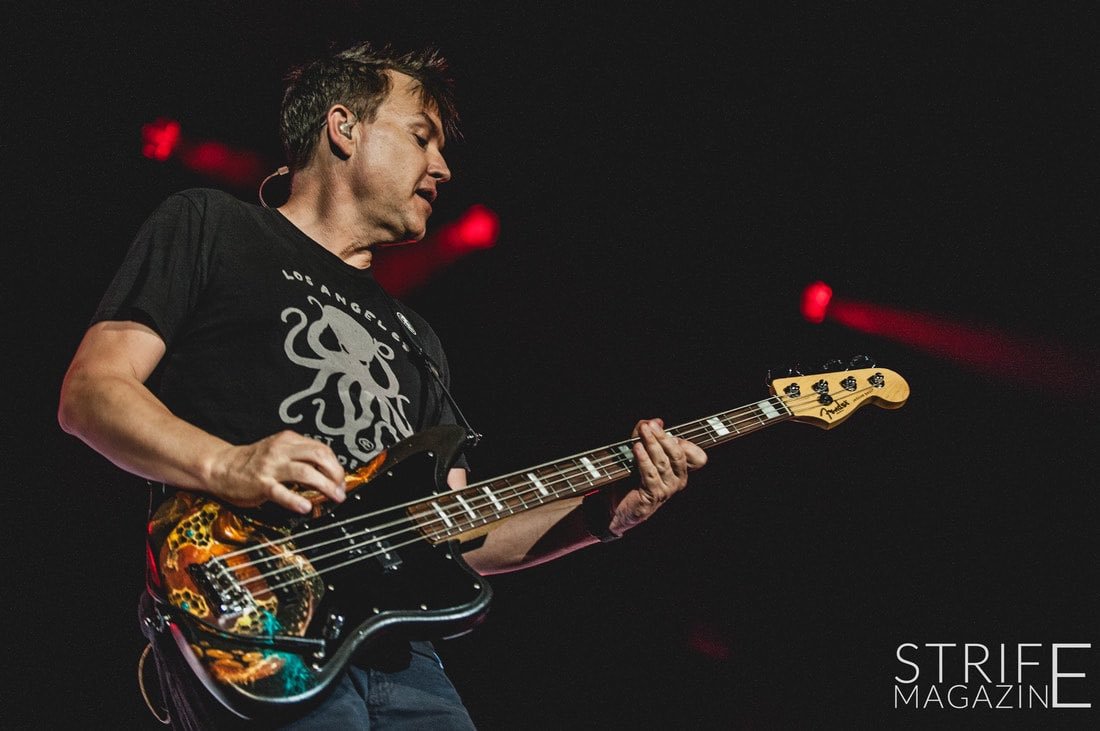 Since Mark Hoppus has been doing some interviews lately to promote his new band Simple Creatures with Alex Gaskarth, he shared a story on KROQ’s "Kevin and Bean Show" that has not been shared before.

Jensen Karp, one of the show’s hosts, explained that he met the both of them through Fall out Boy's Pete Wentz because Mark Hoppus, Pete Wentz and Jensen Karp wrote a kid's cartoon together.

Mark Hoppus had the following to say about it:

"It will never see the light of day but we worked on an idea for a children’s animated show that we pitched to Disney, we pitched to a bunch of different studios.

It was a great idea, great concept, great songs. We didn’t end up getting it because another fish show had been pitched right before."

The story was about a group of fish that were in an underwater punk/pop band singing catchy, eco-friendly tunes. The show had a sushi chef as well, aka the villain.

According to Variety, the show was called "Bronze Blue" and Pete Wentz played Shrimpy, a striped big-mouth bass bassist, Mark Hoppus played Tako, a guitarist octopus, and Jensen Karp would be the Sushi Chef.

Other artists, such as Ashlee Simpson and Pharell Williams, also played a few of the characters in the show.

How the story starts is Shrimpy’s old band falling apart due to mercury poisoning. He then posts a listing on Craigslist for a new band.

Jensen Karp and Mark Hoppus created a theme song as well, which you can listen to here.

What a shame we never get to see it!
Share your thoughts on social media.