Bullet For My Valentine Amaze Utrecht Crowd With Prodigious Performance 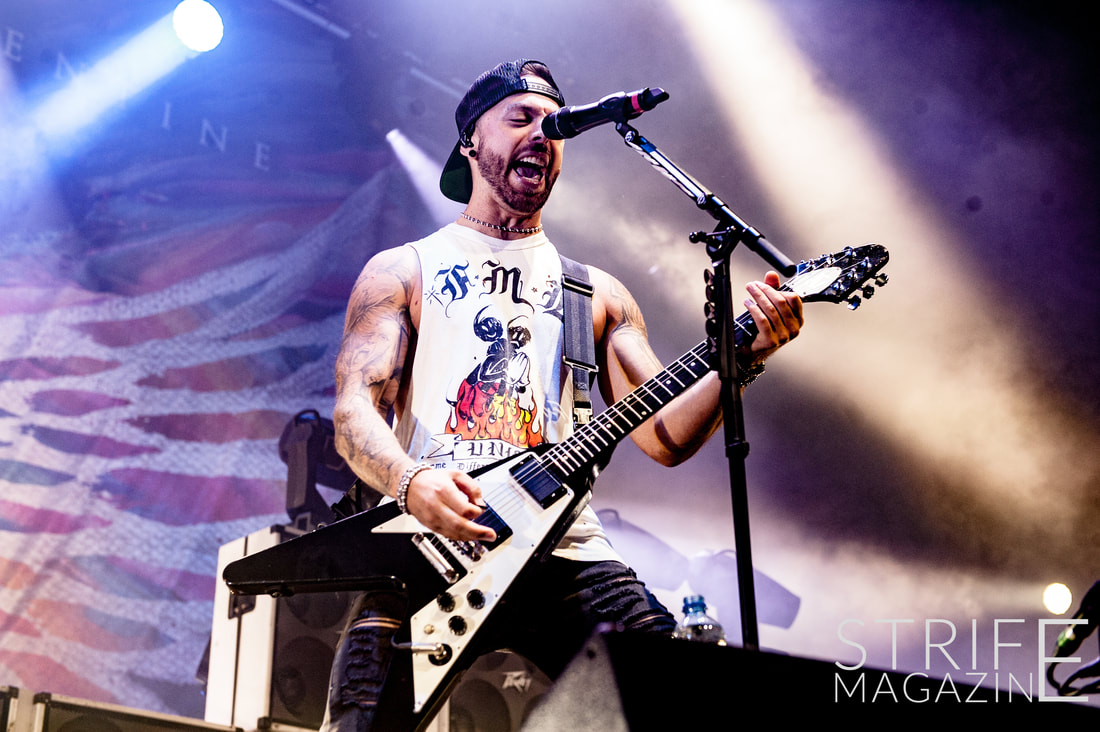 SHVPES, fronted by Griffin Dickinson, recently released a brand new track titled "Undertones". This along with the tracks from their debut album "Pain. Joy. Ecstasy. Despair", which released 2016, the band put on quite the show. These guys are hungry, energetic and ready to conquer the world with their sound that defies all notion of genre or boundary. Their music, as well as their liveset make one thing more apparent than anything else: SHVPES are stars in the making. Don't sleep on 'em! 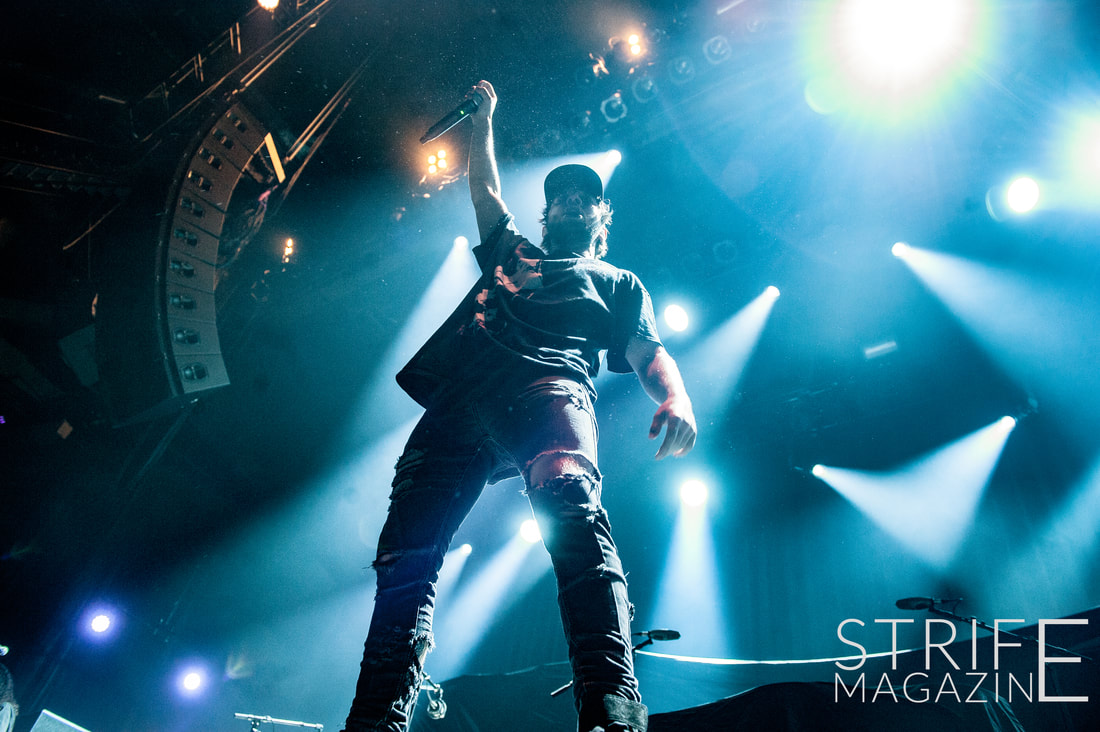 Next up were Asking Alexandria, who have been to The Netherlands early this year as part of their Resurrection Tour with Black Veil Brides. The band's performance back in January is completely diminished however in comparison to the one they gave this time around. Frontman Danny Worsnop was clearly feeling it a ton more this time, as last time he often mumbled and couldn't be bothered to get the higher notes. Worsnop anno June 4th was a delight in comparison, joking around with his band members, stellarly performing the vocals and giving an all-round entertaining performance alongside the rest of the band. Guitarists Ben Bruce & Cameron Liddell and bassist Sam Bettley had their choreography down and moved synchronized alongside eachother, giving the band's performance that extra bit of aptitude. â€‹ 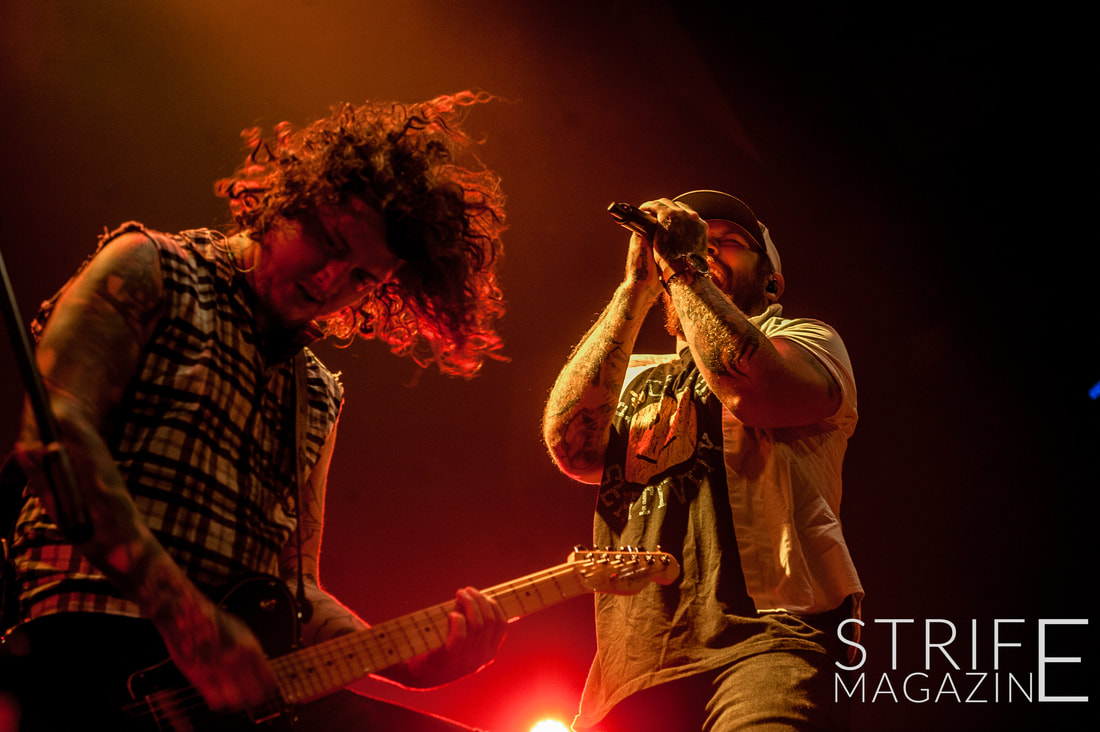 Bullet For My Valentine didn't come empty handed, as they had quite the stage set-up with them. A massive wall of stage lightning, spotlights, a massive "Gravity" banner, and even what appeared to be a custom made BFMV carpet graced the stage.

The band casually emerged onto the stage when the lights went out and played their hearts out for a good hour and a half and played fan favourites all across the band's impressive two-decade spanning discography. The band have been playing shows for so long now, the timing and craftsmanship they displayed was nothing short of sheer brilliance. While old favourites such as "Tears Don't Fall" and "Your Betrayal" were loudly enforced by the audience, also new tracks from the upcoming album "Gravity" got a loud and exceptional response. â€‹ 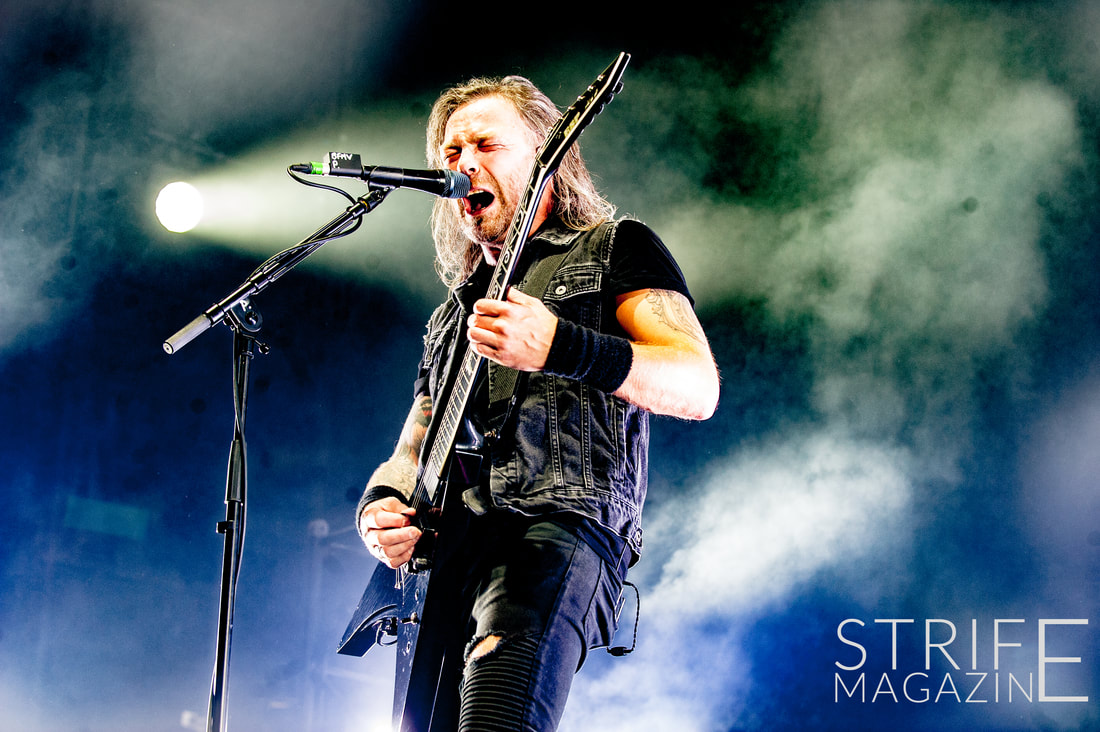 The band have shown a musically softer side of themselves, especially on the latest release "Letting You Go", but the Dutch BFMV fans are absolutely here for it. Bullet For My Valentine brought the full package tonight. From crowd interaction to exceptional execution of their tracks, all the way to a great liveshow and even a great drumsolo. Bullet For My Valentine's current trek through Europe is not one to be missed and if you'll get the opportunity to catch the band live either at a festival or a clubshow on their current visit, take it with both hands. You will not be disappointed.

We were so stoked to have witnessed this show, not only through our own eyes and ears, but also through Eva van Kuik her lens. She photographed all three bands on this amazing bill and you can check out the photos she took per band in the galleries below!

Bullet For My Valentine