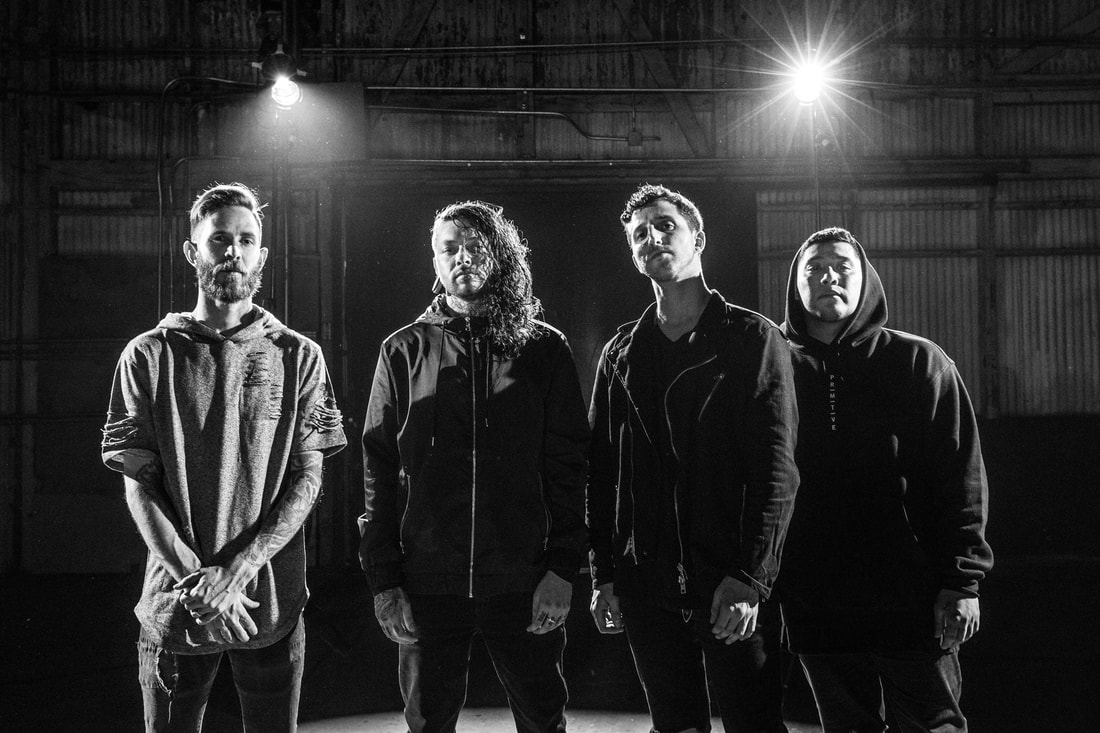 Chelsea Grin have unveiled the first single off of their upcoming record, which has also been revealed. The new track is titled "Dead Rose" and was released with a music video.

This track will be featured on the band's upcoming record "Eternal Nightmare", which will be released somewhere this summer.

Chelsea Grin have released a lengthy statement, here it is:
​"Shit-talkers, rejoice! There is a lot of news to be shared from the CG camp, much of it bittersweet. For some time now, our band has wandered through what felt like hell and back. Medical conditions, personal pressures, tour conflicts and more. It is not in our nature to let this get the best of us, so we always have and will carry on headstrong and determined.

"Alex Koehler has opted to part ways with the band following his recent time spent in rehab and the life changes he's made in newly found sobriety. We are all at a mutual understanding that the nomadic and trying nature of touring is much too volatile of an environment for a recovering alcoholic. He has made huge strides forward in shaping a new and positive lifestyle, and we will always do our part to support our friend and brother. We are still very close, of course, and it goes without saying that we wish him all the strength and willpower needed to continue his inspiring progress. We ask that all of you respectfully do the same for Alex.

"Furthermore, late last year Jacob Harmond parted ways with the band; you may have noticed via social media or on our most recent Never Say Die tour. Jacob recently had his second of two children, and has found his passion redirected toward family and personal goals. Again, his parting was carried out entirely amicably and with absolutely no hard feelings. As with Alex, we will forever support Jacob and his family, and will always remain close friends.

"Surely, this all comes as heavy news to our supporters and long time fans, but we want to confidently reassure that Chelsea Grin remains strong. During the recording process, we were faced with the challenge of pushing past obstacles to finish creating an album we were already so emotionally invested in. We had to weigh all options realistically, but abandoning our passion was never one. Our good friend and ally, Tom Barber, has stepped up to the plate to help us achieve a sound we had never imagined. His talent and drive allowed us a renewed energy, making the choice clear. Please provide Tom a warm welcome into the band, and saddle up for a darker, more aggressive sound than you've heard from us yet.

"At this point, we are done cycling faces through the band for both your sakes and ours; we will be carrying on live as a four-piece. After finding our strongest sound yet, we want to avoid confusion and a shift from the current creative focus, in addition to adding yet another face to a seemingly ever-changing lineup. We will absolutely be delivering the same crushing performance and presence as always.

"All of that being said, we present to you 'Dead Rose' the first single off of our upcoming album 'Eternal Nightmare'. Welcome to a new era of Chelsea Grin.".

Check out the music video for the new track below and share your thoughts!