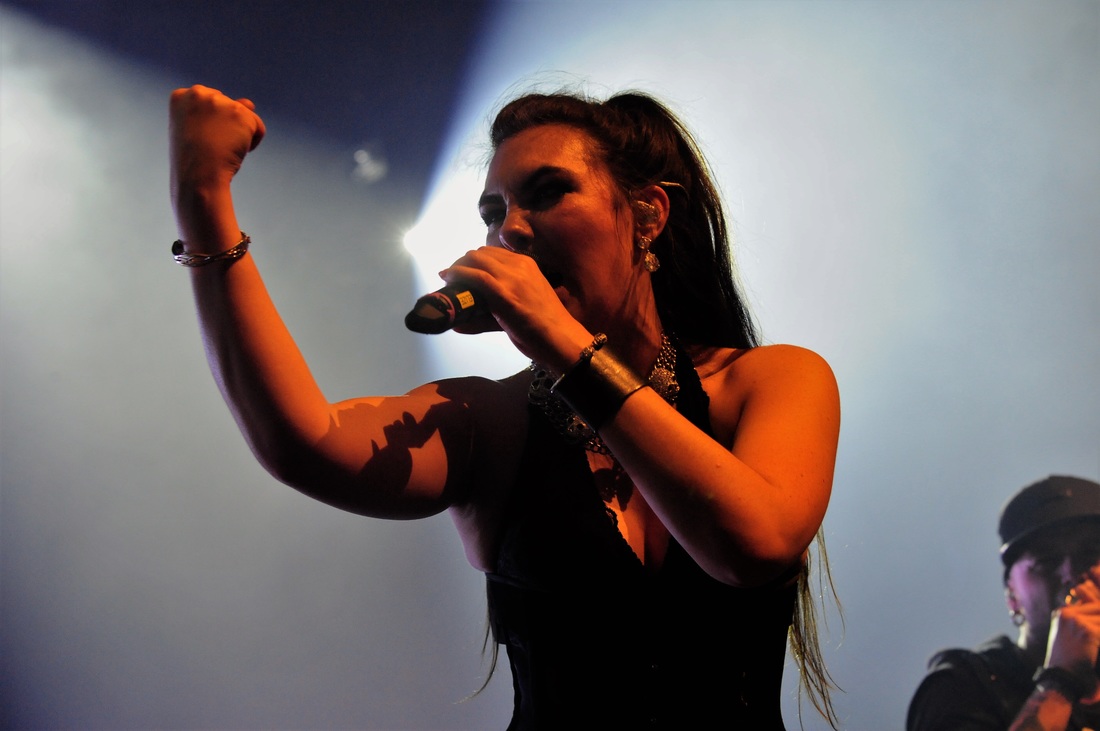 Amaranthe kicked off their European tour in Germany. For their second night, they played a show to approximately 400-500 people in the beautiful venue Doornroosje in Nijmegen, The Netherlands.
As support act, Swedish hardrockband Sonic Syndicate is tagging along on this European run. Sonic Syndicate aswell as Amaranthe recently released a new album, marking the beginning of a new era for both bands also meaning we get to hear a lot of brand new tracks this evening! 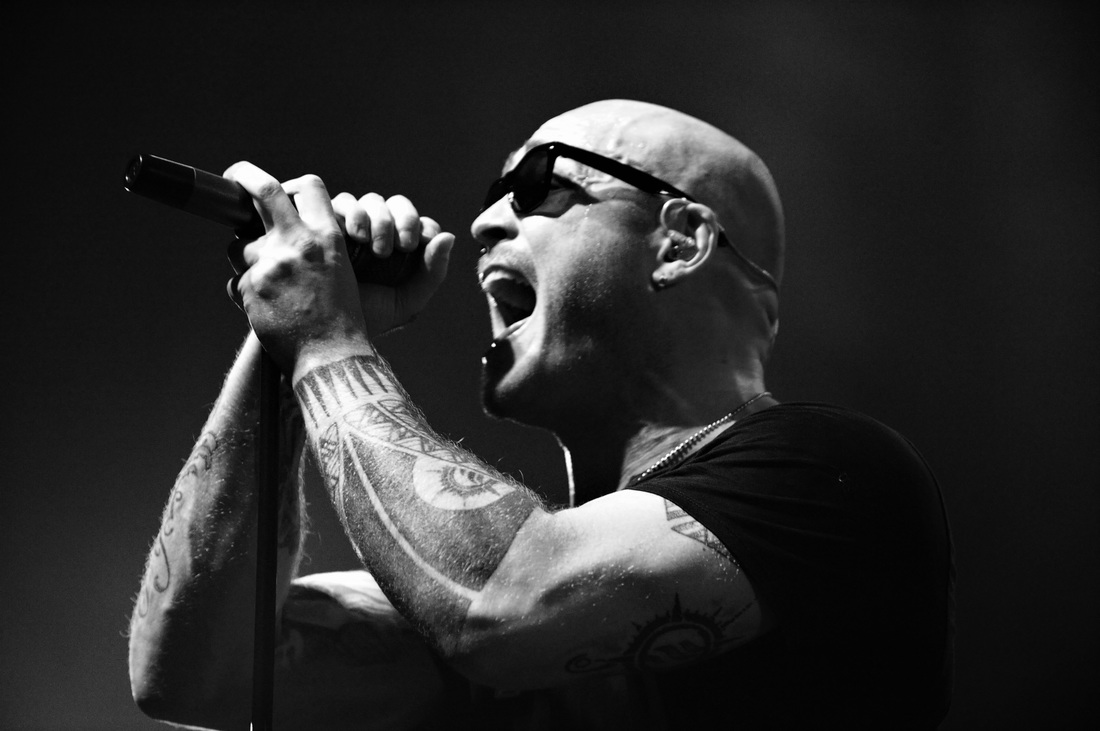 Sonic Syndicate came on stage with an immense amount of energy. A charismatic frontman immediately started working the audience, demanding us to jump, scream and move 'the fuck around'. Their tracks can be described best as hardrock with emotional lyrics, something the frontman knew how to get across to the audience pretty well. Their setlist consisted of 45-minutes of their own tracks, ranging from slower ballads, to powerhouse uptempo metal tracks. The band from Sweden works incredibly hard on stage to keep the crowd alive, eventhough almost everyone clearly was not familiar with their music.
I like to think that the band will leave the country knowing they've made a couple of new fans among the many attendees this evening! 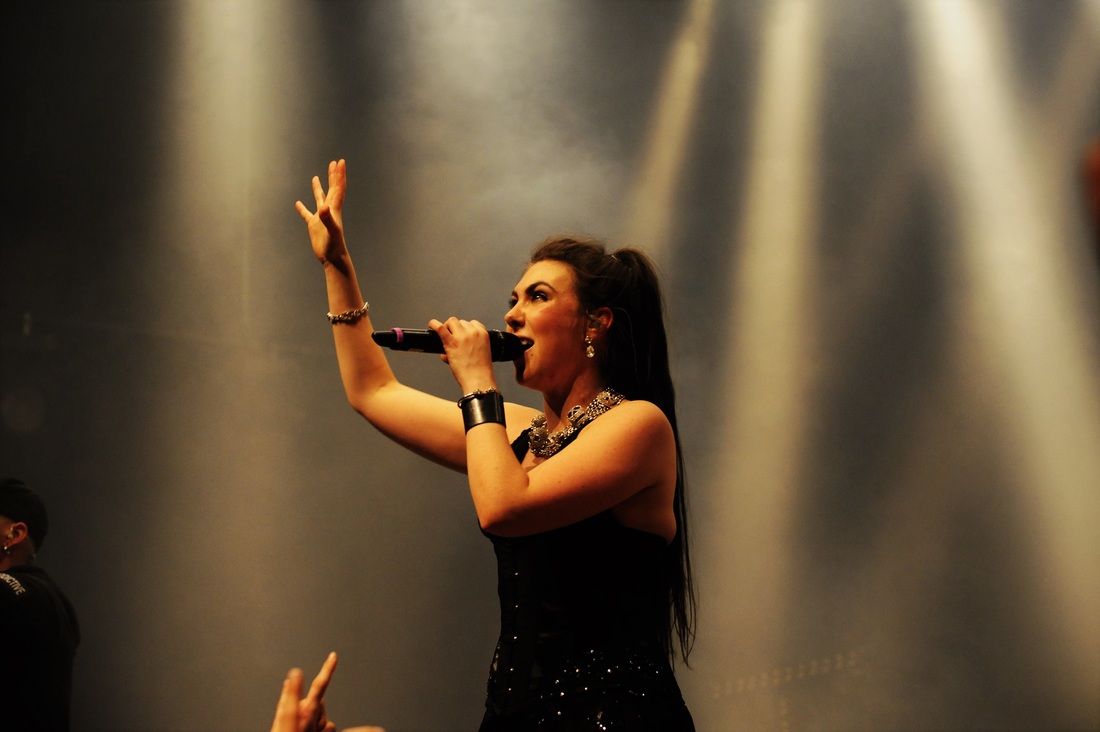 â€‹Prior to the release of their new album 'Maximalism', we had a chat with Amaranthe's frontwoman Elize Ryd about the record and this upcoming tour and therefore were already a bit up-to-date about the new tracks on the setlist.
Among others 'On The Rocks', 'Maximalize' and of course singles 'Fury' and 'That Song' were on the setlist, creating a hype surrounding the (almost) premiering of so many new songs on the setlist.

Amaranthe consists of 6 members, from which 3 are vocalists without any instrumental duties, giving the popmetal band a unique chance to take crowd entertainment to a next level.
Amaranthe seemingly had some issues getting in the vibe at the start of the concert, but after a few tracks, that feeling was long passed.
All the members had found their rythm and were clearly having a whole lot of fun on stage. The set was packed with powerful tracks from all of their albums, making sure there was something for everyone to enjoy. Fan favourites such as 'The Nexus' and 'Call Out My Name' from their earlier work were overwhelmingly embraced by a hyped audience and newcomers such as 'Boomerang' and 'On The Rocks' were welcomed with open arms and already sung along to on top of the fans' lungs. 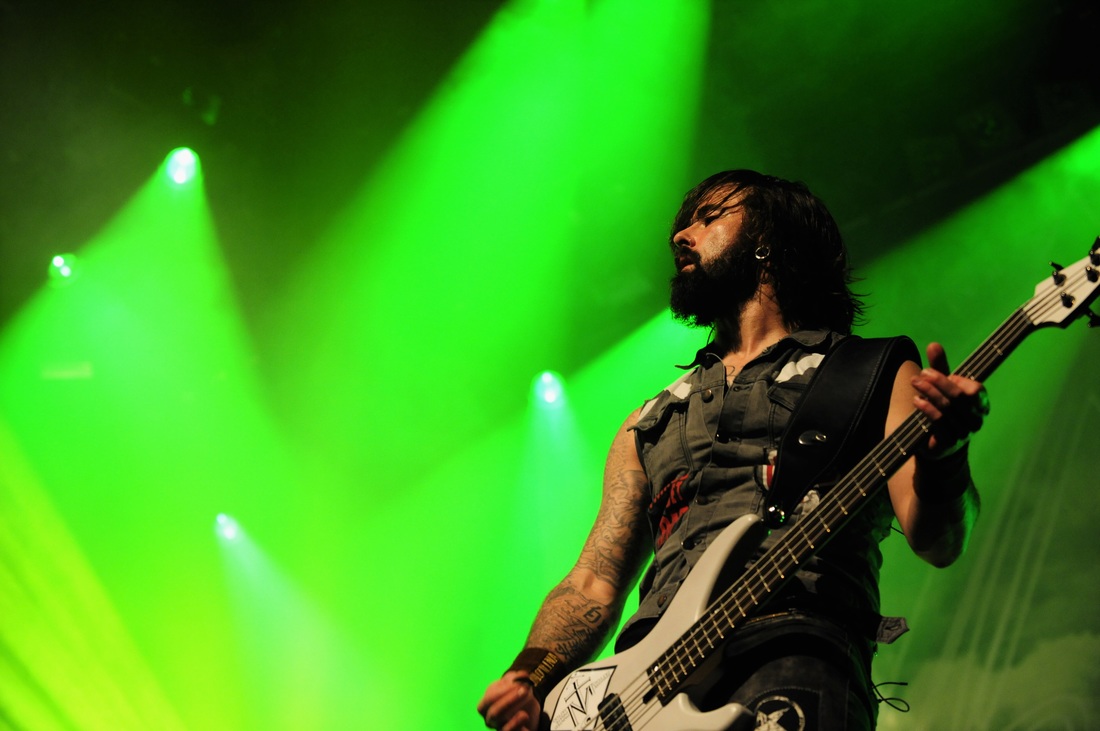 â€‹The amount of power Amaranthe packs into their songs with just three instrumental players is nothing short but incredible. Stunning guitar solo's aswell as killer riffs, a drummer who I'm pretty sure has 4 arms (the amount of drums this guy hits every second is off the charts) and supportive bassriffs to bring the music to life are all part of the Amaranthe experience. As mentioned before, Amaranthe knows three vocalists. One of them is female vocalist Elize Ryd, which takes the soaring vocal duties & most of the chorus vocal job upon herself aswell as the incredibly high-pitched vocals, which she nailed. All of them. The remaining two vocalists are two incredibly talented men: one screamer and one clean vocalist.

All of the members express great joy in their presence, connecting with the audience on a personal level. Sharing hand gestures with the fans, aswell as shaking their hands in between of songs or even in between of vocal switches, Amaranthe's set was highly entertaining.
Even if you went to the concert with no clue whatsoever about their tracks, you'd probably still walk out there feeling amazed and forfilled. Their chorusses are so incredibly catchy, making their sound very approachable even for the newbies.
All in all, Amaranthe's show is filled with multiple enjoyable aspects. Besides a tight execution of their catchy tracks, Amaranthe has a great lightshow to go with it, aswell as some synchronized headbanging, which is always entertaining to see. Elize Ryd's wardrobe change mid-set is also a minor point that gives the show just that little bit extra. This band works because of the effort every member puts in. 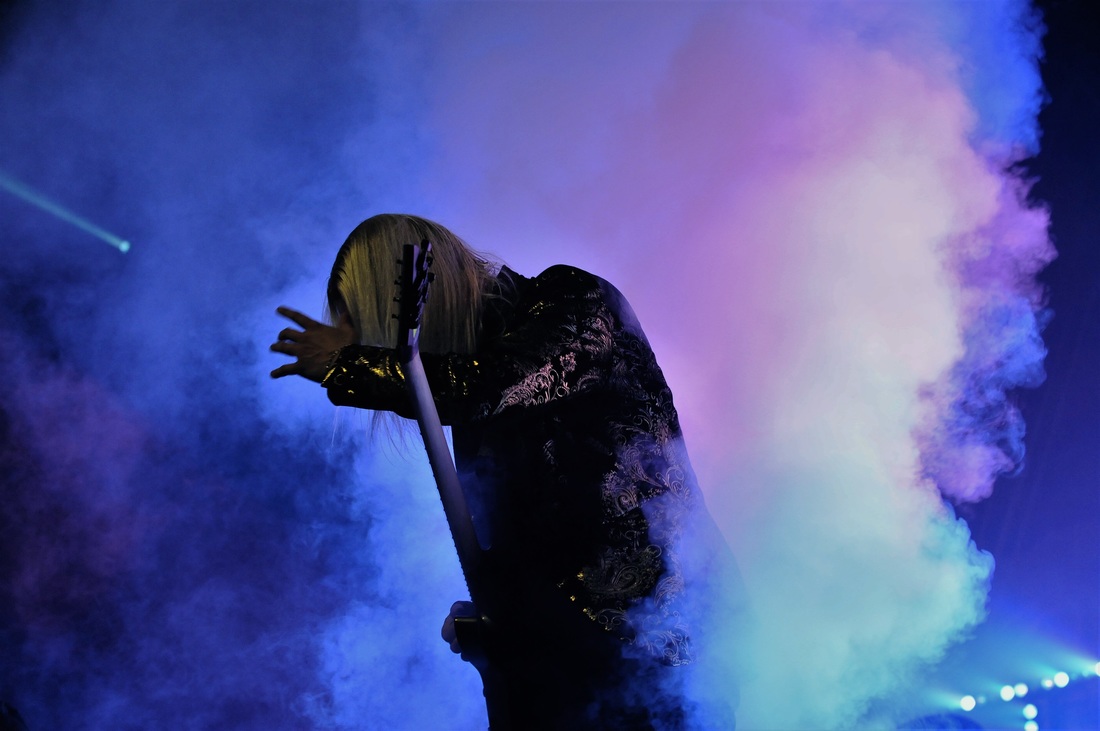 â€‹As the tour has just started, you might have the opportunity to catch this tour in a city nearby. Live music is always a chance you gotta take, but Amaranthe's show is definitely a must-see, atleast once. If you haven't heard their new album 'Maximalism' yet, I highly suggest you do that too. This band is going places so hop on the bandwagon now that it's still 'cool'!