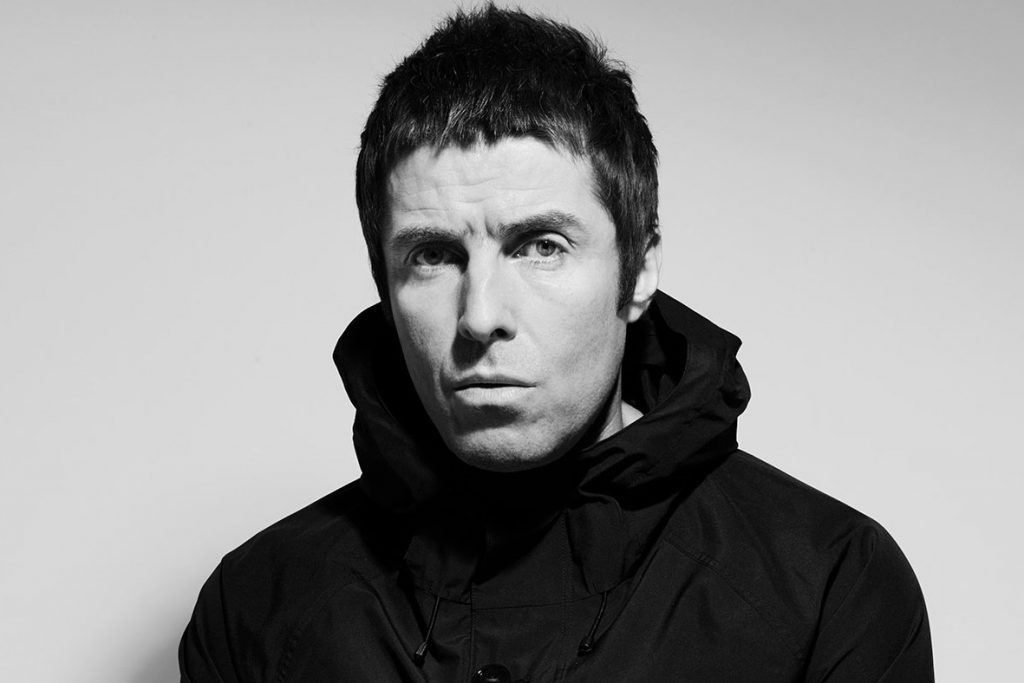 On Friday the 29th of June, Liam Gallagher triumphantly took to the stage at Finsbury Park in London to play his biggest solo show to date. Upon being announced in October it sold out within minutes, and I was amongst those lucky enough to grab additional tickets added a month before the event, which proved to be the stand out rock show of the summer, as months of anticipation had built up high expectations.

Despite the gruelling 6 hour bus journey which truly pushed my very hungover friend and I to our absolute limits, entering the festival revived us, with the overwhelming amount of Gallagher knockoffs in the crowds providing an immediate source of entertainment. The opening slots of the all day festival were played by bands such as The Sherlocks and Wolf Alice, with rapper Loyle Carner’s set making the line-up of music refreshingly diverse.

The nearly 2 hour long gap between Wolf Alice’s set and Liam’s entrance sparked various rumours, and when the Verve’s Richard Ashcroft suddenly emerged to play a surprise support set the crowd was ecstatic, with the acoustic rendition of “Bittersweet Symphony” leaving everybody in awe and creating an atmosphere of intense nostalgia for the glory days of 90's Britpop.

After blasting the Stone Roses’ classic “I am the Resurrection” over the speakers, Oasis’ “Fuckin in the bushes” began, and a live feed of Liam’s walk to the stage was projected to the screen for the duration of the song, raising a series of excited chants from the crowd. Opening with Oasis anthems “Rock ‘n’ Roll Star” and “Morning Glory” caused a celebratory reaction in the audience similar to the effect of pouring Mentos into a bottle of Coke, with smoke bombs and flares being lit everywhere. Flying cups of beer, wine, and god knows what else quickly became a symbol of the crowd’s enjoyment as they responded to their favourite songs.

Liam then played a series of fan favourites from his 2017 solo album “As You Were.” The heavier “Greedy Soul” and “Wall of Glass” contrasted the softer tunes of “Bold” and “For What It’s Worth” nicely, with the crowd responding just as excitedly as they did to the Oasis tracks, echoing the success of Liam’s comeback and the amazing reception to last year’s album. The gap between every single song became dominated by football chants from the crowd, which grew old very quickly for me at least, but nonetheless was the mark of a crowd having a good time.

The punk sounding “Bring it on down” from 1994’s “Definitely Maybe” was a gem of a song and has always been my personal favourite, with Liam only recently introducing it into his setlists. The powerful drums and heavy guitars met a roaring reception from the crowd and, in my opinion, proved it to be the perfect live song for a high energy gig such as this, and I felt truly lucky to have seen it.

Liam then transitioned into “Listen Up,” an Oasis B- side last played in 1996, which was yet another recent and unexpected addition to the setlist which fans have greatly appreciated, and it was followed by another “Definitely Maybe” classic “Slide Away,” an anthem found in most fan’s top 5 songs, and even claimed to be a favourite of Paul McCartney’s.
After solo song “I’ve All I Need,” Liam played Oasis track “Whatever,” yet another addition that left fans almost feeling like they’d attended a classic Oasis show.

For the encore, Liam came back on to play only Oasis songs, with “Supersonic” being the first of 6. As the opening drums looped, a drone rose from behind the stage, presumably to capture the response of the crowd as the song began, with flares being lit and drinks, shoes, and items of clothing being thrown in the air. The amount of flares being consistently held up made any kind of pyro from the stage unnecessary, with the power of the songs not needing any kind of special effects as the crowd always delivered.

Another favourite of mine, “Some Might Say,” left the crowd elated, and was touchingly dedicated to an ill girl. “Cigarettes and Alcohol” was met with the same energetic response seen in early performances, with the message still being especially poignant within today’s youth, and it certainly seemed to fit the mood of the festival.

“Live Forever” was played beautifully, with there seeming to be more people up on shoulders than actually standing in the crowd, and the moving guitar solo was greeted with cheers and waving arms as the screen displayed images of the audience.

The next song was a surprising choice that true fans were overjoyed to hear, with Liam playing 1994 acoustic Oasis B- side “D’yer Wanna Be a Spaceman?”, which was originally sung by brother Noel and seems to be the first time Liam has ever performed it, barring one aborted attempt at the famous 1996 Oasis concert at Maine Road in which he forgot the words. This addition made the concert truly special and left the audience proud to have witnessed it.

As expected, Liam closed the show with “Wonderwall,” with audience members immediately scrambling to sit and even stand on their friend’s shoulders as they sung, and the classic tune was a great bookend to a monumental night.

As a whole, the festival and all it’s acts were stellar, and Liam’s performance marks a height in his solo career, as the show was sold out to a capacity of approximately 45,000 people, making the concert resemble some of the biggest and most famous Oasis shows, with the setlist certainly reinforcing this as Liam brought back some rarer songs and made sure to play all of the classics. This made the show feel special, with the appearance of Richard Ashcroft seeming to foreshadow the surprises and highs of the evening. Liam’s solo songs were an invigorating alternative to Oasis and still got the crowd just as buzzed. Older fans relived their youth alongside younger fans who knew the songs just as well, providing the energy and mad attitude typical of the best Oasis concerts.