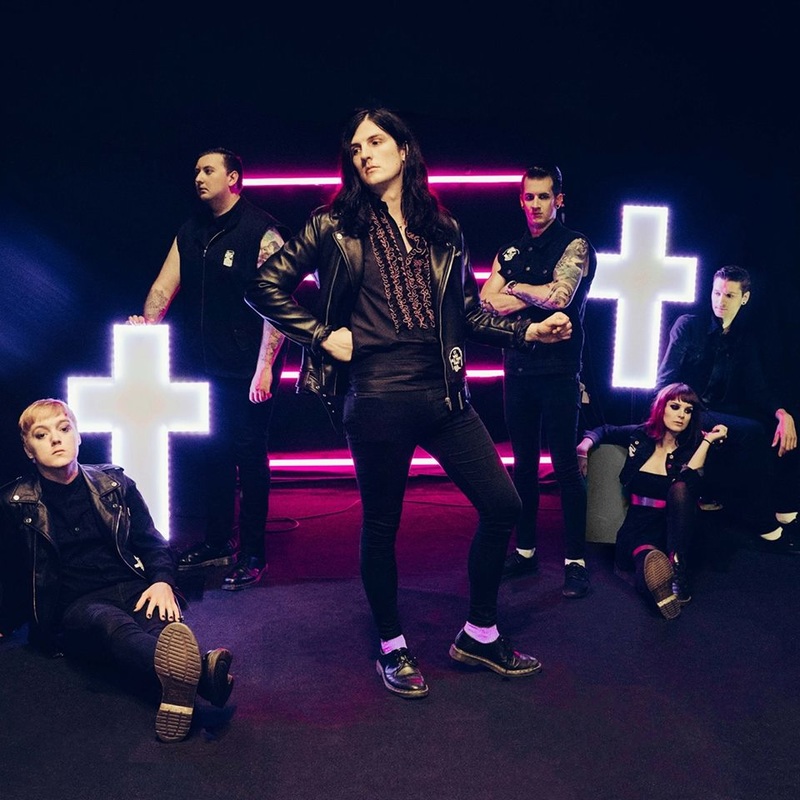 Creeper have announced dates for their next UK and EU headline tour.

"These shows are a significant moment in the history of Creeper; not only are they the first time you'll hear the new songs from ‘Eternity, In Your Arms’ live, but they are the biggest headline shows we've ever played. They will also be the first to have a full, ambitious production to equal the ambitious character of our debut record."

"Those who attended the previous landmark Creeper shows (Halloween in Southampton or The Underworld in Camden) will be familiar with the sort of immersive experience we aim for. Now, for the first time, we will be taking that type of full experience on the road with us to each venue, more elaborate than ever before."

As part of the announcement, they shared that they're also partnering their tour with a podcast (That's Not Metal Podcast​):

"Terry and Steve will be announcing our support bands one by one, week by week on That’s Not Metal starting from December 16th, as well as presenting a ton of exclusive tour-related content between now and the dates - so make sure you subscribe over at www.thatsnotmetal.net and don’t miss out!"

It sounds like an amazing experience ahead! Show dates are listed under the (awesome) poster images.