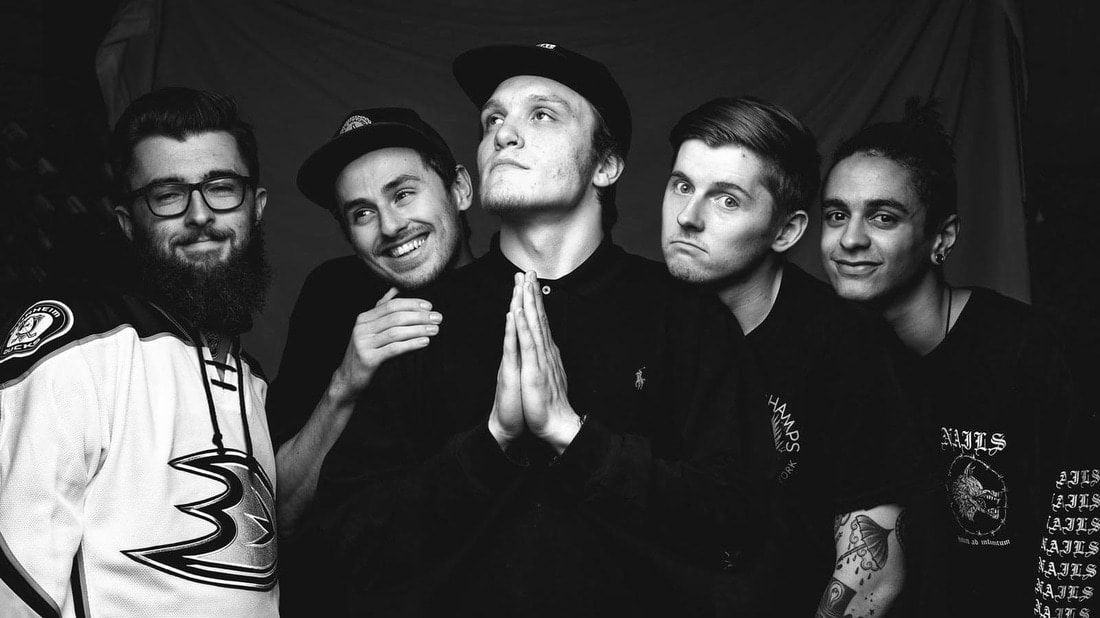 Neck Deep were in the lovely Amsterdam on the 17th of October and we got to enjoy their show again. Besides going to the show and making some pictures we got to have chat with Fil Thorpe-Evans and Matt West from the band.

We discussed a lot of things, among which ofcourse the album and working with Architects' Sam Carter.

You can read everything we discussed below. 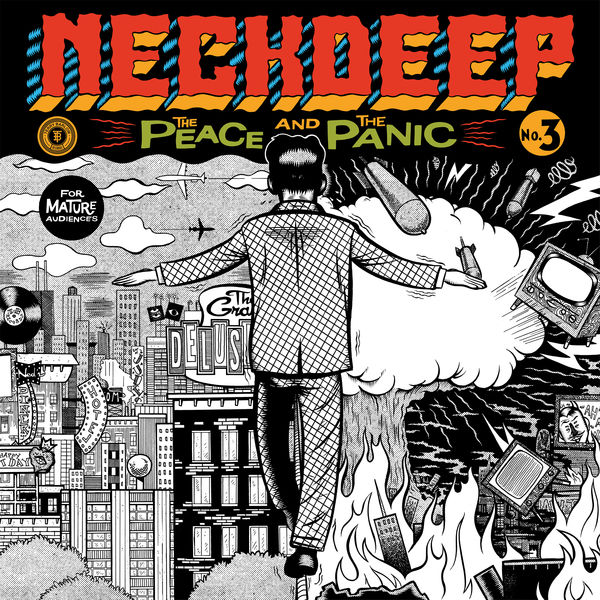 You guys signed to Hopeless and you're surround by a variety of bands. Is this also the reason you brought Blood Youth?
Actually no, this would probably be out of guilt. We stole 8 members of them, haha. We have known them for a long time and we’re friends with them. I was in it prior to Neck Deep and Sam was in Blood Youth as well and we've just stolen a lot of their people.

What is it like being on the road?
I like the diverse line-up, it is a good way to expose them to a different crowd.

How has the crowd responded to you with your new material and to Blood Youth's different sound?
It is tough to say just yet. No one is here to judge for being different, everyone is here for music and to have a good time, everyone seems to enjoy the new stuff and Blood Youth’s sound as well.

What are some of the biggest changes you witnessed in touring or recording since the beginning?
We definitely have more comfort now, nothing that different, just a nicer bus!

Concerts are getting more and more important. What do you do to keep your shows stand out?
We like to do as much as we can production wise. It is tough in Europe though, we can't bring that stuff with is, but in the UK we had a lot of cool stuff like confetti. We like to make our setlist interesting and add cool things as well, make it more like a show and really think about the flow of the set.

Rehearsing wise, is there more rehearsing to do with that flow?
Yeah a bit, certain things as well. It is not just the band anymore but there is a crew too.

For the people who have never seen you live, how would you explain what your show is like?
High energy, lots of sing alongs, crowd surfing, jumping, lot of fun, not boring, a lot of joking and messing around.

What are some of the most rewarding things a fan has told you?
Fans who explain our music has helped them through hard times and knowing that you helped someone through stuff is an amazing feeling.

What are the craziest gifts you’ve ever gotten?
So many snacks! Today we got stroopwafels, a very Dutch thing. Snacks are common, we still appreciate it though! Someone left their dog with us as Warped and someone let me play with their cat, those should be the craziest.

What was the moment that you felt “we made it”?
That is so hard because it keeps feeling that we are making it more and more. We do something wilde and we're like “how can we top this” and then a year later we do something even crazier like selling out huge shows like in Brixton.

How was it like working with Sam Carter?
Sam is a friend of us. We didn't work with him in the studio though, he wasn't with us in LA. He recorded ‘Don’t Wait’ and sent it to us, but it is so awesome that he did it. But we don't have cool studio stories, it came together through the internet and we played it with him at Reading and Leeds

Do you have any advice for bands who are just starting out?
A really big one is to just try and think about the overall product and make it as professional as possible. Too many people put it out too soon and people already made up their mind about it then before you can better the product.

Was there ever a moment that you wanted to release something but this kicked in and you thought “we shouldn't yet”?
We put a song on the internet, it blew up and we were like “oh this is a thing now and we have to tour and stuff now”. We waited a long time to play our first show though, to make people interested.