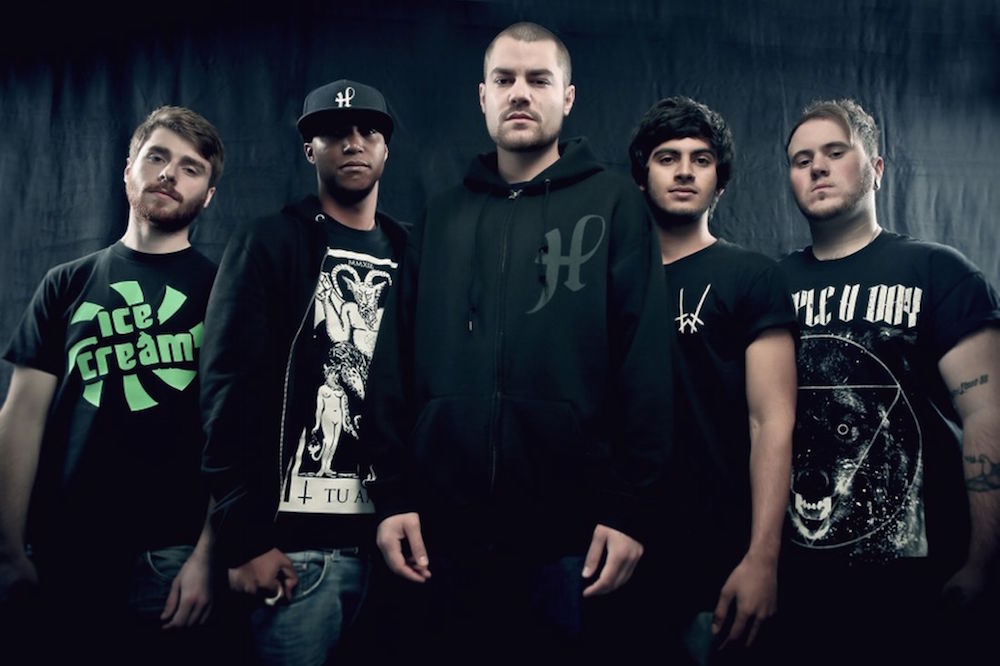 Following their release of album 'Outside The Box' in March, Hacktivist are back, with a 4-track EP, Over-Throne. So let's dive in and give it a spin.

Over-Throne, title track & first track, drops us into a whirlpool of guitar and electronics. The guitar intro is both heavy and fresh at the same time and the drumming is slick. The rap vocals curl in with the first verse and bass slithers in around it. It's engaging from the get-go.

"The throne will be overthrown!" calls out into the chorus and I don't even know how to put the guitar, drum & timing acrobatics that follow it into words. It works.

Over-Throne's bridge tears a hole in a metaphorical sky as the vocals morph from rap to calm statements, and it all just is. "We are the leaders now. We wear the crown."  Musically, here the acrobatics have been swapped for an anthemic and broad metal sound. This song kicks and the outro gives one last chance for guitar and drums to show off how well they work together.

Track 2 is an acoustic version of Taken (from 'Outside The Box'). It's a beautiful song relating to grief and support. The combination of rap vocals and acoustic guitar feels warm and humble. It's lyrically honest, speaking to the parts of us who have felt alone; "Bring them into your space when the world seems like it's colder."

Buszy is also a track from the 'Outside The Box' album, remixed. On 'Outside The Box', this track is heavy guitars from start to finish. On Over-Throne, it's a dance beat. Again it rocks and it works, regardless of the scream vocals on a dance track. I love the play on words, referring to the high on the tour bus and still buzzing at 6am; "I'm supposed to be saving my voice but i can't stop laughing".

The last track on Over-Throne is a cover of the Cypress Hill song (Rock) Superstar. Hacktivist covered the track for a RockSound commemorative CD. It's heavy musically and brings the grounded Hacktivist sound, loud and clear, in place of Cypress Hill's more nasal and light sound.

Hacktivist's Over-Throne EP is one hell of a collection of songs. With just four tracks, the EP shows just how versatile Hacktivist can be by way of sound. Whatever they choose to do, whether morphed metal, heartfelt acoustic, dance-infused celebrations or rap anthems; it just seems to work. Their passion for the message they're sharing is so strong that it couples easily with the music that comes with it.