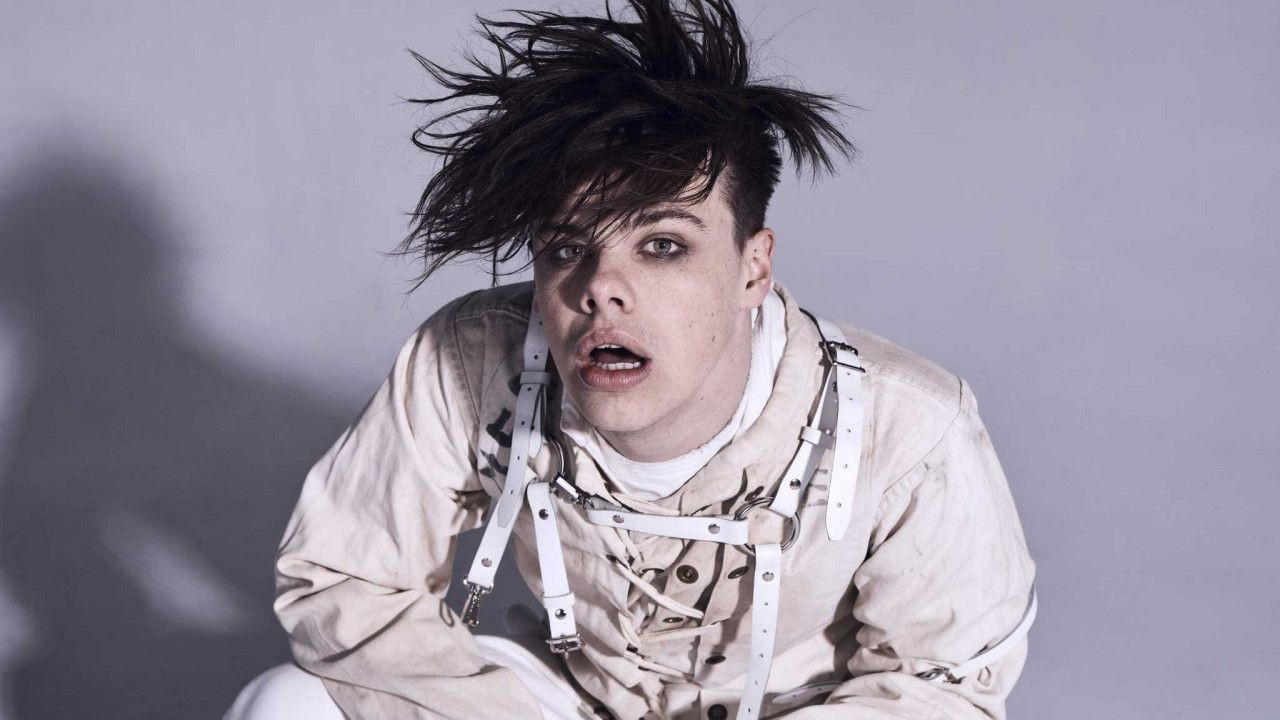 The future of music is proving to be more about the messages spread and the impact made, rather than the composition of songs themselves. In our modern day, music is one of our most powerful tools for connection; bringing people together from far and wide to connect, inspire, and make a change. There have been countless examples of music in the past, particularly the 90’s, creating a culture of change; a movement that has escaped most recent tracks. However, there is one artist that is bringing this all back, creating a revolution through every word he passionately states. Yungblud is quickly becoming an integral part of the alternative music scene and no matter how hard you try, you will see his name plastered everywhere. Since the dawn of his career in the form of singles, to the uprising fame brought upon by his debut album ‘21st Century Liability’, Yungblud speaks with passion, truth, and a lack of regard for the outdated stereotypes of the world today. His latest EP release, ‘The Underrated Youth’, has demonstrated yet again why Yungblud is one of the most powerful figures of music and makes certain that his voice will ring through as a catalyst for hope amongst this generation's underrated youth.

The EP initializes with the track ‘braindead!’. Before I begin speaking about this track, I suppose it is important to mention that this is my favourite track from the collection of songs within this EP. Perhaps this claim only strengthens what myself, and others, think about the song. Upon first listen, I was enticed. I had to restart it, replay it, listen to the words, then listen to the song. It was no mere casual listen but was an immersive listening experience from the first second of sound. Moreover, I feel this track offered something a little different in terms of the Yungblud vibe. In particular, the riff and chant-like verses alluded to musical styles dusted off from the depths of the new wave of punk music within the 1990s. Despite Yungblud obviously having a connection to this genre due to his powerful morals and outspoken nature, the musical influence has never been so prevalent. Through the inclusion of such sounds, he has ultimately created a track that feels new but continues to hold the same aspects of his musical identity within the lyrics. No matter the underlying instrumentals and beats, Yungblud can mould his own personal voice into anything, making anything and everything seem like he is the only person to have ever used it. To start off the EP, this track is an exemplar. Whilst this may not have been his intention, ‘braindead!’ communicated the high standard in which the rest of the EP had to meet. Luckily enough, it only gets better.

For the second track, we are reintroduced to the incredible, previously released single, ‘parents’. Upon its release, this song sparked a movement, leading to a flame that is yet to be put out. For me, this track encapsulates why we are titled as the ‘underrated youth’, as well as providing a reason to fight. Full of opinions that some may call ‘offensive’ or ‘controversial’, the most fitting of them to the cause are the lines; “My high hopes are getting low // Because these people are so old… It’s alright, we’ll survive // ‘cause parents ain't always right”. Within the short time, this song has been lingering around audiences, it has already become an anthem; an anthem of change, solidarity, and youth. Through ‘parents’, Yungblud has used his platform to stand by those growing alongside him. In a world where children are mocked for their ideas, ridiculed for their desire to change things and muted when trying to use their voice, he has offered the tallest of platforms, the loudest of microphones and the most undeniable support. Wrapped up in the form of a catchy song, these are words pleading for someone to listen, inspiring change in many of those who hear it. The impact that this track has already had is unquestionable, and I believe it will still be used as an anthem of change in the future. Tracks such as ‘parents’ prove that Yungblud not only has a voice but a voice that strives for change and unification within an undynamic and conflicting world.

Following this is a track in the form of an exciting collaboration! Paired with the vocals of Imagine Dragons frontman Dan Renyolds, ‘original me’ is an ode to self-awareness. Travelling through the lyrics, we as an audience so too travel along a journey of insecurity, self-doubt, but most importantly, self-knowledge. “I’m self-critical, a tryhard original”. Although such a song would generally invoke feelings of pity and empathy, this track fails to do so. Instead, it becomes a sign of hope and solidarity. It reminds the audience that no single person is struggling alone- a notion that is only heightened by the fact it is a collaborative track. Apart from the thought-provoking lyrics, this song also grabs the listener's attention through the jarring juxtaposition of voices. I feel as though the best way to explain the stark contrast between Dom and Dan’s voices would be smooth versus rugged. Individually, their voices are two very different styles, and together they remain to be different. However, when put together in a track like ‘original me’, they complement one another- creating a perfect balance. ‘original me’ proves that collaborations can always offer something new and in the cases of this track, can help signify solidarity and unification.

Track four appears as ‘casual sabotage’. Already, this track has been one of the most talked-about songs from ‘The Underrated Youth’ EP. Far more mellow than the other tracks, this song tones down the EP for the first time. There is something quite special about Yungblud and the way he can manipulate his voice. There is real sincerity within the ‘sad songs’, and as a listener, you genuinely feel what the song is describing. On multiple Yungblud tracks, I have found myself feeling like I have just suffered a blow to the chest- emotionally, his raw and tender vocals hit you like a freight train. ‘casual sabotage’ is one of those tracks. To add to this, the creation of depth within tracks like this create a sense of personalization- something that was meant specifically for the person listening. If you have ever read any album reviews I have written, I generally analyse every lyric I love and attach my own meaning to it. I love this whole song, yet can not decipher what it means in text. Why is this? It’s because the song was made for each and every person. We can all interpret the situation at hand, connect it to ourselves, and find ourselves relating to the track at hand. The openness and vulnerability displayed have opened up a pathway of connection- one that creeps in on a personal level. I feel this song is as deep for the fans as it is for Yungblud, and shows why the trust in each other always seems to go both ways. ‘causal sabotage’ is a beautiful track that requires no fancy additives, relying on its depth, vulnerability and rawness to fuel a connection.

Up next is the title track, ‘hope for the underrated youth’. This track encapsulates everything previously mentioned; everything that makes a track undeniably Yungblud. It packs a punch of emotion, spreads a powerful message, questions what we once knew, aims to unite, and acts as an anthem for change. Within every line, there is a powerful message, but perhaps the most powerful of them comes from a line that is passionately asserted over and over again; “there’s hope for the underrated youth”. As a younger member of the upcoming leaders, change-makers and individuals of tomorrow, there is nothing quite as empowering to hear. Despite the lack of regard for what our generation has stood for and everything we continue to stand for, there are still individuals who will fight for us. As I previously mentioned, Yungblud is using his platform to empower those around him, holding up the people who have once held him. Yungblud has a connection to his fans like no other artist. You can see that within videos of live shows and the trust within interactions in the crowd, and better yet, you can see it in these songs. The connection that is held goes both ways, and together, ignite the desire to start a revolution; to spark change.

Concluding the EP is ‘waiting on the weekend’, yet another stripped back and vulnerable track. In accompaniment of an acoustic guitar and somewhat isolated vocals, this track provides one of the most vulnerable moments within Yungblud’s music to date. It was such an unexpected conclusion, differing to the expectations of many. In saying this, it is most certainly better than any listener could have imagined the final song. Despite the obvious rawness, the track is presented in such a stripped-back manner that it illuminates a part of the mind of Yungblud. We are called to listen to his mind and words only, adjusting our focus completely to what is important. This track lingers with you for quite some time and provides closure to the EP at hand. Satisfyingly, the EP is concluded, and as a listener, a feeling of hope is reached.

Through Yungblud’s latest EP, ‘Hope For The Underrated Youth’, the power of music is highlighted. Through just six tracks, Yungblud has inspired a movement. As a lister, we become united in thought and joined together by our ultimate collaborative goals. This release has also managed to demonstrate why Yungblud is such an essential figure within our scene. Not only does he create masterpieces, but he unites people together, advocates for change, uses his platform for good, and travels alongside his fans in the often difficult journey of life. Through the EP, not only is there hope for the future of music, but there is clearly ‘hope for the underrated youth’.

You can check out the EP below and let us know what you think!