Everything Defy With Of Mice & Men's Valentino Arteaga & Aaron Pauley 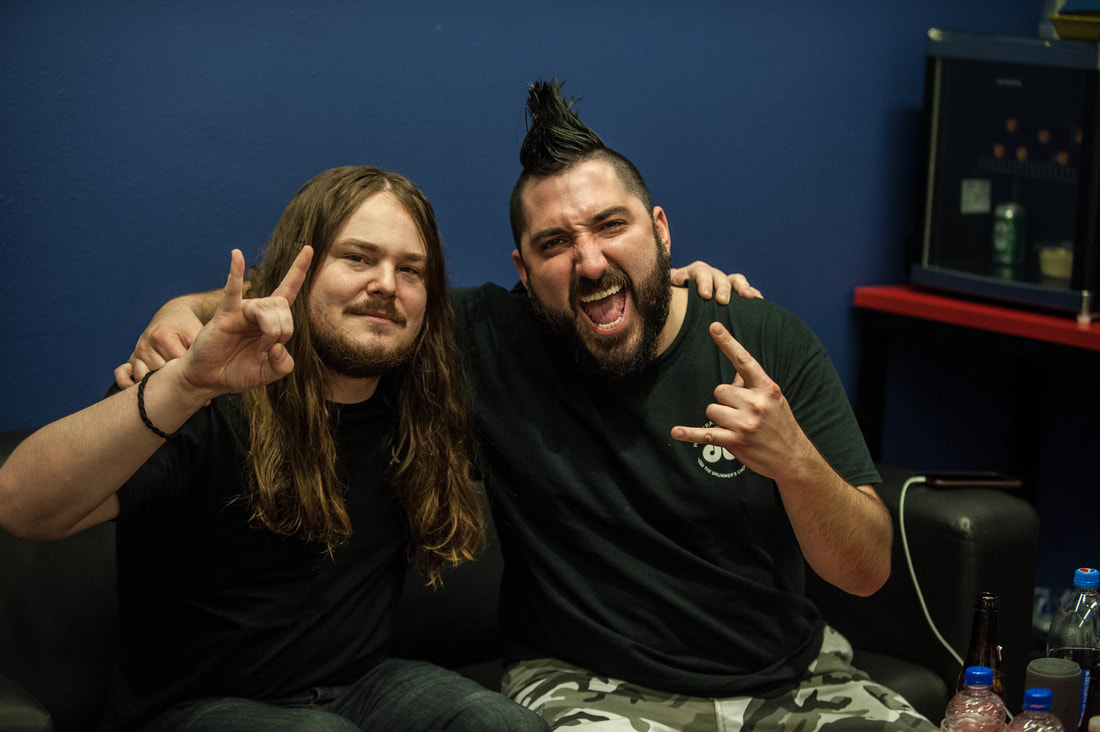 Of Mice & Men were on the road with Five Finger Death Punch and In Flames when they played a show in Amsterdam's massive AFAS Live. With the album "Defy" within reach, we discussed the upcoming record, the challenge of taking on all the vocals in Of Mice & Men and their massive tour through Europe with Wage War and Sylar. We had a very lengthy chat with frontman Aaron Pauley and drummer Valentino Arteaga. With the release of the new album "Defy" happening just a few weeks ago, and the tour with Wage War and Sylar on the horizon, we invite you behind-the-scenes of Of Mice & Men's first album without Austin Carlile and the road to the release.

We hope you enjoy reading about the conversation we had with Of Mice & Men as much as did having the chat with the two. Of Mice & Men truly are among the most kind artists we've spoken with so far! 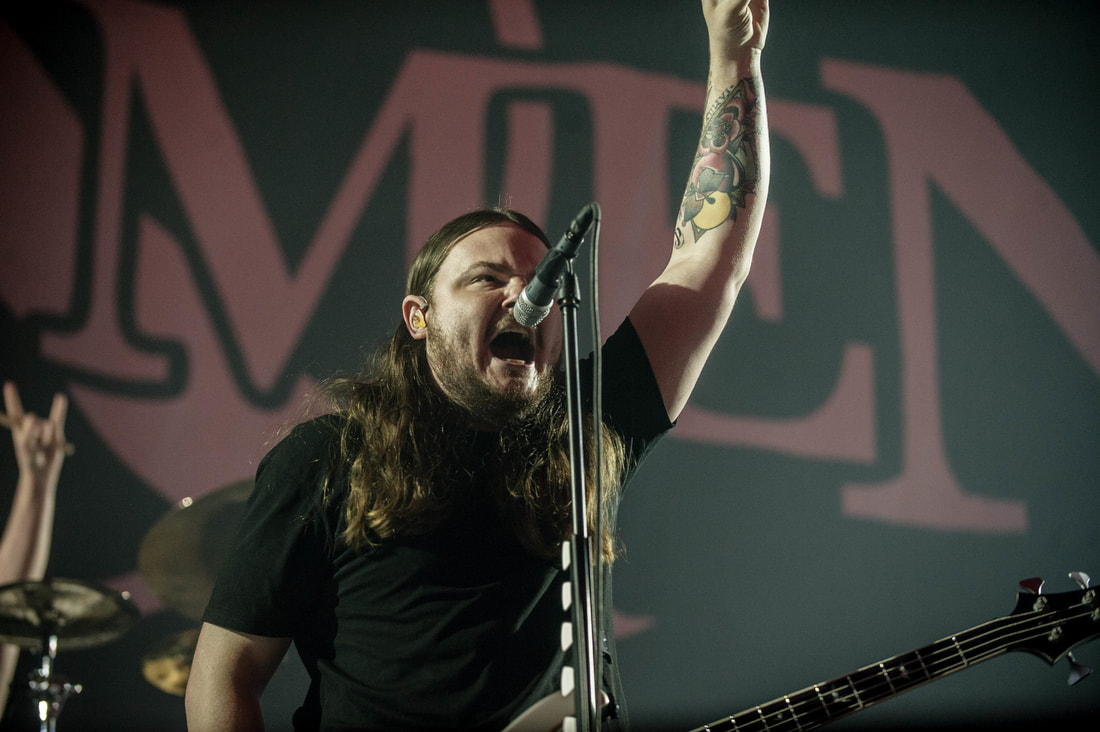 SM: First of all, how are you guys?
OM&M: Great, but tired! The tour is wining down so we have four shows after today. Today is day 91, we’re almost at a 100 days in a row on tour which is great! We feel privileged to be out here and we have so much fun with In Flames and Five Finger Death Punch and massive thanks to them for putting us in front of their fans every night.

SM: It’s been a while since you guys visited The Netherlands, how is it to be back?
OM&M: Good! Last time we were here was for Jera On Air and that was awesome! It is one of our favourite countries in the world. We feel really connected to the fans here, I looked out tonight and I saw two people on their phones in an arena full, only two people had their phones out. People don’t think we can see, but we always count the ones who are on their phone because their faces literally light up. You’re never gonna see this exact show again, so be involved! We understand why you wanna film the concert, we do it ourselves as well, but if you do that it ends up being about your phone instead of actually being there, experiencing the concert, the lights, the people, even the weird body odors and the beers getting thrown, the full experience.

SM: It was today that it has been announced that you are coming back with Sylar and Wage War (amazing tour), how did this happen?
OM&M: We wanted them so we picked them! Our agent sends out a message to other agents “Of Mice & Men is going on tour on these dates” and other agents can send in their bands and artists and from that list, we will look at who we’re most excited about and what our fans are most excited about, that is the criteria for us. Us with Sylar and Wage War seemed like the perfect bill and we are fans of their music too. We’re always listening to new bands and what our fans are listening to as well. We love all kinds of music so we’re never discriminating on anything so it is cool to see those younger bands who are just getting their start in the music world and we are old and we’ll say that with pride. So it is excited to see new bands bringing a new dynamic and bands like Wage War and Sylar, we are fans of them and their music and we want to bring bands that we like and we want our fans to listen to. 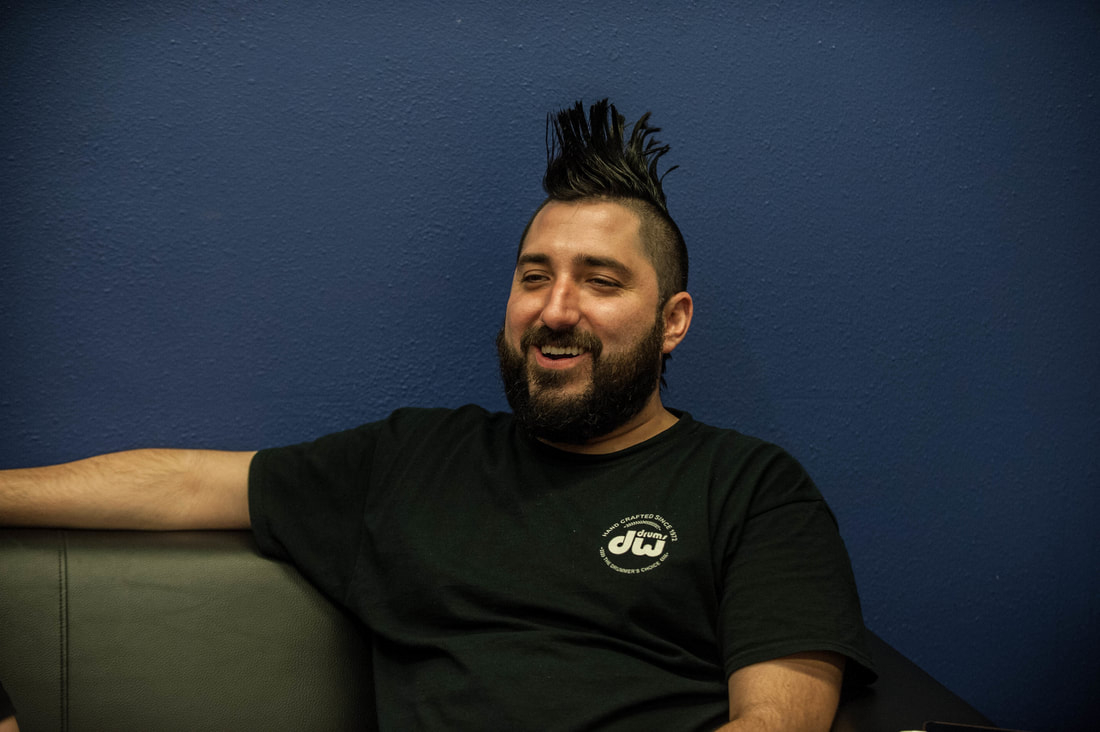 SM: How about working with John Feldmann?
OM&M: That was cool! He worked with Rise Records on a bunch of stuff and me being a punk fan has been greatly influenced by his work and it was very cool to get to work with him. I got to play on Travis Barker’s drum kit, that was definitely the highlight. He wanted to make us sound like Of Mice & Men and nobody else.

SM: You’re bringing back ‘YDG’ again, can you tell us a little bit more about that?
OM&M: ‘YDG’ is pronounced ‘yadig’ and it’s been a phrase which we used since the beginning and on this album we were looking at everything Of Mice & Men has put out and we were looking at what does Of Mice & Men need to do next for this album. We felt like we have so many fans all over the world that have ‘YDG’ in their name and they’re fans that have been with us since the beginning and maybe even more recent fans that get the ‘YDG’, it’s a mentality ‘Do you dig it?’. Ya dig or ya don’t, you’re down for it or you’re not. Our band is very much like that, we’re not gonna try and change to be the more popular or the cool thing. We make music that is honest for ourselves. That mentality needed to come back on this album. It’s a very positive statement. It’s for our fans and it’s for us, you can’t get anywhere if you’re gonna be negative. 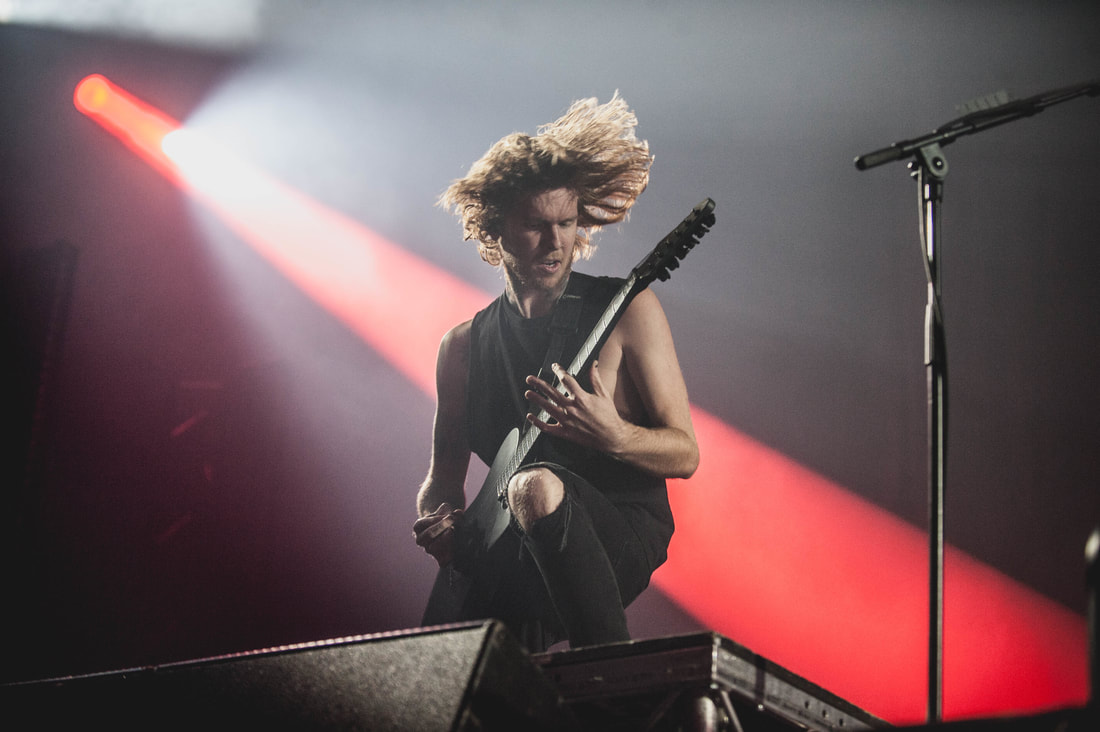 SM: What advice would you offer to bands who are just starting their music journey?
OM&M: Don’t be discouraged, follow your own passion. We never thought our band would be even able to leave California, let alone tour the world and be a band for 10 years. Don’t think too far ahead and be honest with yourself and your passions. Make honest music, write from the heart, feel music from your heart. Don’t do what’s cool, do what excites you. It’s a whole different world now, I used to call bars to get my band booked and now with the internet and Spotify, being a musician has never been easier, with this age, as long as you are honest with yourself. You have to have your integrity and your honesty and everyone will try to take it away from you but you have to know in yourself that you follow your heart and your passion in music. This world is not for everybody and it takes a sacrifice but it is worth it. Be ready for changes, but music and creativity will help your through it. Don’t have expectations, just have fun.