INTERVIEW: Everything "I Am Human", The Creative Process & More With Escape The Fate's Robert Ortiz 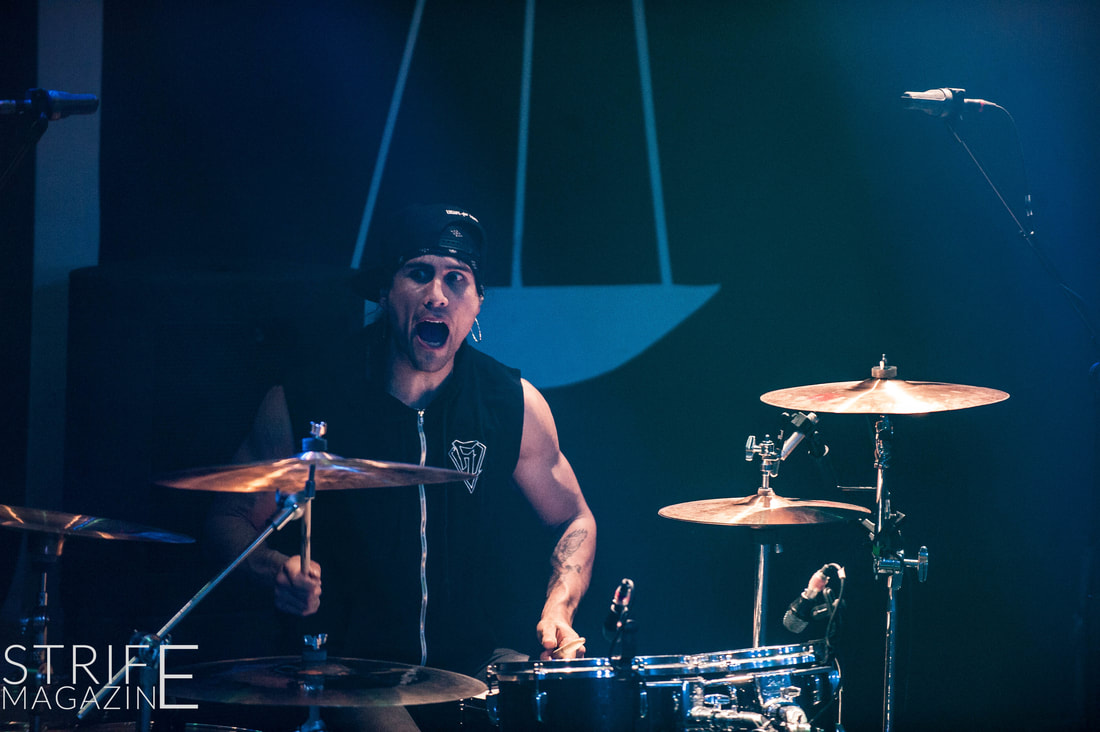 Escape The Fate are finally releasing their highly anticipated new record "I Am Human" tomorrow (March 30th). Prior to the release of the album, Escape The Fate spent some quality time in Europe to promote the upcoming release, as well as play some old fan favourites. On this trek through Europe, Escape The Fate also performed a stellar show in Amsterdam and we were lucky enough to have a wonderful chat with the band's drummer Robert Ortiz, who's also responsible for a lot of the band's lyrics. We hung out with the drummer to talk everything "I Am Human", the ever-changing music industry and the exceptional newcomer I Prevail, who Escape The Fate recently supported on their massive United States of America tour. Ortiz had a bunch to share about a bunch of different topics and you can read all about it below! 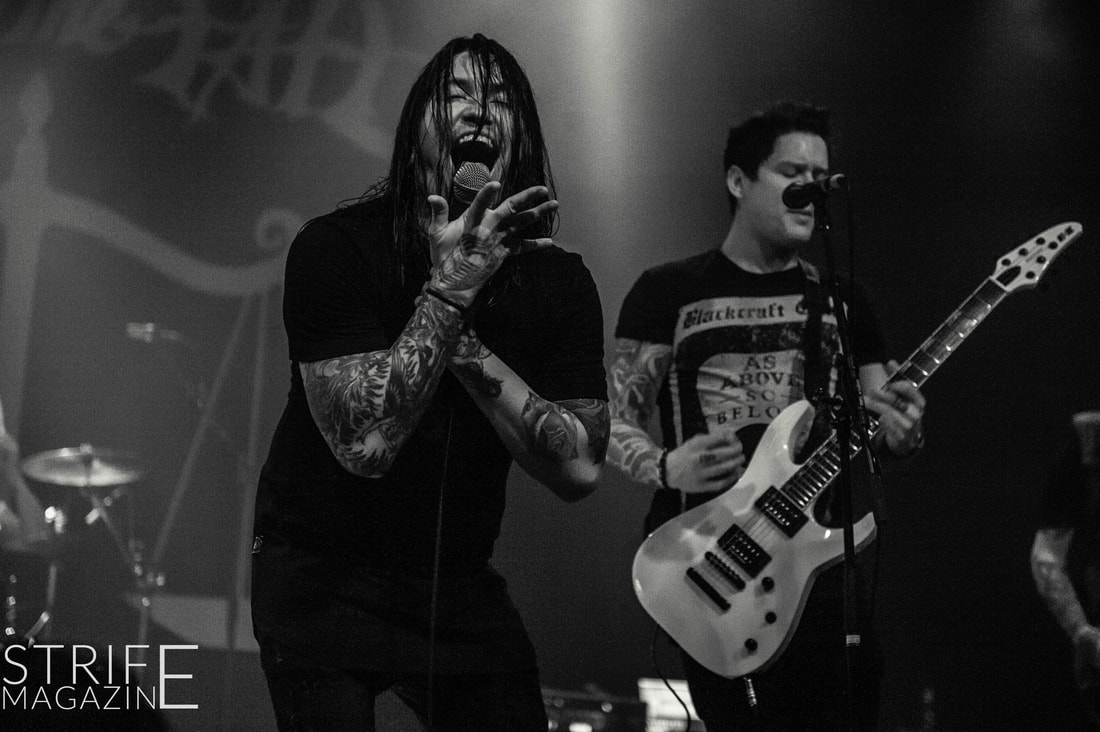 SM: Thank you for doing this and taking the time!
ETF: No, thank YOU for taking the time to listen to me and whatever it is I have to say about my band.

SM: First of all, how are you?
ETF: Excellent, because the tour is going very well. Every show has been pretty awesome, except for a couple of places where we've never been so it was new and a little awkward but I think we won some new fans over and I think they will back. We’ve been focused on staying full of energy and making sure we are in the best condition to get our music out.
SM: You’ve performed quite a few times in this venue and you’re back in the Max. Excited?!
ETF: It feels good, but it’s nerve wrecking because the band has had some ups and downs.

SM: You recently wrapped up a tour with I Prevail, what was that like and have you picked up some new tricks?
ETF: They are a great excited young band, I had heard of them 3 months before and I was like “why are so many people into them, what is going on?” but it is easy to see why they are growing so fast. They put on a great show and when I look at them I get a little sad because they remind me of when our band was young and we didn't take any advantage of the opportunities like they are. They are doing everything right, they're businessmen, they know how to put on a huge show and bring great bands and make it an actual event. We gained a lot of fans because of them. 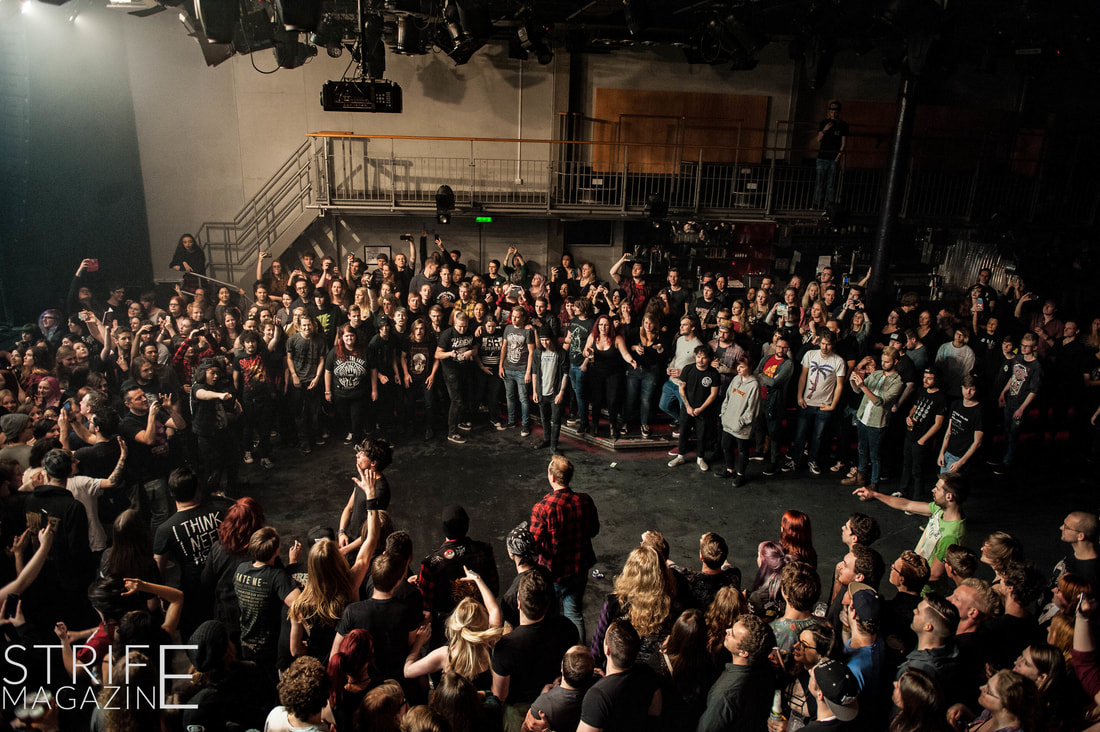 SM: Could you tell us something about the theme, the red line of the upcoming album as well as the lyrical content?
ETF: Again, it is diverse, the one thing that is revolving, we do touch on every single bit of emotion that you have. There are songs about drinking and partying and to excess but it is part of life. There are things with our families and relationships, some real issues there that we needed to get out so there are songs about putting all that together. Every song is a piece of what makes you a human being and the song ‘I Am Human’ is the center point. The album is pretty much about being straight forward, no bullshit. It was hard to write some of those songs and relive them. This record was therapy.

SM: What about the artwork?
ETF: More of the same thing, everything is about balancing the heart and the mind, things that you should do and should not do and taking chances against your better judgement, you never know when you should follow your heart, your heart is selfish and it wants things and is never satisfied. You should actually never follow your heart, it will take you off the path. Your mind really represents that sort of that thing that keeps you in line and makes you do what you’re supposed to do, but your heart makes you experience things and have those adventures and meet people and not play it safe so that balance is what the album is about and the artwork is about and life is about.

SM: I saw on your FB page that the album has been delayed a few days ago but the album is already done right?
ETF: The album has been done for a long f*cking time, that is label stuff. We found out just like you guys. The label invests a lot of money into us so we have to take their opinion. We’ve had the fortune of having labels that don’t get involved in the music, that is ours. When it comes to the strategy of promoting the music and how were gonna deliver it and how its gonna have the most impact, they believe it might be the better strategy. Hopefully it doesn’t piss off too many fans, because that was never our decision! If it was my choice, it would have been released as soon as possible.

SM: Given the fact that it was actually completed 8 months ago, have you already been back at it, writing some new songs?
ETF: Yeah, that’s one thing now that doesn’t stop. I’ve fallen in love with writing, I write a lot of lyrics and I have continued doing that and Thrasher is always creating riffs and is always creating, we love doing it. 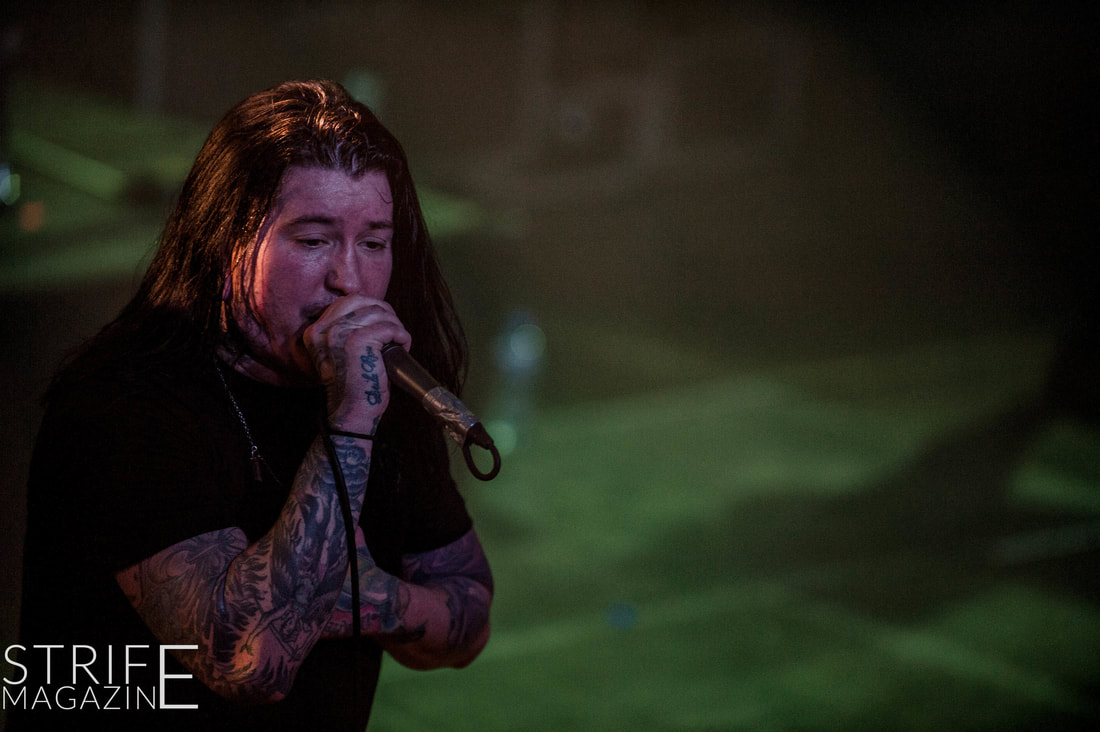 SM: We were curious, you won the radio contest to open for My Chemical Romance, resulting in the record deal with Epitaph Records. What was that like?
ETF: We did win the contest to open for them and we did get the record deal, but we were already in a bidding war with other labels and we were in the process with Epitaph, but to put it on top, MCR chose us to open for them, so then we could ask for more money, because even My Chem liked us, haha. It was the cherry on top and it was absolutely awesome.
I wasn’t a fan of MCR at the time, so I didn’t appreciate the band I got to open for enough at that time. A year of two later they came out with ‘The Black Parade’ and I listen to it every week and it is one of my favourite albums ever and I wish I’d known back then that they were gonna put at that amazing record, do an amazing tour and then that they were gonna be gone forever.

SM: What advice do you have for bands who are just starting their music journey?
ETF: Damn, that is a tough one. In terms of the actual business side of things, I can’t tell you, because the music industry is always changing, so how I promoted it back then is very different than how you promote it now. I don’t even know how I’d get a fan to a show now. Does a record label matter now? I don’t know. What I do know is that you f*cking work your ass off and you absolutely must be obsessed. There is nothing else. At the time, my wife (then my girlfriend), she knew she was second. She is not anymore but back then she knew it, I was gonna live that dream. If you wanna be successful, there is no other way, no shortcuts, if your guitar player pisses you off, suck it up and work as a team. You never achieve your goals, don’t ever be satisfied. So be obsessed and never be satisfied.