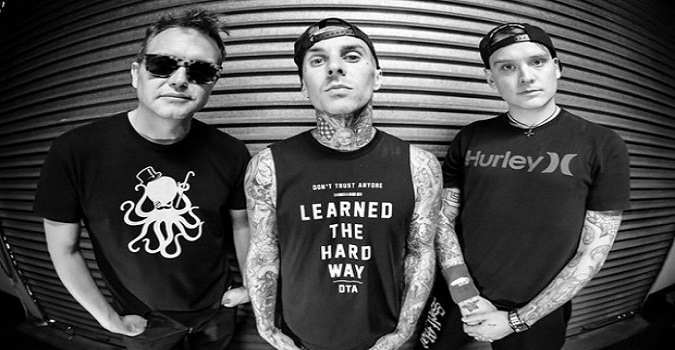 UPDATE: A Day To Remember and SWMRS have also been announced as support act for the German arena shows.
​Dates can be found on the poster at the bottom of this post!

Blink-182 have announced a show in Rotterdam, The Netherlands a while back and today they have revealed who will be joining them for this massive show.

Direct support will come from A Day To Remember, who played the last show on their European tour last night.
Opening act will be new poppunk act SWMRS.

Tickets are already one sale and the show will take place on June 26th in Ahoy, Rotterdam, The Netherlands. 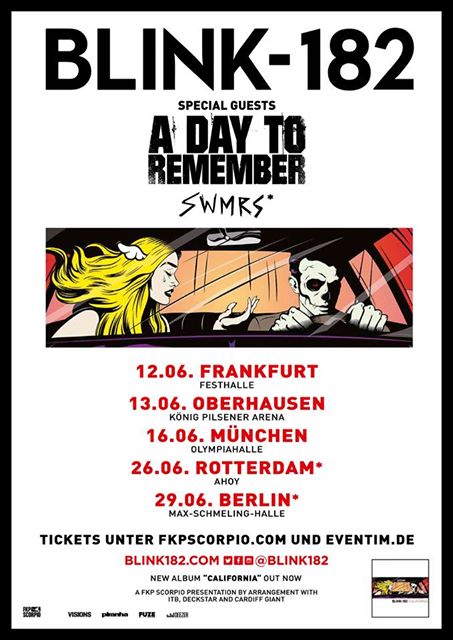