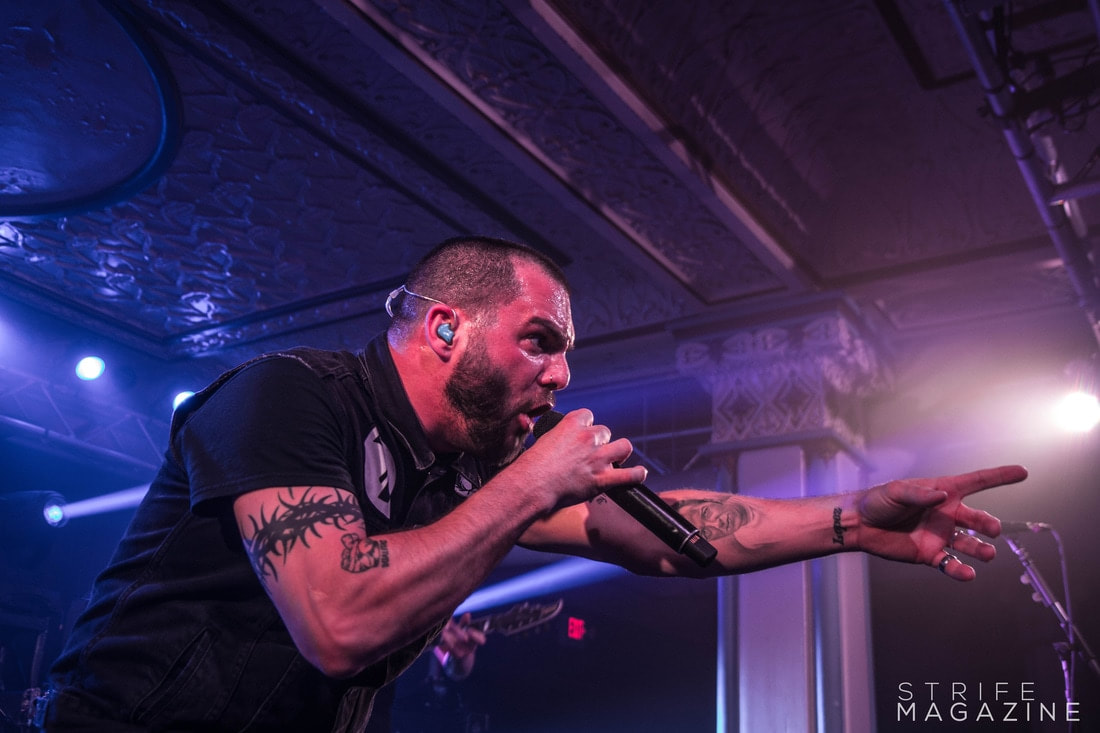 Killswitch Engage played the O2 Arena in London this past Friday night, however it was not just their regular set: The band was joined on stage by no other than their former frontman Howard Jones!

Together, they performed the Killswitch classic "The End Of Heartache", with him and their current frontman Jesse Leach on vocals.

​Leach later posted a photo of the two of them via Instagram with a heartfelt caption, which reads:

"I’ve watched the members of Killswitch live above the nonsense that most all bands go through when dealing with parting ways with a band member. There weren’t headlines about their issues or personal brawls & disrespecting anyone’s character. They had their issues Howard had his & they parted ways."

"Here we are over 6 years after my return & I’ve seen those issues dissolve, be forgiven & friends reuniting behind the scenes. This level of respect & friendship is admirable & I’m honored to be a part of it. I wasn’t close to Howard during all of this & it wasn’t my business to talk about it. However now I consider Howard a friend. So I decided to shine light on the positive aspects of this history & relationship by extending a hand of solidarity & recognition. So I asked him to sing on a song for the new album (which he did) & now to join us on stage to sing a song with us."

"I understand we are different vocalists & some people have a preference. Hell prior to my vocal surgery I wasn’t sure about my vocal performances, it was rough. However I’ve learned a great deal since then not just about proper technique but about the power of words, music & having a voice. After having a second chance at this as a career I decided to use this voice for what it was intended for, to bring people together. I also feel I have to recognize all of the hard work Howard put in for 9 years with KSE. I am a fan of his work and now his friend & I want him to do well [...]."

"THAT is what this is about, respect and solidarity, not division & comparison. Killswitch isn’t changing its line up & my ego or insecurities will not dictate how I carry myself in my career. My friends have overcome & forgiven so I take this opportunity to show my solidarity and respect for that. Support both bands, focus on the beauty of friendship and stop wasting time on comparison and a possibility that has no bearing on reality. Make this about what it is, the power of friendship, forgiveness, humility and respect! [...]"

And while it's hard to top this Instagram post, there's still that special performance of "The End Of Heartache" featuring both vocalists, and it's pretty badass!

Check it out through some fan footage below: