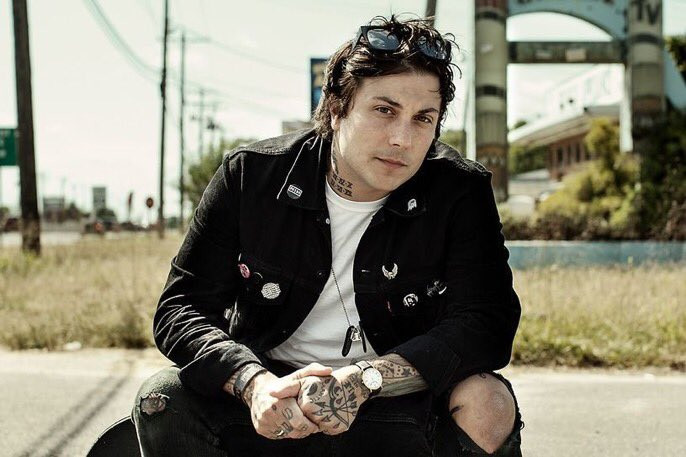 Frank Iero has released a new track with his new band Frank Iero and the Future Violents two months ago, called "Young & Doomed", which is the first single off of their upcoming record.

In the track he makes a reference to a My Chemical Romance track.

In the second verse, he sings "Cause kids are so unkind, to kids of different kinds. And I promise that I'm not okay, (Oh, wait, that's the other guy)" - referring to "Three Cheers To Sweet Revenge" track "I'm Not Okay (I Promise)".

When speaking to Hysteria Magazine Frank Iero talked about this reference:

“I don’t know if I was purposely trying to stir shit? It was more that I liked the idea of breaking down this fourth wall.

To me, it was very much like reading a comic and you find out that two superheroes are in the same universe even though they don’t necessarily interact. I like the fact that it called back to previous work.

Yeah, I knew that it was going to cause some disruption for others, but what I was hoping for was that attention would be brought to what I was actually trying to say within the song.”

Had you noticed this reference already? What are your thoughts on it? Let us know by rating this article below or by commenting on our social media!