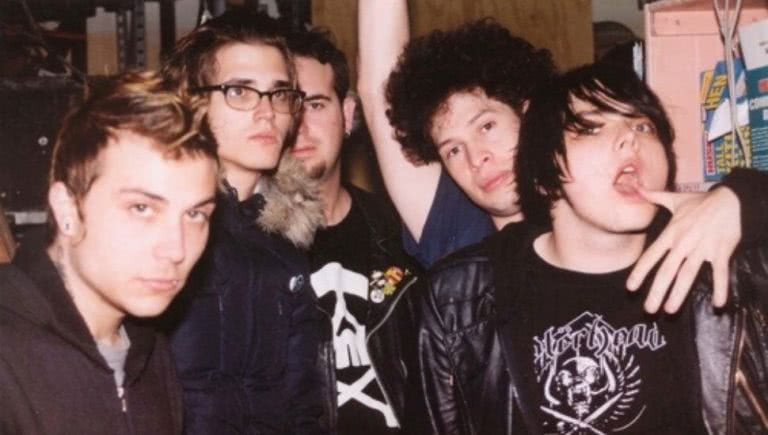 When asked about the writing process they used in the olden days, Way shared the following:

“Toro was writing a song with his son. And he said it reminded him of the early days of working with me because he said his son was basically walking around pacing singing melodies. Ray had a guitar and was kind of translating it and that’s how it was in the beginning. I would just kind of pace around smoking a cigarette and then I’d be like, ‘no, then it goes here!’ And I’d sing the melody and Ray would go, ‘okay it goes there.’

READ MORE: Frank Iero Opens Up About My Chemical Romance Breaking Up In 2013

We would get excited about certain things in terms of what we thought was going to be something that communicated very successfully or at the very least something people liked. We never really thought in terms of radio hits or anything like that.”

They also talked about how My Chemical Romance’s first song was created, 'Skylines and Turnstiles' off of their debut full-length album 'I Brought You My Bullets, You Brought Me Your Love'.

“Actually the very first My Chemic song ‘Skylines and Turnstiles’ I did write on guitar. So it was a tool I used sometimes. I wrote a good deal of ‘Vampires Will Never Hurt You‘ on the guitar…Frank and Ray had a way of making the chords I was singing the most interesting they could be. It would be like an improved version of what I was singing. It would feel very My Chem.”

You can check out the full interview below and let us know your thoughts!