How Scream 2022 Ranks Among the Originals

Scream has become a household name for the horror genre since its initial release in 1996. Since that first film, we have gotten four solid entries with themes touching on loss, infidelity, and the overarching weight that suburban mothers have on their shoulders that horror movies can turn their children into killers. But after almost 30 years of the franchise, how does the newest entry, simply titled Scream, rank against the others? Please be warned, spoilers are coming up for all five films.

Scream 3
With a series as short as Scream, even the lowest on the list is more than watchable, and even enjoyable. That being said, there has to be something in the bottom of the totem pole. Scream 3 was released in 2000 and left a little to be desired. With a returning cast of characters (including post-Mortem Randy), the film had a decent setup. However, its faults start with the weird hallucinations our protagonist, Sidney, is plagued with throughout the whole journey. This, along with the out-of-nowhere twist involving a long-lost brother, just put this movie more into the category of comedy with some horror elements.

Scream 2
In the long run, Scream 2 and 3 are rather close in ranking. The second entry in the series feels a lot more in the cookie-cutter structure built by the original. Our whole team (minus Loomis and Macher) are back, and it feels like a true sequel. The meta conversation about horror movies is very apparent, which is usually hit or miss for viewers. The film carries a decent twist ending that holds some merit, and even breaks our hearts a bit with the death of Randy (even if we thought he was annoying).

Scream 4
The “10-years-later” cliche fills out the fourth film in the series and the third entry in our list today. After the third film and roughly a decade without hearing of the Prescott story, a solid reboot came into our lives. While this one may have felt like it pandered a little too much to internet-obsessed teenagers, it did some of those aspects well. Bringing back the OG cast plus some new faces breathed some life into the series in an enjoyable way and gave us a twist that was unpredictable, new, and that actually made sense (I’m looking at you, Scream 3).

Scream (2022)
A surprising placement for a “requel”, Scream 2022 blew many of our minds and was a solid reboot for once in horror movie history. The movie's strengths showed in character development, commentary on the horror scene in the 2020s, and with the legacy characters that returned. Compared to the others, this has to be the most gut-wrenching part of the series with the fate that Dewey meets. Furthermore, the score perfectly cements this film as one of, if not the best, reboots of a classic series. Plus, apparently, there was an appearance from Stu. Did you catch it?

Scream (1996)
For a series like Scream, putting the original anywhere but in first place can be considered sacrilege. In this film’s case, Scream, it deserves to take the top spot. A meta slasher/whodunnit that sparked inspiration for many other movies (Cabin in the Woods, namely) was unheard of and brought new life into the genre. The inaugural film brought us likeable characters to the point where the twist ending hurt. We never wanted Sidney’s boyfriend to be someone dangerous to her, but alas Skeet Ulrich’s amazing performance as Billy Loomis was exactly that. The pair of killers rounded out by Matthew Lillard’s Stu Macher created what may still be the most iconic movie killer duo, even almost 30 years later.

There’s our list for how the Scream movies, including the 2022 addition, compare to each other. Do you agree? Be sure to check out Scream 2022 in theatres or at home once it’s out. 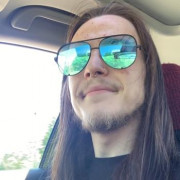