In This Moment's "The Witching Hour": A Theatrical Masterpiece That's Impossible To Put Into Words 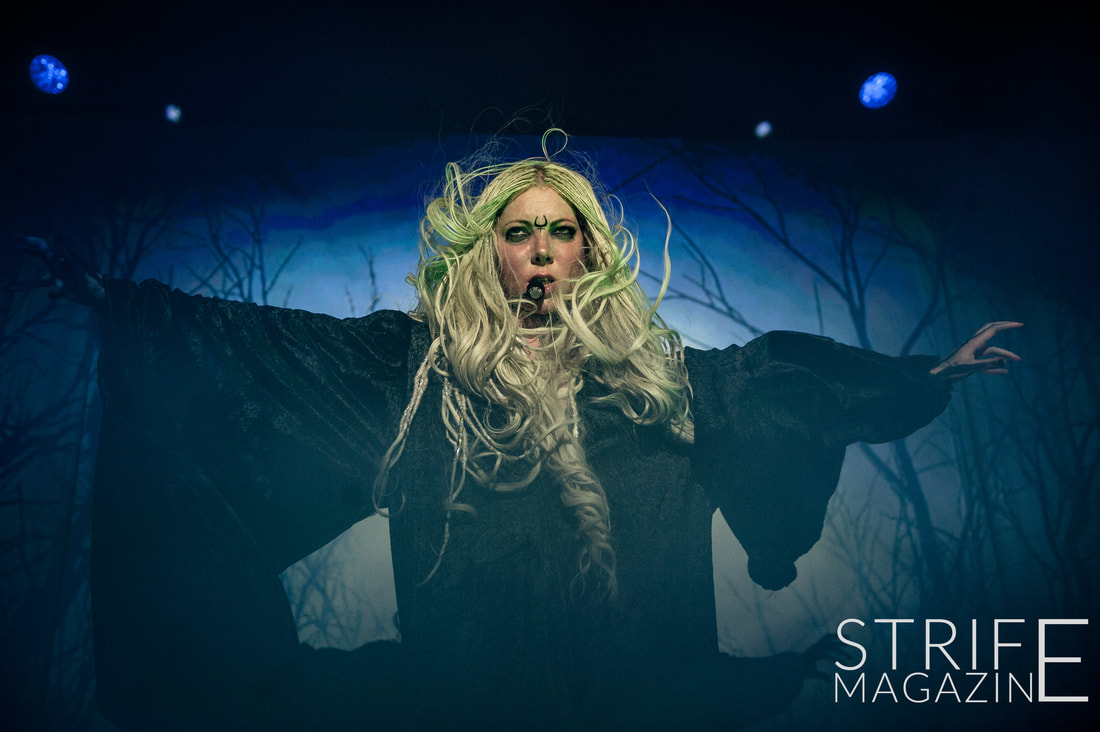 In This Moment, one of the most theatrical bands in the scene finally returned to Europe after being absent for way too long. With two cancelled tours back in 2016 and a lot of caused frustration with the many, many Northern American tours they have done in the meanwhile, it was finally time for In This Moment to return to Europe and more specifically to Amsterdam.

Beforehand, we checked out the setlist of the show, and were once again left confused and frustrated learning that the band are only going to perform 11 tracks, with a severe lack of tracks from the band's 2014 record "Black Widow". This frustration peaked when the band also kicked off their long overdue show approximately 20 minutes later than scheduled.

The lights went out and the band portraited a video on the canvas that was covering the stage, playing the "Ritual" opening track "Salvation", which is an instrumental introduction to the record. When the last notes of "Salvation" were played, the canvas dropped and before us stood a determined In This Moment. Props, dancers and a small canvas armed and ready, our frustration disappeared like snow before the sun and was instantly swapped around with goosebumps and high anticipation for the band's performance. 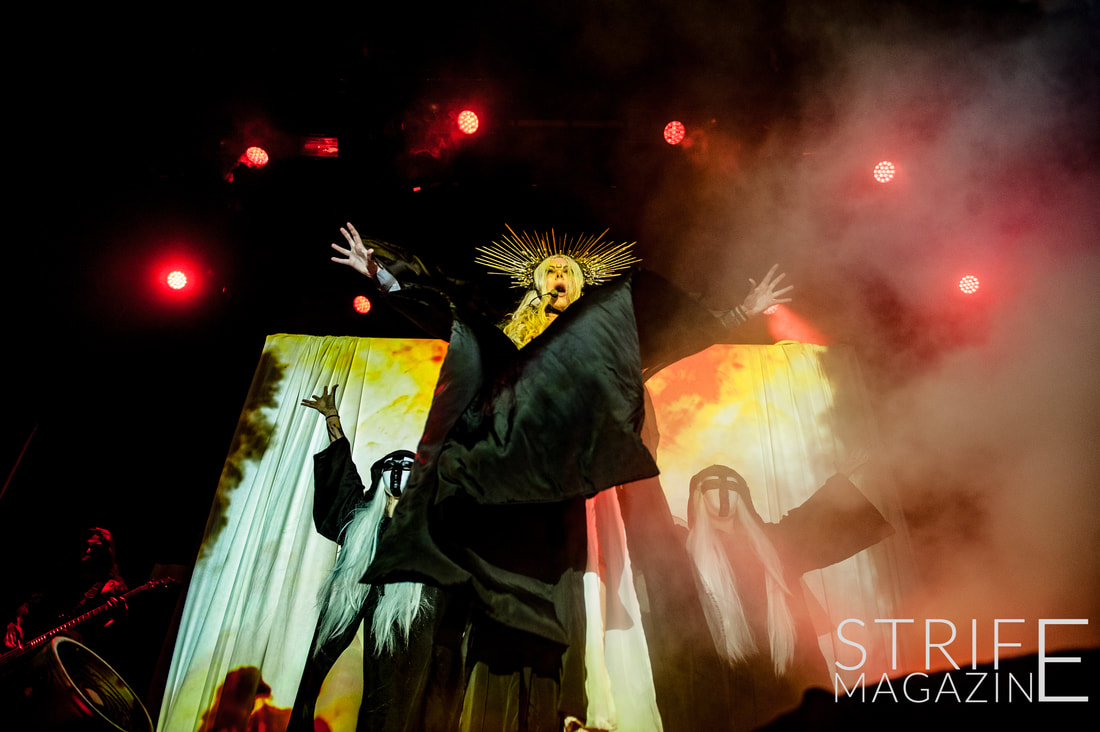 Maria Brink was clothed like in the press photos for the new record "Ritual", which was an impressive sight to start the show with. In This Moment bursted into song with the track "Blood", taken from the band's same-named record released back in 2012. It became instantly apparant that eventhough the lack of support act, the delay before the band took the stage and the minimum marketing surrounding the show, In This Moment were not messing around and brought absolutely everything in their arsenal for their shows across Europe.

â€‹Each track on the 11-song setlist was in a completely different setting, with a new video portraited on the canvas, frontwoman Maria Brink and her lovely dancer switching outfits and masks almost every track made for a truly spectacular show. I would not be able to put it into words even if I wanted to. 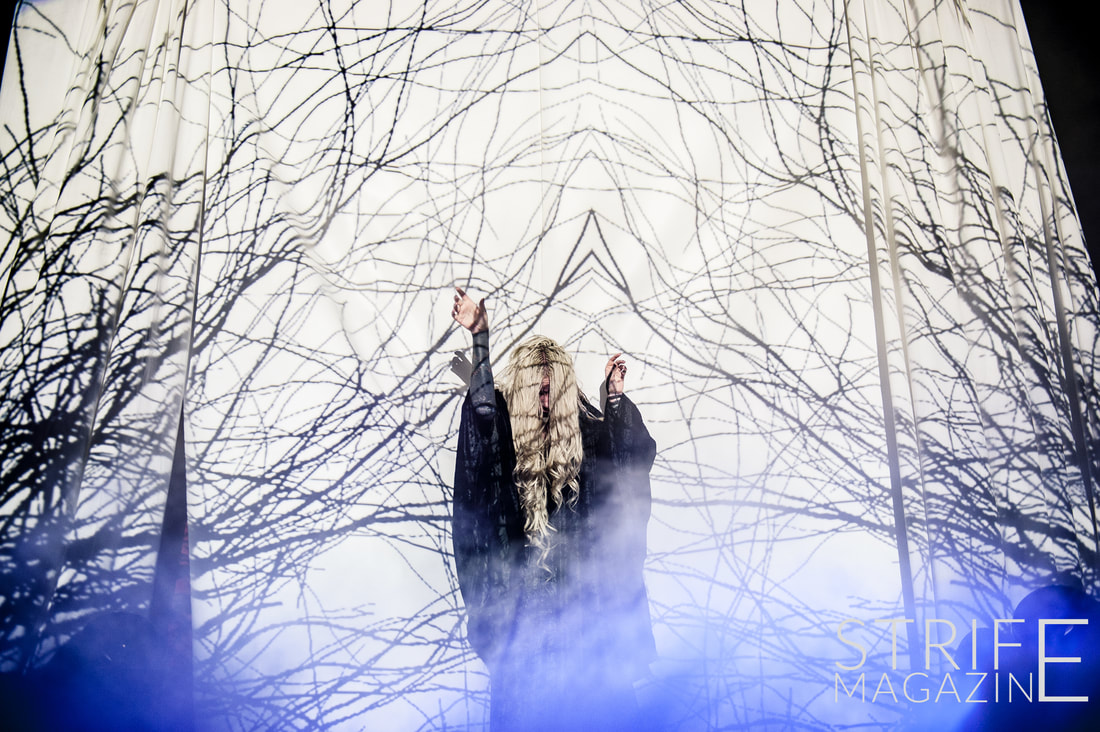 Staying true to the aesthetic of their era's and particular tracks, In This Moment portrayed true brilliance when putting on their outstanding show. It was moody, it was disturbing, it was creepy and it was flat-out entertainment of the highest order. No effort nor cost was spared for the band's performance. While In This Moment's show consisted of high-energy tracks all around, about halfway through, the band took a step back to perform the track "Lay Your Gun Down", taken from the band's latest record "Ritual". After storming through some tracks with so much happening on stage, it was nice to be able to focus on just Maria Brink for a while, showcasing her beautiful and powerful voice that left many in the audience completely stunned and covered in goosebumps. 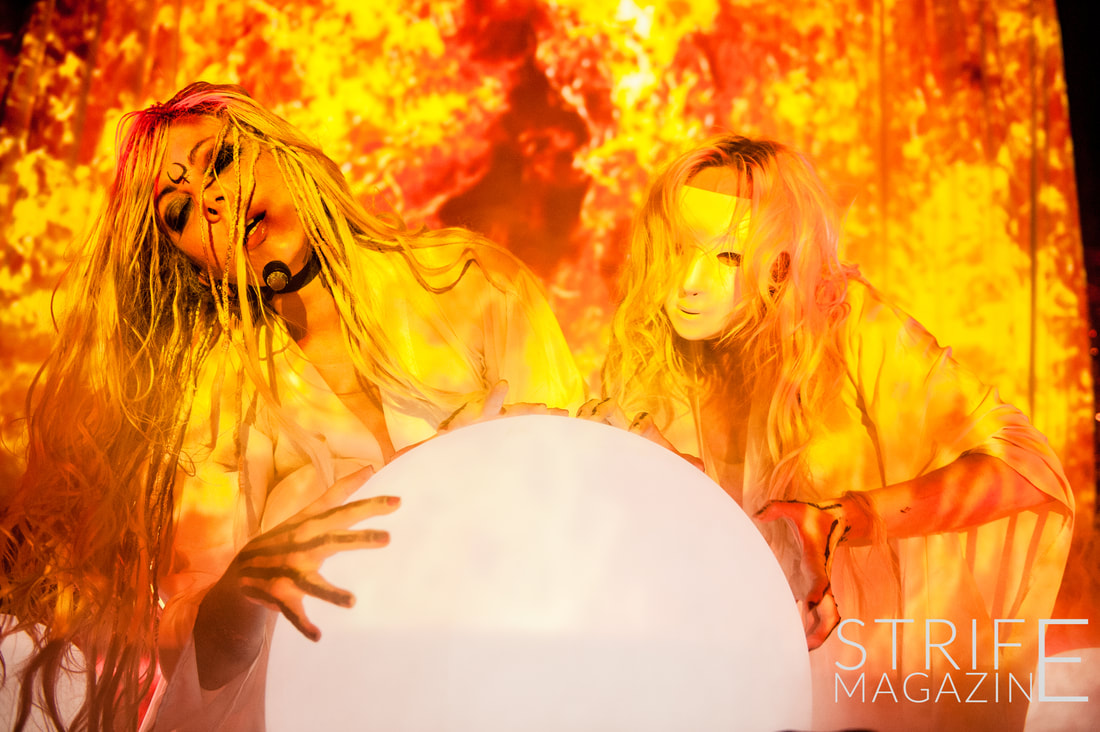 Towards the end of the show, In This Moment performed the only track off of the 2014 album "Black Widow" on the setlist that night: "Big Bad Wolf". The performance had an introductory video played on the canvas before Maria Brink and her dancer entered the stage wearing white dresses and wolf masks. The choreography and execution of the song took the already brilliant track to a whole new level.

Bottomline, I could go on for ages about the beautiful display the band put on during "Black Wedding", actually showing a wedding ceremony between Maria Brink and her dancer taking place, or the beautiful fire display on the canvas during several tracks or the iconic portraying of a "whore" during the performance of the popular track "Whore", but truth be told, I will never ever be able to put this extraordinary performance into words, hence the title of the review as well. 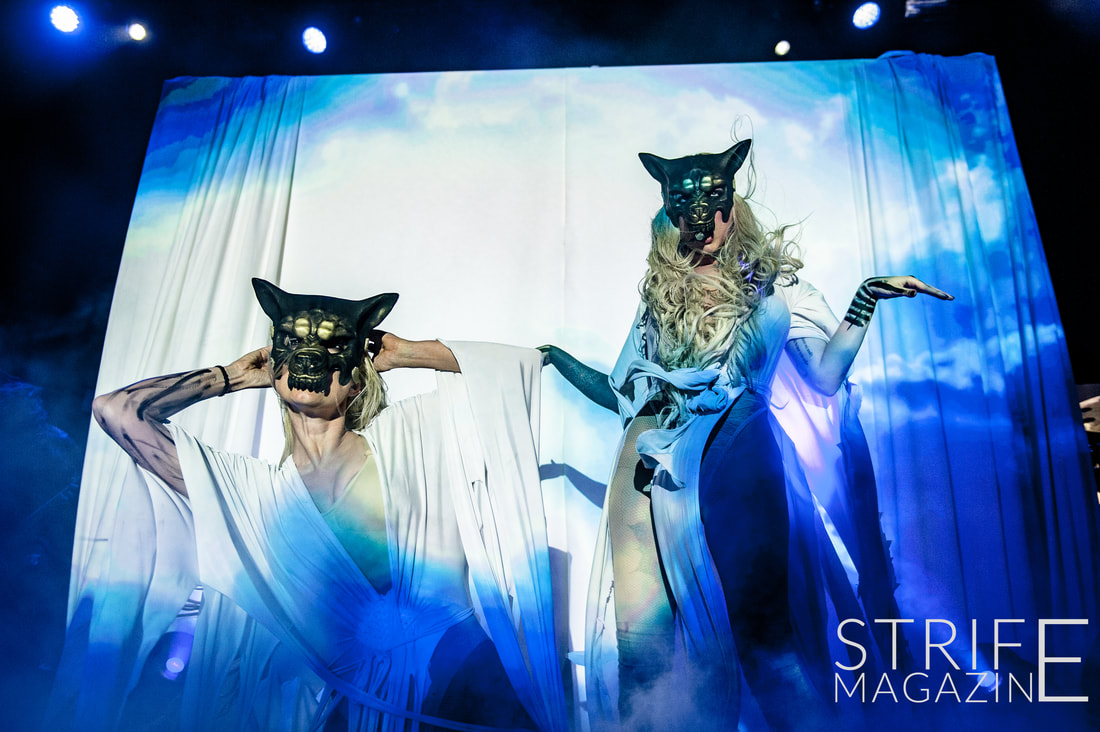 We've seen In This Moment about 3,5 years ago following the release of their album "Black Widow". This performance was stellar, but it was nowhere near the band's current tour surrounding the release of their latest record "Ritual". I've seen so many shows over the last couple of years, but in these years, I have rarely or even never seen a show quite like this. I'm still blown away and will most likely continue to be so in the coming days.

Where my words have failed to paint a mental picture, perhaps Eva van Kuik's photo gallery will give you a clear picture of the amazingness that went down in Amsterdam. Beware: there are A LOT of pictures in there. Enjoy!