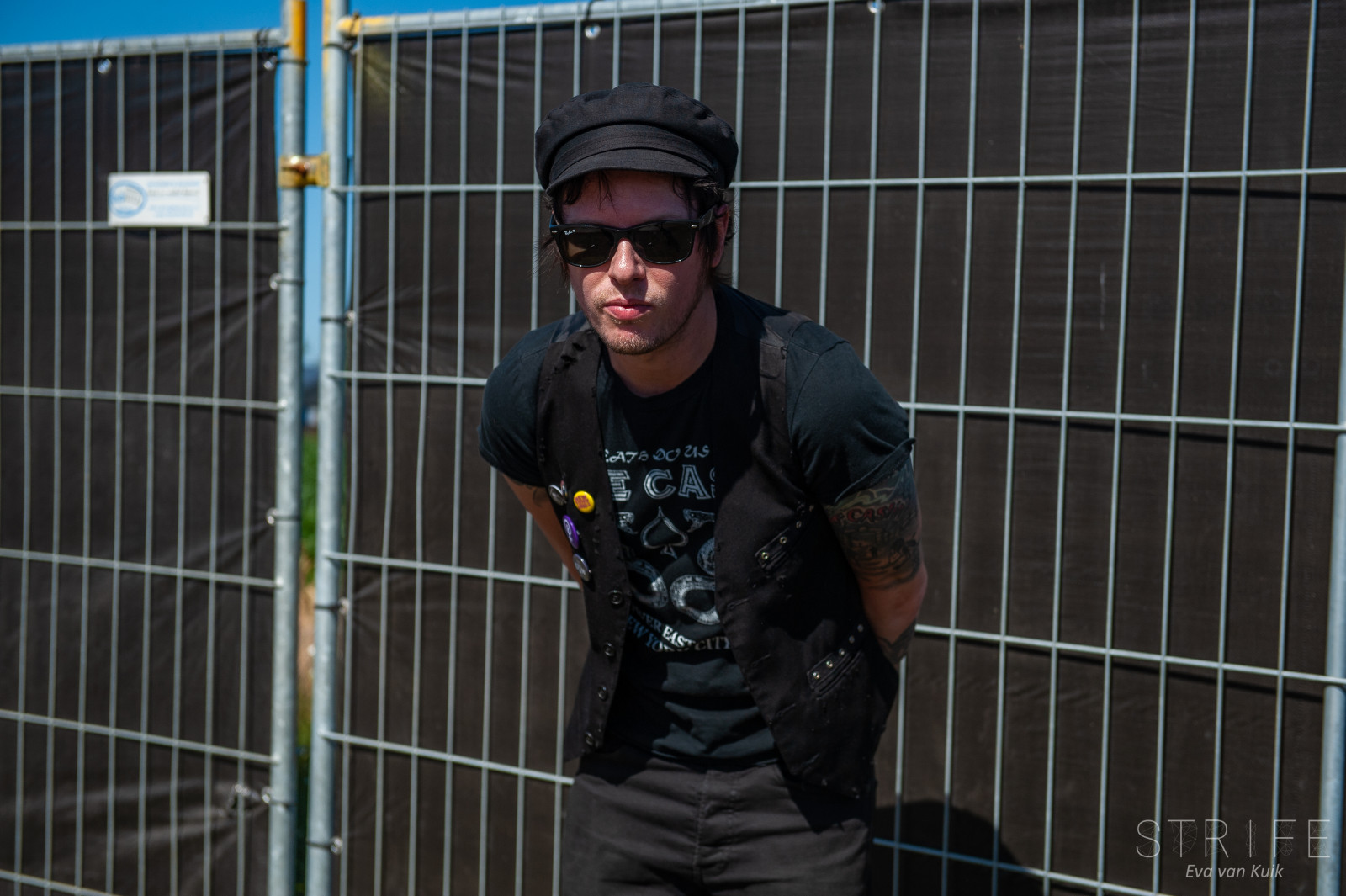 Sum 41 recently released their brand new album 'Order In Decline' and we sat down with bassist Cone McCaslin to discuss the new music, touring and collaborations with EDM artists. The band filled the slot right before the headliner at The Netherlands' rock and metal festival Jera On Air and we chatted with the musician merely hours before the show right after they did a signing. We discussed a variety of topics with McCaslin, but of course our focused laid with the brand new album 'Order In Decline', which was recently released via Hopeless Records. The band have been on Hopeless Records since their "comeback" album '13 Voices' back in 2016. Check out what we discussed with Cone right below!

How are you doing? & how was the signing?
Great, we just came from England and had a day off so we're all ready to go! The signing was very nice, a lot of people was very good!

Could you tell us something about the upcoming album 'Order In Decline'?
It's pretty heavy, it's aggressive. It's much like Out For Blood, it's a good representation for what the album sounds like. It's pretty fast, and there are lots of guitars. There are only two slower songs on it, but for the most part, it's pretty upbeat and heavy.

The album sounds heavy. How do you decide on a direction for a new album?
We never really talk about, I think after coming off '13 Voices' it felt natural for us to continue this way. We never sit down and be like "hey, let's make a pop album, or a heavy album", I think this is just what we're listening to now and what we are into. I don't think we'll ever get back to the really poppy stuff. We're growing as a band, getting better.. I don't know if the next album is going to be Slayer.. but we'll see, haha! We also have three guitarists in the band, and we want to use them! 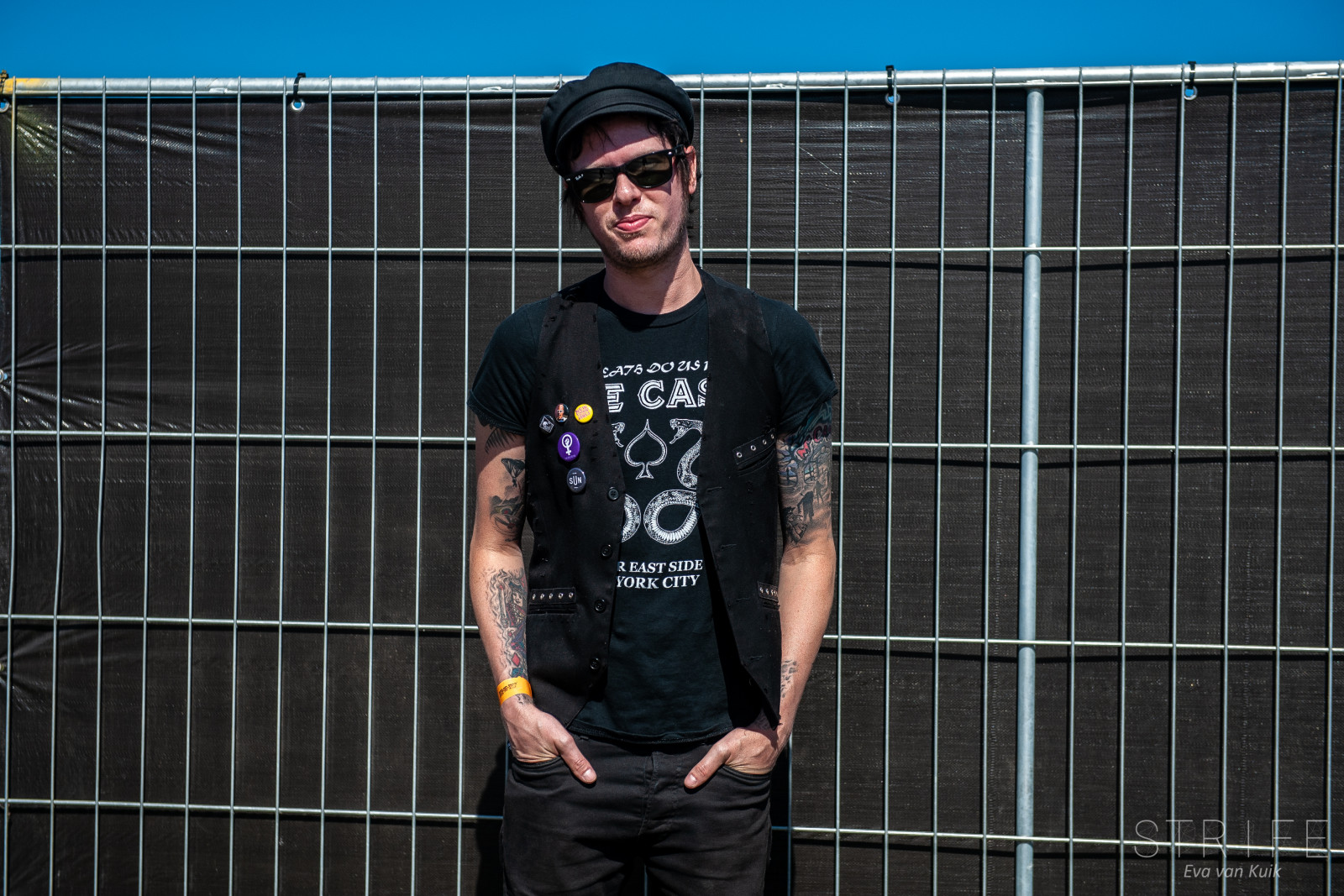 A lot of bands get more poppy overtime. This isn't something you guys can relate to?
A lot of the bands are going more poppy, but we don't really follow the musical trends like that. Our second record was 'Does This Look Infected?', and we came off 'In Too Deep' right into 'Still Waiting, which was a lot heavier. The record label was a bit confused. We always just kinda did what we wanted to do. We really should be going pop, it's the trend, but we don't do the trend. Our fans seem to still like what we do!

Could you tell us something about the album artwork and the title 'Order In Decline'?
The artwork: there was a guy who we found, he did a bunch of older Metallica stuff. This guy was sending over some designs, and we wanted to go for a kinda old-school metal design and he sends over a bunch of stuff with the logo and the skull and we instantly loved it. So we teamed up with him for the artwork of the album. He's doing a bunch of our t-shirts now as well!

As far as the title goes, basically it comes from the following: With the last album, we toured the globe and it seems that everywhere you go in the world has like their own chaos. The US obviously have their issues and division, but it seems like all countries have their own problems. Order is in decline around the world. The album has some political undertone, not just US but world politics really. It's just what we were thinking at the time, and what we saw on the news. On the tour bus we constantly had CNN on and just saw stuff happen around the world. The album has a lot of our opinions on it.. not too preachy, we just wanted to share our opinion on some matters. 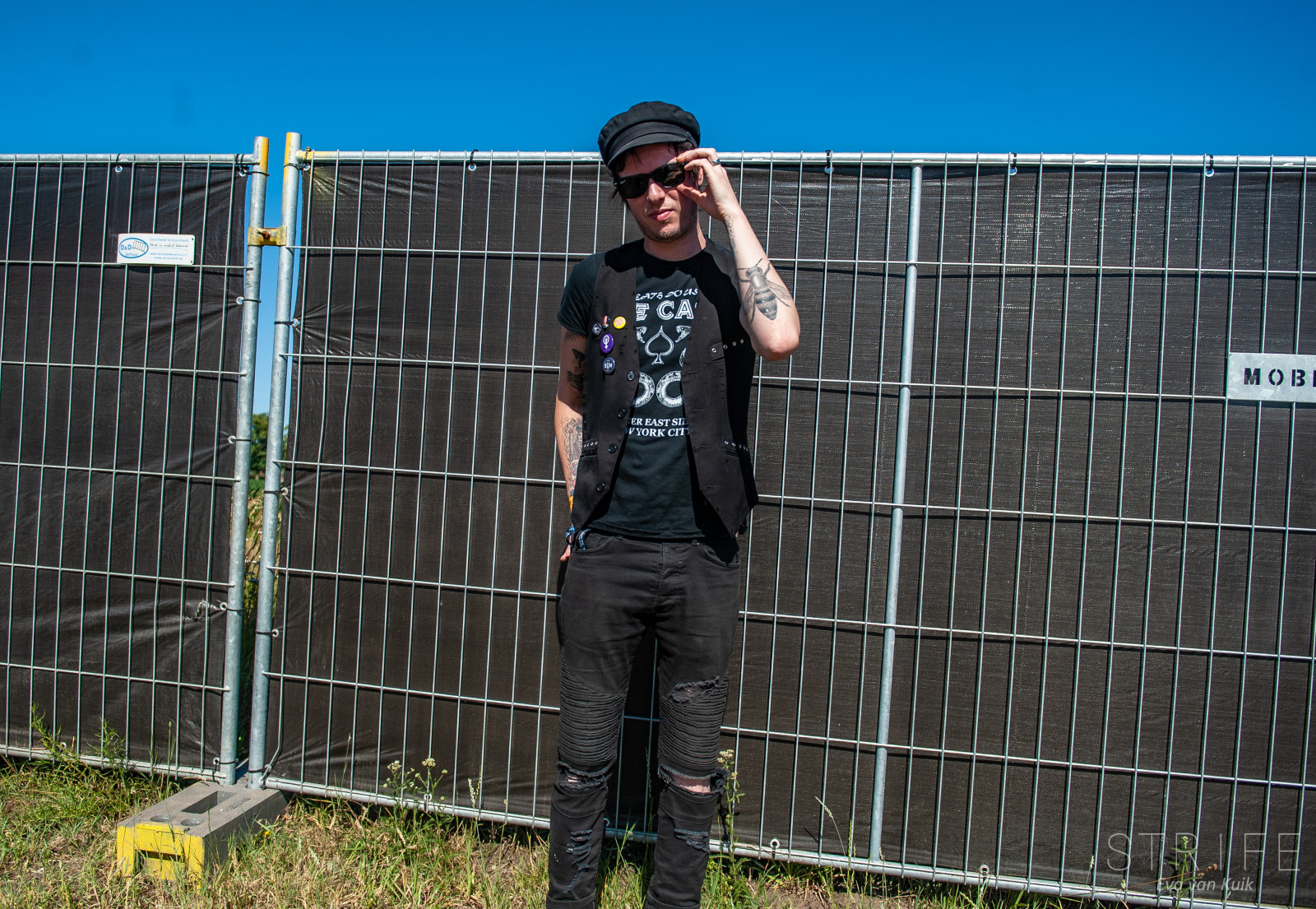 So, is it safe to assume that most of the album got written while you guys were on the road?
Yeah! There were definitely demo's made on the road and we took 6 months off after the last tour to finish the album and record it just to get back on the road again. It was a pretty quick process. We wanted to make an album that really translated well live. We wanted to see which songs from the albums we were playing during shows really did great live and got the crowd going and kind of took it from there. We want to make a record where EVERY song is just a fucking banger live. That's the idea!

Will you return to Europe anytime soon after the release of the album?
We will be back in Europe early next year. 2020 for sure, for a real full headliner tour!

You guys seem to tour Europe a lot. Thank you for that!
Rock is still really big here. In America it's still big, but it's a different thing. EDM and hip-hop are really taking over. I guess it's big here too but Rock is just really strong in Europe.

You see a lot of collaborations between rock and EDM at the moment. Is that something Sum 41 would ever be interested in?
Probably not. I don't think you would ever see us with a DJ. Maybe a collab with a rock guy.. more into our zone. I don't see an EDM - Sum 41 mash-up happening anytime soon, haha. To each their own, though!

So from your incredible and increasingly huge discography, which tracks do you (still) love to play live, both old and new?
I think an old one I still love playing is 'Still Waiting' and as far as a new song goes: 'Out For Blood'. When we released 'Out For Blood', we already started playing it live after like a week and it kind of felt like playing an old song. The crowds already knew the words after like a week and that is just the greatest feeling. It means fans are liking the new song and listening to that song. 'Never There', another new song is also great to play live. We just played it a few times but I really love playing that song too. It's a really personal song for Deryck and it's very emotional. A great song to play live. 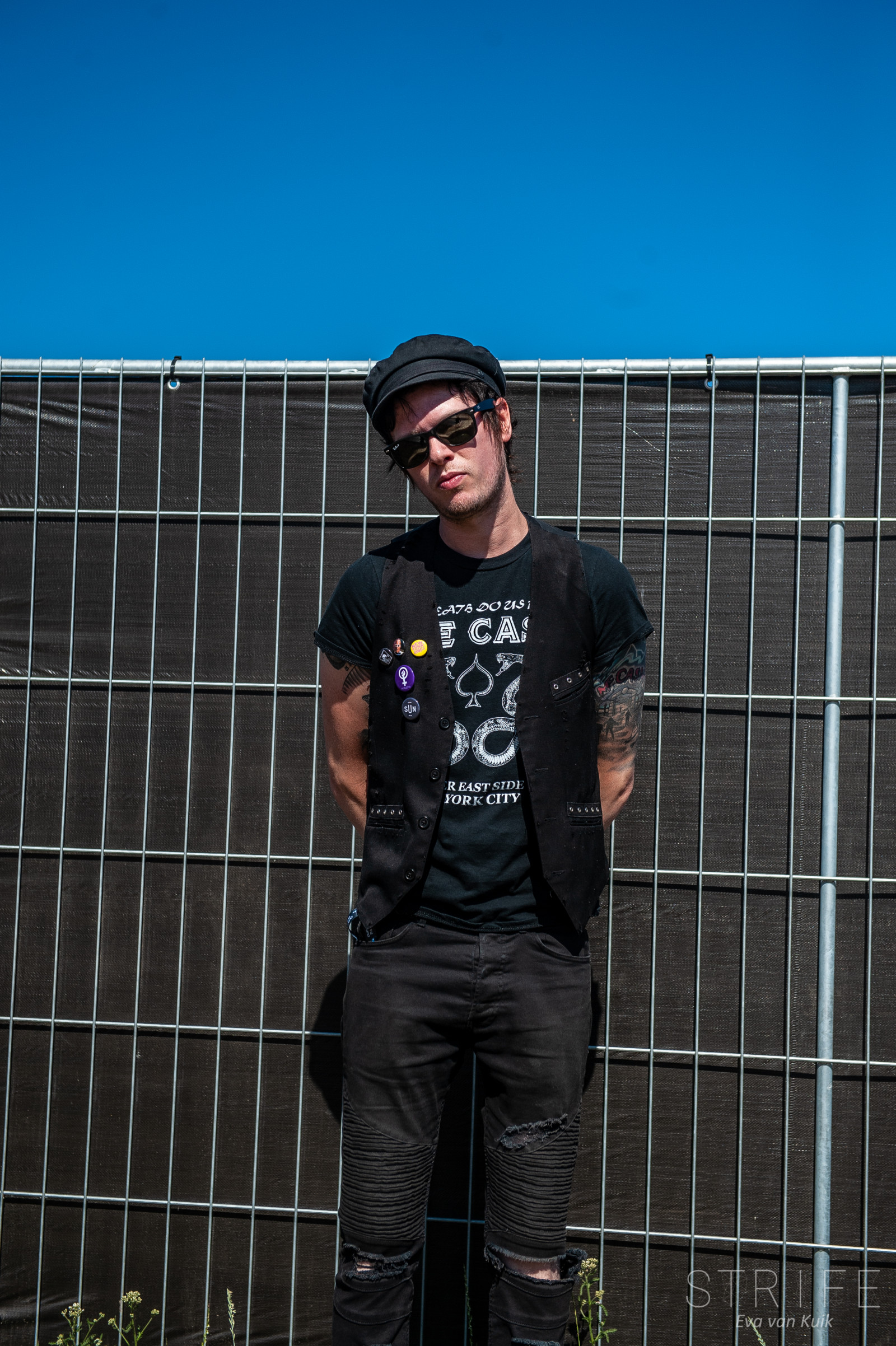 Is your setlist the same every night?
Our setlist is never the same. We make it a couple of hours before the show. At every festival we have a different set length, so we gotta pick and choose, you know. You can never please everyone.